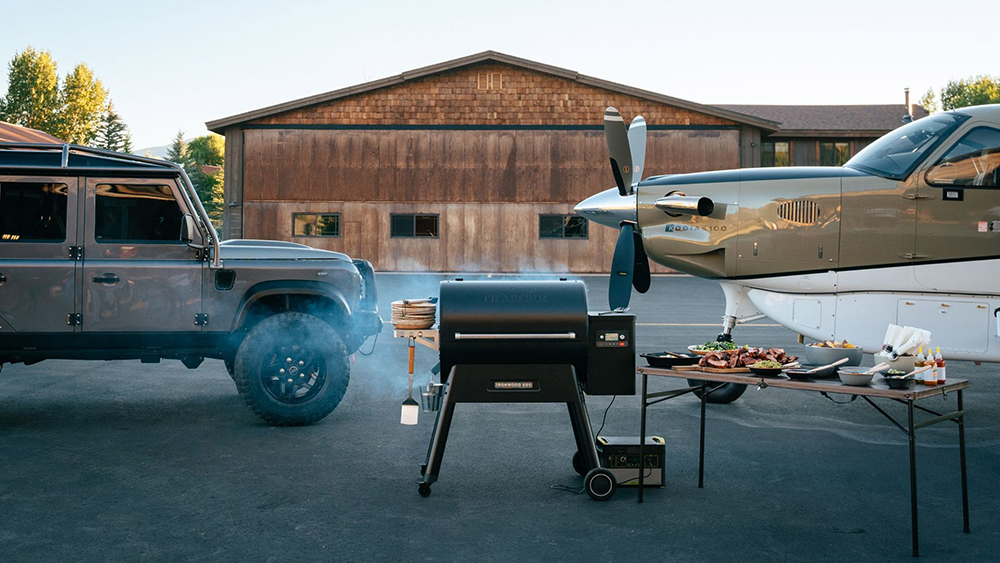 What does one pair with a custom Defender? A matching Kodiak plane, of course. So concluded Himalaya, one of the world’s most esteemed Land Rover restorers, which is now offering the formidable duo for a cool $3 million.

The package, created in partnership with Daher and Land Rover, was designed for intrepid explorers who want to venture beyond paved roads and into the unknown. For the seven-figure sum, thrillseekers will get a shiny new off-road-ready Himalaya Defender 110 and a Kodiak 100 Series II turboprop airplane, along with a custom-tailored trip to Himalaya’s new Experience Center in Wyoming.

As to be expected, the two vehicles have been meticulously built for adventures. The rugged SUV is fitted with a gutsy 300tdi engine, a manual transmission and a spate of heavy-duty components for rigorous off-roading. The Kodiak 100 Series II, meanwhile, has the ability to land and take off from far-flung landing strips and get to destinations that are simply off-limits to four-wheelers.

When it comes to aesthetics, the dream machines sport a complementary khaki colorway and customized badging to show that they are clearly kin. This will no doubt please the most coordinated of explorers. The interiors are also decked out with all the creature comforts to ensure you globetrot in luxury.

The best part? The trip to Himalaya’s Experience Center in Alpine will give you an opportunity to test out the duo in an ideal setting. This experience includes a backcountry trek with ATV off-roading and snow bike riding on a custom-built snowmobile.

“Interested buyers will not only be acquiring an aircraft that features the most advanced technology, but also an elite driving machine suited for any terrain,” Kodiak’s chief demo pilot and sales director Mark Brown said in a statement. “It’s an unprecedented bundle that offers endless possibilities for any adventure seekers.”

Understandably, the package is extremely limited and you can reach out to Himalaya directly for more info. This drool-worthy twofer comes on the heels of Porsche and Embraer’s limited-edition luxury pairing of a 911 Turbo S and Phenom 300E priced at $10 million. Can we request a Lambo and a Learjet next?