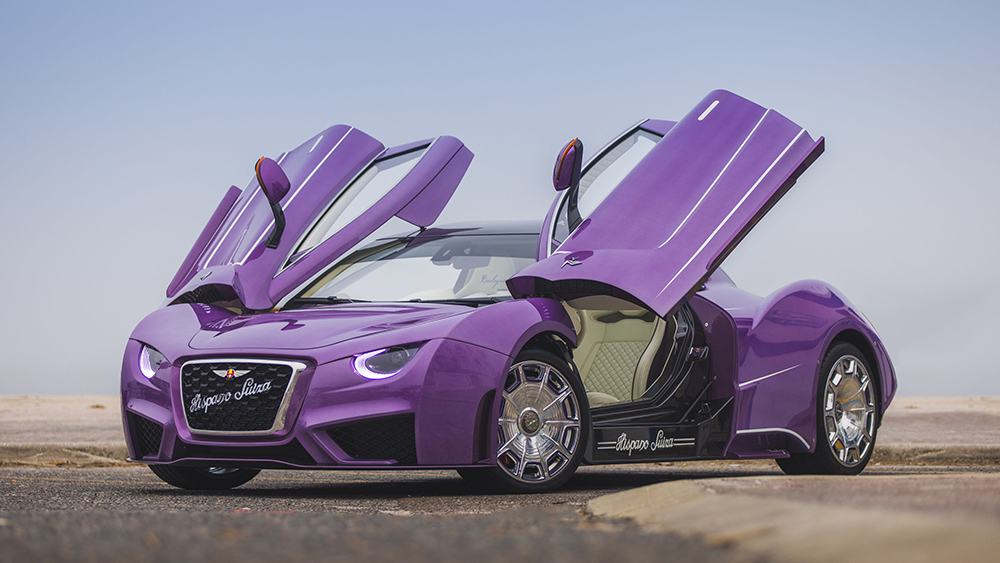 Michael Fux recently parted with some of his most prized supercars in an effort to pare down his collection. But old habits die hard.

The attention-grabbing hypercar was presented to Fux at the exclusive Amelia Island Concours d’Elegance over the weekend. While the American entrepreneur already owns more than 160 flashy four-wheelers, this is rumored to be his first electric ride. It’s also the first Boulogne to hit US soil.

“We are very proud to deliver this unique version of the Hispano Suiza Carmen Boulogne to our first client in the United States, and doing so on the occasion of the Amelia Island Concours d’Elegance allows us to show the world, and especially the American market, what Hispano Suiza can achieve,” Hispano Suiza’s Chairman Miguel Suqué Mateu said in a statement.

The Boulogne was presented to Fux at the Amelia Island Concours d’Elegance.  Hispano Suiza

To recap, the Boulogne is the quicker, more powerful successor to the Spanish marque’s Carmen EV that was released in 2019. Unveiled in 2020, the zero-emissions road rocket is capable of churning out a staggering 1,114 hp via four electric engines mounted on the rear wheels. The automaker says just 24 examples of the Boulogne will be produced.

Months in the making, the hypercar was custom-built by the Hispano Suiza team in Barcelona to meet the collector’s particular proclivities. The carbon-fiber bodywork is finished in a unique purple shade, known as “Ocean Song Rose,” which was inspired by the Fux’s favorite flower of the same name. In fact, Fux even sent one such rose to the design department so they could accurately reproduce the hue.

The hypercar is good for a gutsy 1,114 hp.  Hispano Suiza

The gleaming exterior contrasts with “Birkigt White” accents and a high-gloss black grille that sports the Hispano Suiza logo. Polished aluminum alloy wheels offer added pizzaz. The cabin, meanwhile, is covered with a matching “Birkigt White” leather and has the name of the model embroidered on the headrests.

Fux’s stacked garage houses an orange Rolls-Royce Cullinan and a pink McLaren 720S, among many other eye-popping models. EV or no, the purple hypercar should feel right at home in his garage.