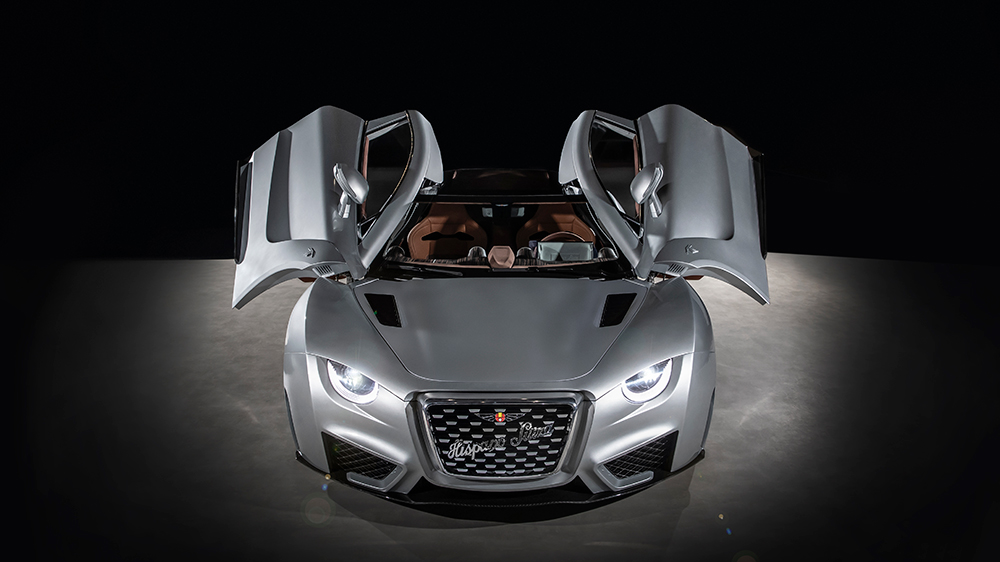 The Spanish automaker Hispano-Suiza (Spanish-Swiss), founded in 1904 by financier Damián Mateu and engineer Marc Birkigt, once rivaled Rolls-Royce as manufacturer of the world’s most advanced and opulent automobiles, but, by the end of the 1930s, it was out of the running. Fast-forward more than 80 years to the 2019 Geneva International Motor Show—the venue for the debut of the Carmen, a 1,005 hp electric coupe from the now hyphenless Hispano Suiza, designed in the tradition of Hispanos from the past. Like its forebears, the Carmen is not just remarkably powerful, impeccably crafted and exceedingly rare, it is also beautiful and stylistically daring. Noteworthy are the tapering backlight, fulsome rear fenders and dramatically scalloped tail recalling one Art Deco-era Hispano-Suiza that inspired its design.

More than merely appropriating the once-famous name, reborn Hispano Suiza is headed by Miguel Suqué Mateu, the great-grandson of the original company’s cofounder. “Launching the Carmen realizes a lifetime’s ambition for me and my family,” says Mateu. “From the early 1900s to the 1940s, Hispano-Suiza cars were famed for their exquisite luxury and meticulous attention to technical and engineering details. We created the Carmen ‘hyperlux grand tourer’ using this same DNA.”

Designed and built in Barcelona, the two-seat hypercar combines a fully electric power train using two 375 kW motors, one at each rear wheel and was developed with QEV Technologies, a company with extensive experience in FIA Formula E series competition. The Carmen’s carbon-fiber monocoque is wrapped in the same material as the body, which features scissor doors and a drag coefficient lower than the benchmark Porsche 918 Spyder. And while carbon fiber underlies the architecture of the interior, the surface employs plush leather, turned aluminum and rich wood, as did all the past Hispanos.

“The Carmen’s highly emotive and striking design is strongly influenced by the distinctive styling of the 1938 Hispano-Suiza Dubonnet Xenia,” says the brand’s design director Francesc Arenas, referencing one of the original marque’s most famous examples. The Xenia was constructed by French coachbuilder Jacques Saoutchik and penned by Jean Andreau, who designed aircraft as well as automobiles. Accordingly, the car resembles an aircraft fuselage and features the first-ever curved-glass windshield, which combines with the curved side windows to evoke a cockpit canopy. The sleek, torpedo-shaped body has sliding doors and a removable metal roof.

The car was commissioned by André Dubonnet (son of the founder of the eponymous aperitif company), who named it in honor of his deceased wife. In that same tradition, the new Hispano Suiza is named for—and inspired by—the unique style and elegance of Suqué Mateu’s mother, Carmen. The company plans to produce 19 examples between late 2019 and 2021, each with a projected price of approximately $1.7 million.