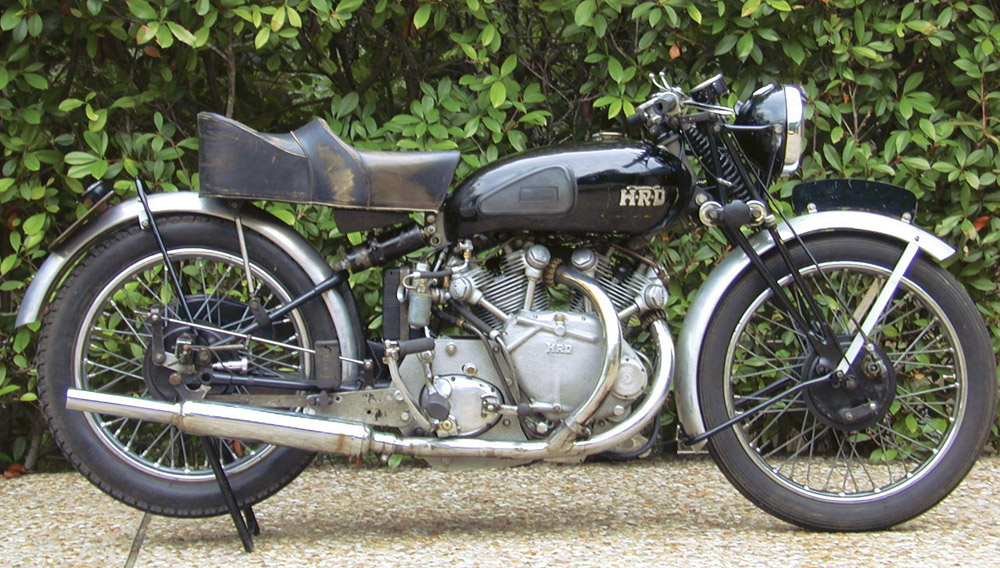 Herb Harris vividly recalls days from his youth when he would watch, awestruck, as motorcyclists took to the open roads around his junior high school in Midland, Texas. “They were like gods swooping in from the heavens,” he says. Harris’s father did not share his son’s adoration for motorcycles, but he recognized a good bonding opportunity when he saw one, so throughout Harris’s teenage years, the two always had a bike to share.

After Harris graduated from law school, years later, he took a job as the legal representative for a Kawasaki and Ducati dealership. The position not only provided the opportunity for him to use his legal training right out of school; it also included a bike to ride. Before long, Harris was earning enough to invest in a few bikes of his own. He started with Ducatis, but as his tastes evolved and he learned more about motorcycling history, his focus shifted to Great Britain. Harris transitioned to Triumphs and Nortons, but it wasn’t long before he discovered Vincents, which he deemed to be the pinnacle of British motorcycle design. “It was original thinking,” he says of how Vincent approached and built high-performance bikes during the first half of the 20th century. “The stuff worked like nobody else’s did. That’s what drew me to Vincent.”

The first Vincent that Harris acquired was, as he describes it, “a humble one.” But just as he had done throughout his early motorcycle-collecting career, Harris quickly upgraded. Today, the 67-year-old owns the Harris Vincent Gallery in Austin, Texas, a 2,400-square-foot shop and showroom where he and his team of mechanics annually restore and rebuild about seven Vincent motorcycles. Over the years, Harris has acquired bikes of impressive distinction, including Marty Dickerson’s HRD Rapide, which set a speed record of 147 mph at the Bonneville Salt Flats in 1953, but it’s the prototypes that are the ultimate allure to the Texan.

The most famous prototype that Harris has owned—the first iteration of the Black Lightning—is perhaps the most well-known Vincent of all time. It’s the bike that Rollie Free famously drove to 150 mph at Bonneville, while wearing nothing more than a helmet and a bathing suit. Harris eventually agreed to sell the bike (for a seven-figure sum) in 2011, but he still owns two other Vincent prototypes—the Rapide and the Black Prince, one of the last models that the British manufacturer produced.

If he could, Harris would love to acquire the Vincent Black Shadow prototype, but doing so is no easy task. After all, the Black Shadow became the company’s best-selling model, was the fastest motorcycle of its time, and today is considered by many to be the world’s first superbike. Harris has tracked down the prototype’s whereabouts, but he also knows that the owner is in no mind to sell. Yet Harris has learned over the years that patience, above all other traits, is crucial to a collector’s success. “This is a very long game,” he says, explaining that it took him years to acquire Dickerson’s HRD Rapide. “You can be told no 99 times but you only need one yes. There just has to be one moment in time when a guy is agreeable, and you have to be ready when that moment comes.”