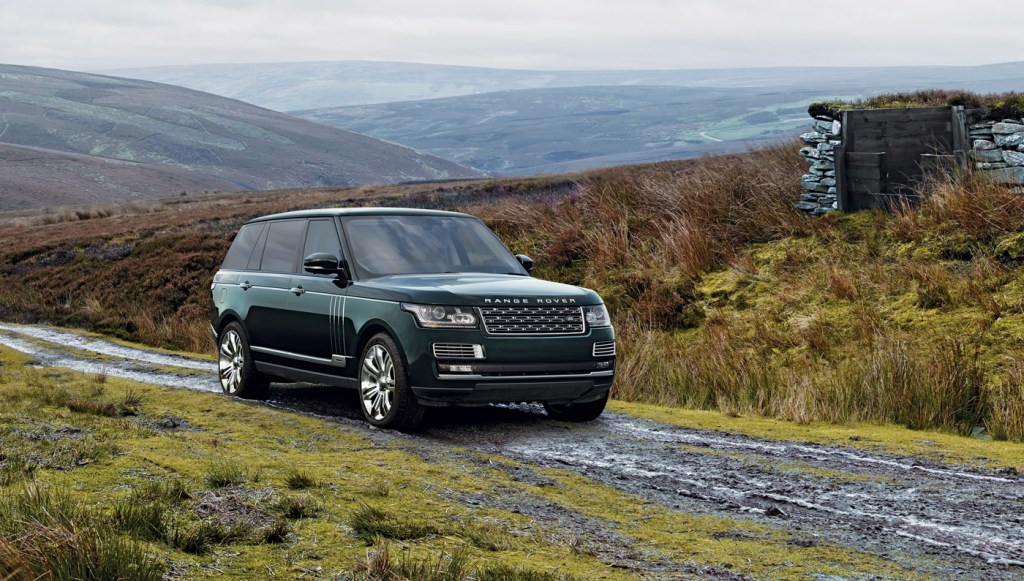 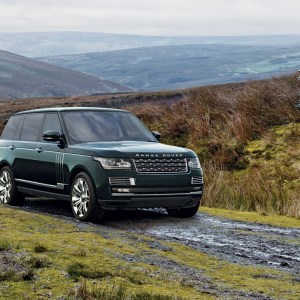 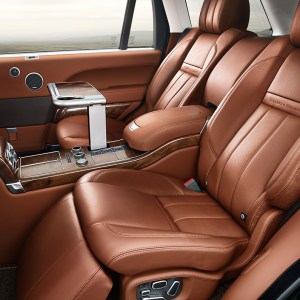 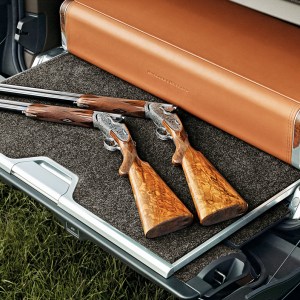 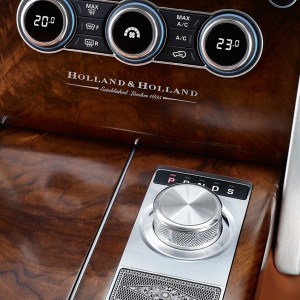 The cabin is trimmed with polished French-walnut veneers that resemble the wood used for Holland & Holland’s gunstocks, and the interior’s brightwork and control knobs feature engraving similar to that which appears on the firearms. The vehicle is also equipped with a removable leather-covered gun case made of aluminum and carbon fiber. The case holds a pair of Holland & Holland shotguns.

The Holland & Holland Range Rover is powered by a supercharged V-8 that produces 550 hp and 502 ft lbs of torque, and according to Greg Nikolas, the head instructor for Land Rover Experience Driving Schools in North America, it can

easily maneuver over the same terrain as any other Range Rover model. “We would need to adjust our line choices,” he says, in reference to the Holland & Holland’s extended wheelbase, “but it would absolutely traverse the same terrain.”

Land Rover will build 120 examples of the Holland & Holland Range Rover over the next three years, only 30 of which will be sold in the United States. The starting price is $244,500.