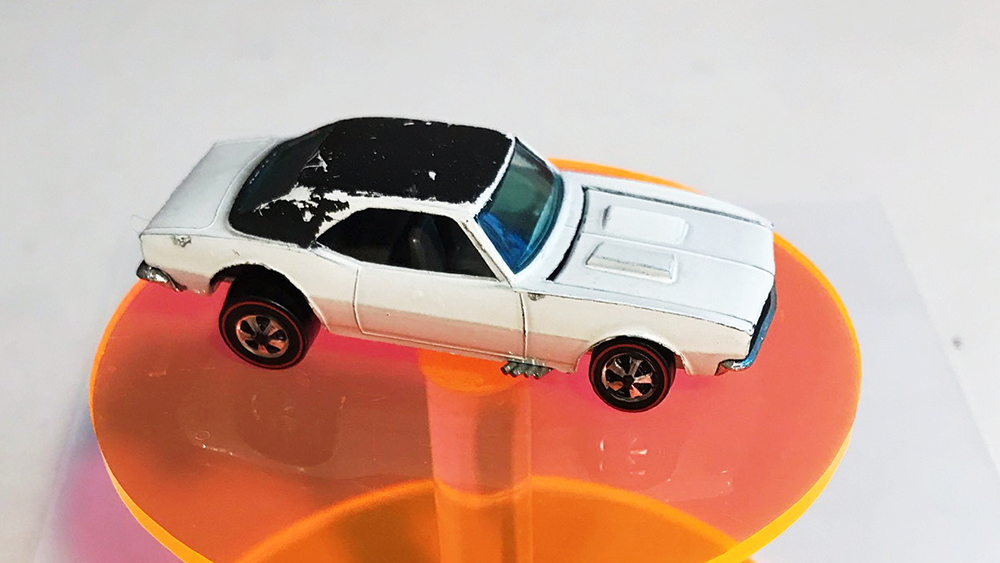 It’s rare to see a six-figure Camaro, even more so when that Camaro measures just 3 inches. Or so you might think. A coveted Hot Wheels cars from the 1960s, which originally sold for just 59 cents, has been valued at more than $100,000.

Discovered by America’s Toy Scout a.k.a Joel Magee of Pawn Stars fame, the prototype was produced by Mattel back in 1968. Magee found it among a haul of other toy cars and confirmed its rarity with a Hot Wheels expert. The pocket-sized racer is now worth four times the price of a real 2020 Chevrolet Camaro, which starts at $25,000.

Apparently, what makes this toy racer so unique is its white paint job and Hong Kong lineage. Typically, designers would coat the cars with white enamel to check for imperfections, though these prototypes were never supposed to leave the factory in this condition. Of course, a handful of prototypes mistakingly did.

“There were only a few other white Camaro prototypes known to exist but they were all US models,” Magee told Robb Report. “The guess is that while experimenting with castings and checking quality, a Mattel designer grabbed a Hong Kong casting and mixed it in with the US castings. Boy, it would’ve been amazing to be a fly on the wall when this happened.”

The collector claims that in the 50 years of Hot Wheels’ existence, this is the only known Hong Kong Enamel White Prototype Custom Camaro that has ever surfaced. On top of that, it’s in impeccable condition.

“It just goes to show, you never know what’s hiding out there,” Magee said.

The collector says he he has no plans to sell the Camaro; instead, he will show it off at upcoming toy fairs and events. But if you’re busting to get your hands on a Hot Wheels Camaro, you can pick up a not-so-limited-edition model on Amazon for just four bucks.