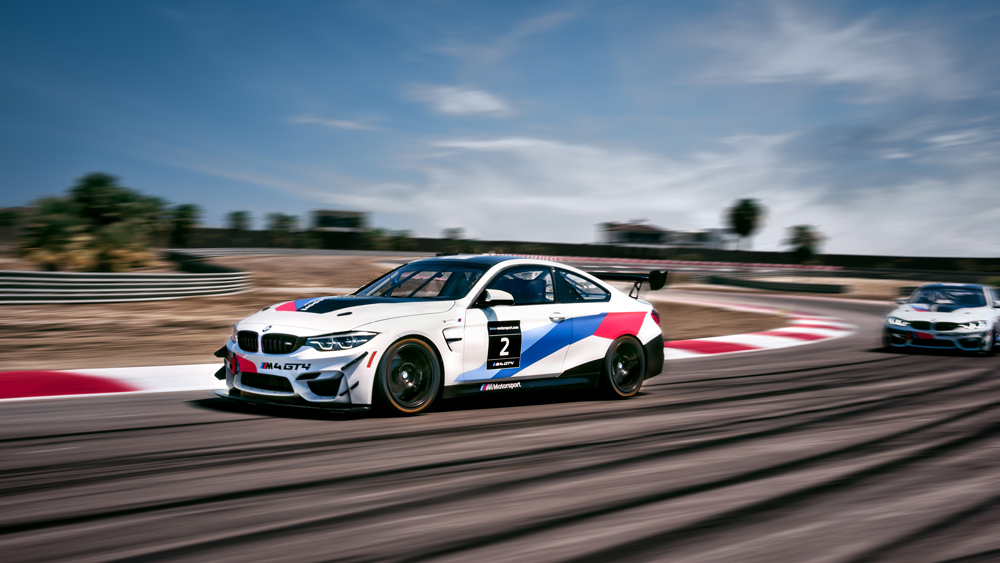 It is often argued that the best way to modify a car is to first modify the driver. You could throw superchargers, turbochargers and ECU tunes that add 5 hp until you’re blue in the face, but if you’re green behind the wheel, all your modifications are basically money down the drain. The same goes for those shelling out big bucks for something that can lap the Nürburgring in less than 7 minutes. Yes, you may look good rolling down Rodeo Drive in your supercar, but can you make your rocket look good when its tires meet the racetrack? Really, what’s the use if you can’t flex your car’s true muscle?

That’s where racing education comes in, and the BMW Performance Driving School is one of the best out there. I recently spent a day at BMW’s Performance Center West at the Thermal Club, in Thermal, Calif., near Palm Springs to get reacquainted with its racing school, and wasn’t disappointed. I say “reacquainted” because this was my second encounter with BMW’s performance curriculum. Back in 2018, during a first drive of the X4 M40i, BMW let me loose on the tarmac of its Performance Center East in Greer, S.C. My favorite part of that day was getting two hours of drift practice on that facility’s polished, wet concrete skid pad.

Time at Performance Center West will take anyone’s racing experience to the next level, as you are able to burn rubber in a broad range of BMW M cars including the M2 Competition, the F82 (first-generation) M4, the M5 Competition and the $210,995 M4 GT4 customer race car.

The GT4’s recipe is alluring: a 3.0-liter, twin-turbo straight-six S55 engine that makes more than 430 hp and powers a stripped-out body shell adorned with a carbon-fiber-reinforced plastic (CFRP) roof, hood, doors, front splitter and rear wing. Add a roll cage, racing seats and a set of slicks, and you’re literally off to the races. It all adds up to quite a winning combination.

Recent M4 GT4 victories include three GS-Class IMSA Michelin Pilot Challenge races, nine SRO Pirelli GT4 SprintX races, and the SRO Intercontinental GT Indianapolis 8-Hour (GT4 Class). So it must be thrilling to drive, right? Well, not for me. Behind the wheel, I felt too distant from the action on the tarmac; it was as though I was piloting a racing simulator rather than a race car. Approaching 140 mph on the back straight of Thermal’s South Palm track, I felt removed from any sensation of speed. My braking foot begged to differ, however. Shedding velocity is a strain in that the brake pedal requires more than 200 pounds of force for full stopping power. I almost wanted to stick my foot out the door to slow this sucker down. It was hard to imagine having to deal with that repetitive exertion over the course of an endurance race.

In the corners, the GT4’s Recaro bucket did a fantastic job of holding me tight as the racing slicks chomped hard into the asphalt. Unfortunately, the best racing seats have a tendency to attenuate the g-forces that signal to your backside that fun things are happening. Overall, then, my M4 GT4 experience was more Sunday drive than “Sunday! Sunday! Sunday!” That said, the M4 GT4 is part of a new SCCA-certified race-license curriculum that can help kick off a professional motorsport career, if that’s your ambition.

More to my taste were the M street cars. On a smaller road course, timed laps in the M2 Competition afforded plenty of practice at hitting the correct braking points, as well as balancing braking and throttle through corner entry, apex and exit. Admittedly, I’m not the best racing driver, and my second-place ranking among six entrants in the time trials proves that. Though I couldn’t claim victory that day, the M2 remains a thrilling instrument for honing one’s go-fast skills.

Back on South Palm, a session of lead-follows was completed in the street-grade M4. While more satisfying to drive than the racing version, the F82 M4 still left me feeling a little empty inside. Numb steering was the major culprit here. After several laps of that, we hopped into the 617 hp M5 Competition. That barnstormer, paired with the larger track setting, ended up being my favorite car/track combo of the day.

Packing a punch practically hard enough to free the Ever Given freighter from the Suez Canal, the M5’s 4.4-liter, S63 twin-turbo V-8 is one of my favorite engines in production today. With that kind of power, the M5’s portly 4,400-pound curb weight didn’t seem to faze the power plant. Same went for the brakes. On South Palm’s back straight, 125 mph was reached with minimal effort, all from a cockpit defined by luxury. In the corners, the car’s prodigious heft manifests a bit of body roll, but that adds to the drama of going fast, which was ultimately what I was yearning for in the M4 GT4.

Rounding out my day, I got to be a passenger in the M5 as one of the instructors took me for a drift lap. I aspire to master drifting at some point in my life, so while sitting shotgun, I went full fanboy, hooting and hollering at my instructor’s opposite-lock skills. There’s nothing like seeing what these cars can really do when a master drops into the driver’s seat.

While the racing M4 is now the BMW Performance Driving School’s latest and flashiest attraction, I’d only recommend driving it if you want to brag to your friends that you’ve piloted a race car, or you want to get your racing license. Otherwise, I’d stick to the programs that solely involve street cars. There’s plenty to learn, and heaps of excitement to be had just from that fleet alone.

Angling for the best line around turn No.3.  Photo: Courtesy of BMW Performance Driving School.

No matter which program you choose, at the end of the day, you’ll leave the track a better racer, but most importantly, a better and safer driver. The BMW M and M4 GT4 program costs $2,795, but the Performance Driving School offers a variety of experiences that run the spectrum from gratis, for people who purchase a new BMW in 2021, all the way to nearly $10,000.

BMW competitors Mercedes-Benz and Porsche offer the AMG Driving Academy and Porsche Driving Experience programs, respectively, and if you can enroll in those as well, knock yourself out. You can’t overdose on education. But if you’re a BMW fanatic, the roundel’s Performance Driving School is a bucket-list treat that keeps on giving. There’s really nothing like honing a skill set that can last a lifetime.