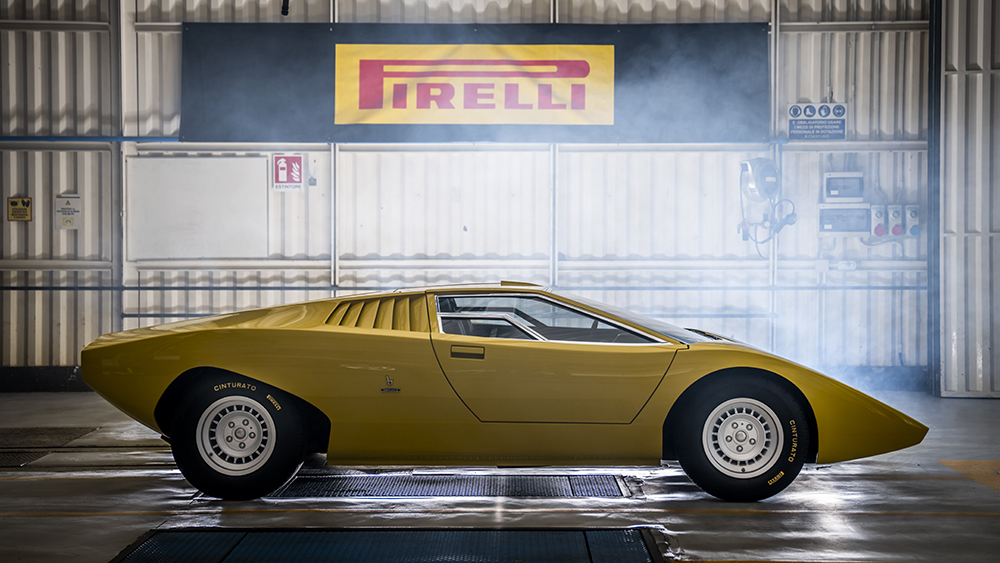 Established in 2015 and made up of less than a dozen specialists, Lamborghini’s Polo Storico division is tasked with preserving the Raging Bull’s bloodline, restoring classic models from the 350 GT of the mid- 1960s to the Diablo, which ended its run in 2001.

“Our goal with Polo Storico is to maintain the heritage of the company and the value of our cars to the highest possible level,” says Alessandro Farmeschi, Lamborghini’s global after-sales director and head of Polo Storico. “And we have three main areas: certification of the cars, restoration and, last but not least, reconstruction of parts to fit the classics.”

But of all the history-preserving work done thus far, according to Farmeschi, one of the department’s greatest achievements is the complete reconstruction of the one-off 1971 Countach LP 500, undertaken at the request of a client. The first prototype of a model line pivotal in establishing the marque’s reputation for aggressive aesthetics and raw performance, the LP 500 was designed by Bertone’s Marcello Gandini and engineered by Paolo Stanzani and team.

The original “was destroyed during a test and then disappeared” in 1974, Farmeschi says. “We didn’t have the same chassis or anything, but we were able to rebuild it, to re-create the design and create and assemble all of the parts.” The project adhered to period-correct components and processes, including the ability to “beat the metal and build shapes manually, using molds made of wood.” That level of authenticity extended even to the tires, with Pirelli replicating the originals’ pattern and encouraging Lamborghini to track-test the car at its Vizzola Ticino circuit.

After a total of about 25,000 hours invested, Polo Storico debuted the reborn LP 500 at the 2021 Concorso d’Eleganza Villa d’Este, on the shores of Italy’s Lake Como. “I had a chance to sit in it and start the engine,” Farmeschi says. “That vibe and emotion from the past—goose bumps.”