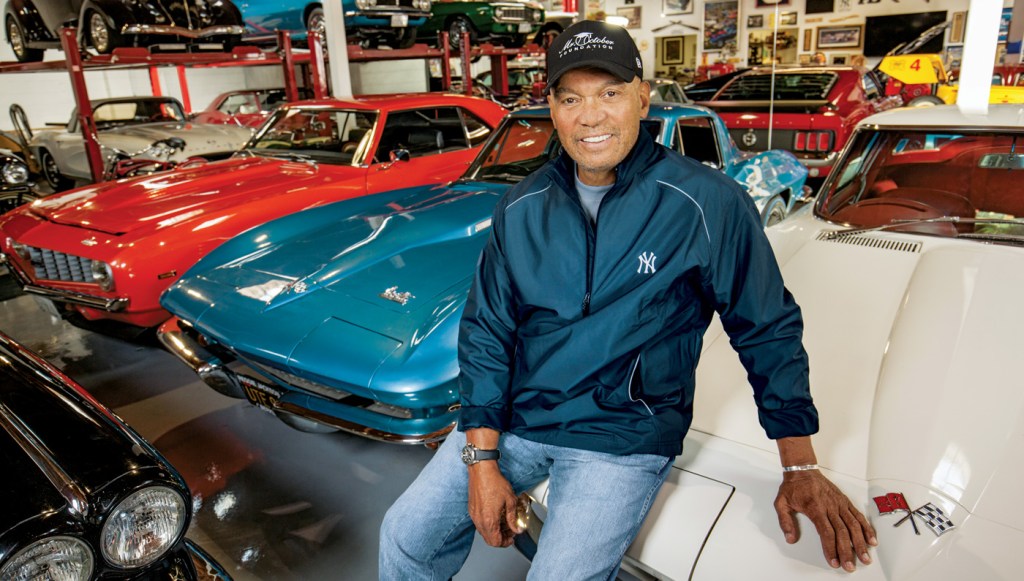 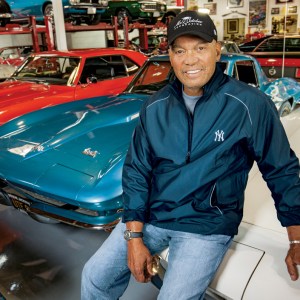 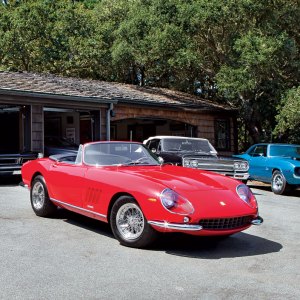 The Ferrari 275 GTB/4 convertible in Reggie Jackson’s collection is tantalizingly close to being a type that has sold for $27.5 million.

Over the past five decades, hundreds of cars have zoomed in and out of Reggie Jackson’s life. Long before he became Mr. October and a baseball Hall of Famer, the Pennsylvania native was tinkering with American muscle cars, drawn to their aura and power.

But now an Italian beauty, a Ferrari, has the longtime car collector smitten, and he’s eager for others to view this car in the same light that he does. “I just want to have the folks at Ferrari see what I have and document what it is,” Jackson says softly but insistently. The car is a 275 GTB/4 convertible, one of the most elegant drop-tops ever built. However, this one has a figurative asterisk next to its serial number.

From 1966 to 1968, Ferrari built a total of 330 GTB/4 berlinettas, rakish two-door hardtops that were scooped up by such stars as Miles Davis and Steve McQueen. But the really rare birds were the so-called 275 GTB/4 N.A.R.T. Spyders. These were convertible variants that U.S. importer Luigi Chinetti custom ordered in 1967 and ’68 through the Italian coachbuilder Scaglietti with the approval of Enzo Ferrari. Only 10 examples were built for Chinetti, who affixed the badge of his North American Racing Team (which featured Ferrari’s prancing horse under a U.S. flag) to the back of each car—thus the N.A.R.T. designation.

In 2013, a one-owner N.A.R.T. Spyder sold at auction for $27.5 million. That price adds quite a premium to the $10 million that a 1967 GTB/4 berlinetta once owned by McQueen sold for in 2014. Given the potential value of Jackson’s car, it’s easy to understand why he’s eager to have it properly authenticated.

“Is it worth half of what the $27 million car is?” he asks. “Or maybe it’s got a different value altogether as a one-off. The bottom line to me is, it was sold [as a berlinetta] by the Chinetti dealership to a customer. [The dealership] got it back, then did to this car what had been done to the first 10.” This is the source of the asterisk.

Sometime in the early 1970s, the car—then about 5 or 6 years old—was given the N.A.R.T. Spyder treatment by Luigi Chinetti Jr., the son of the man who ordered the original 10 for his dealership in Connecticut. (The elder Chinetti died in 1994 at age 93.) After changing hands a few times, the car was offered for sale in 1994 at a Ferrari dealership in the San Francisco Bay Area. That’s where Jackson acquired it and added it to his collection, which today also includes two Ferrari Daytona coupes.

About a decade later, Chinetti Jr. visited Jackson at his home on the Monterey Peninsula, posed for a few photos with the car, and presented him with a handwritten note, which Jackson still has. In the note, Chinetti writes that it was “very nice to visit my old 275 GTB/4 N.A.R.T. Spyder, built in my shop [in Connecticut] in the seventies.” He adds, “It is sad that today there are really no equivalents in [the] Ferrari world.”

Mike Sheehan, a longtime Ferrari specialist based in Costa Mesa, Calif., isn’t optimistic about Ferrari’s granting true N.A.R.T. status to Jackson’s car, because, he says, “the conversion wasn’t done in period.” His estimate of the car’s value equals that of a GTB/4 berlinetta that wasn’t ever owned by a movie legend: about $3 million. “Minus,” he says, “the cost of having the factory put the roof back on, which is around $300,000.”

Jim Weed, the editor of Ferrari Market Letter and a Ferrari historian, points out that originality is very important for collectors. “And this car clearly isn’t original,” he says. “But one thing that could make this particular car interesting is simply, how many cars did Chinetti cut? If it’s just this one, that’s certainly a unique aspect of Reggie’s car.”

In his note to Jackson, Chinetti Jr. suggests that the car is one of a kind. “I wish I would have made one for myself,” he writes, “however time marches on.”

Jackson says he hopes to soon bundle all the documents he has on the car, send them to Ferrari’s North American headquarters in New Jersey, and have company officials review them. “I think I have enough respect as a collector for them to take a look,” he says. “I’m not asking them to call it one of the original N.A.R.T.s, but it has a value that should be a percentage of the originals’. So the argument will continue, which is kind of exciting.”

In the meantime, Jackson, who turned 70 this year, has his hands full tending to the dozens of mostly American cars in the collection that his baseball fame and fortune helped build. “To me,” he says, “cars just defined what it meant to be successful in this country.” In addition to the three Ferraris, his collection includes a Shelby Cobra and countless Corvettes and Chevelles.

Jackson also recently launched a business, a muscle-car-parts company called Reggie’s Garage (reggiesgarage.com). “The idea [of the business] is to just share my passion for cars with others,” says Jackson. “There’s something about the automotive hobby. There’s an instant bond you share. The stories behind some of these cars can be amazing.”

The story behind Jackson’s Ferrari GTB/4 is to be continued, but he hopes that eventually it will end happily for him.