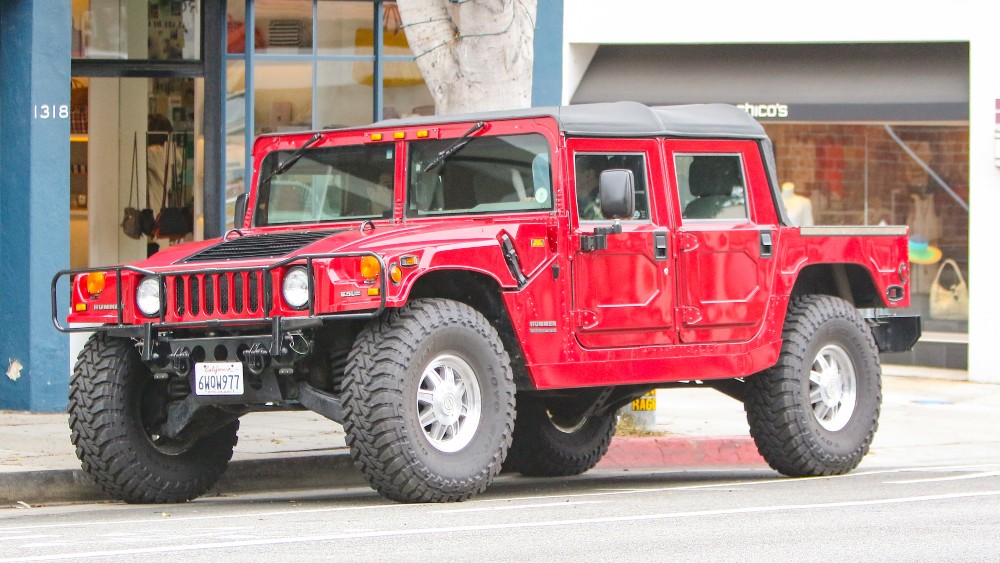 Hummer, perhaps the brand most synonymous with the gas-guzzling, fuel-inefficient ways of automaking’s relatively recent past, might be coming back as a line of electric vehicles.

General Motors, the defunct brand’s parent company, is considering bringing the big and burly SUVs back to the market, reports Bloomberg. But if the hulking vehicles do end up making their return to the road, taking one of them for a quick spin around town won’t cost you a tank of gas and would have a greatly reduced impact on the environment.

AM General first brought a civilian version of the armored Humvee military vehicle to the market in 1992. Six years later, GM acquired the brand and watched it become a huge success over the next decade, thanks in part to the very public support of celebrities like action star and former California governor Arnold Schwarzenegger—and Americans’ seemingly unquenchable thirst for humongous vehicles around the turn of the millennium. At its peak, the brand offered multiple models—including the original H1, the popular H2, the mid-sized H3 SUV and H3T pickup truck—and sold 71,524 vehicles in 2006. But with concern for the environment and oil prices rising, the company had declared bankruptcy by 2009, before GM halted sales of the entire line the next year.

The report stresses that GM is merely exploring the idea of bringing back Hummer, but that some at the company believe a growing demand among consumers for rugged electric, low-emission SUVs and trucks with off-road capabilities would make it a viable move. Internally, the idea is more of a ‘what if’ than anything else, but it would be in line with CEO Mary Barra’s stated goal of an “all-electric future.”

GM is currently working on two separate electric vehicles programs. The first, BEV3, is focused on small- and mid-sized passenger vehicles, including crossover SUVs, and aims to have 20 electric automobiles on roads worldwide by 2023. The second, which a relaunched Hummer would fall under, is focused on large trucks and SUVs, like the Chevrolet Suburban, Cadillac Escalade and GMC Sierra.

If GM does end up releasing an electric Hummer, it actually wouldn’t be the first to do so. Two years ago, Schwarzenegger, for whom environmental advocacy ended up being a big concern during his time in office, teamed up with Kriesel Electric to put a battery and electric motor in his own H1.