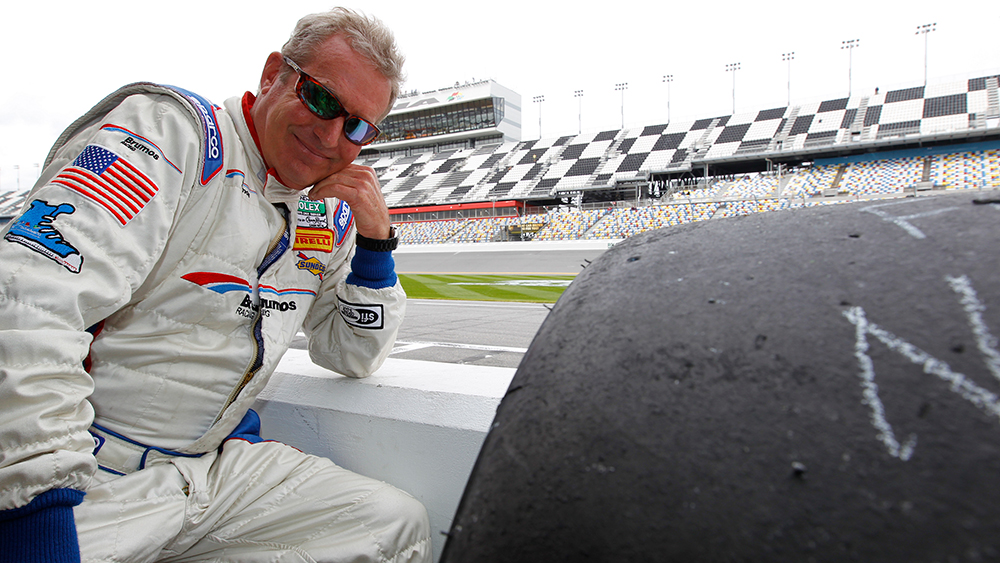 Hurley Haywood doesn’t really know how to lose. He’s won the 24 Hours of Le Mans three times, notched five victories at the Rolex 24 at Daytona, and clinched two wins at the 12 Hours of Sebring, and countless over victories over his 40-plus years of racing sports cars. It’s no surprise that he’s the most successful endurance racer and now, thanks in part to Patrick Dempsey, we’re treated to a eponymous documentary about his career and life. Haywood, who publicly comes out as gay in the documentary, and Dempsey talk to Robb Report about making Hurley, why Haywood is choosing now to talk about his sexuality, and the best and worst cars Haywood campaigned.

Robb Report: How did the idea for the documentary come about?

Dempsey: Derek Dodge, the director of Hurley, came to the 24 Hours of Le Mans in 2013 to do some social media shooting for me. While there, Derek really discovered Hurley and asked if I would be open in supporting him about moving forth and telling Hurley’s story. I absolutely was and it’s been a remarkable five year journey since.

Was the plan to always use the documentary to talk about Hurley’s sexuality?

Haywood: I sort of dealt with that subject first in my book Hurley. A young man in high school had come to my office for an interview, and he ended up breaking down telling me that he wasn’t sure what to do, that he’d been bullied every day. He said he was gay and thinking about suicide. I counseled him a little, and it started me thinking about telling my story; that it may give kids something nice to look up to. A year and a half after that interview, the boy’s mother called and I had a sinking feeling that he’d committed suicide, but she told me that I had saved his life and he was doing great. When that comes from a mom, it’s a strong statement. Derek was super sensitive with the messaging in the film. It’s difficult to do a film that switches between eras like the ’70s and ’80s and today, and weaves in a powerful message, too. Right now, suicide rates are out of control in this country, and I lost my friend and co-driver Peter Gregg to suicide in the ’80s. We also talk about the LGBTQ community and all the hurdles I had to go through as a driver.

Have you spoken to the high school boy since?

Haywood: I haven’t. He’s a private person and there’s buzz around the film and he probably wouldn’t want to talk about it. I hope he does resurface and see the film.

The doc draws a nice parallel between what’s happening in Hurley’s personal life alongside his racing accomplishments. How you decide which elements to focus in on?

Dempsey: That was a challenge because we’ve got three story lines going on. We tried to balance everything out and make those transitions from Hurley to Peter [Gregg] to the present day. We listened to all the interviews and figured out what did we want to highlight and how could we make those transitions clean. That took a ton of time, and when we thought we were done, we got a bunch of archival footage, which changes things as well. Initially the film was much longer, and we knew it had to come down, which was hard for everyone to find moments to trim out. I tried to give Derek as much support as possible, and he’d do a pass and I’d give notes and we’d go back at it again. The resulting cut was one we thought balanced everything very well.

Hurley, there’s a moment towards the end of the film where your husband says he had to watch you celebrate your last win at Daytona through the chainlink fence, and notes had he been your wife, he would’ve been in the fray. He says it made him feel sad. How did hearing that make you feel?

Haywood: I knew exactly what he was feeling; we had talked about it before. If he had gotten through the guard and gotten on the platform to celebrate with me, it would been uncomfortable for both of us. That was 1994 and we, as a nation, have evolved from that standpoint, but that era was challenging. I would have loved to have him up there, but it’s not something he would’ve been comfortable with. That portion of the film, I felt, has a strong message. When you’re pushed aside and you don’t knock down the barrier in front of you, you pay the consequences.

Do you wish racing was more of an accepting and welcoming sport back then?

Haywood: I’ve been racing since 1969, and I’ve never had one person say anything negative to me, and I dealt with a lot of European teams where masculinity at a track can be more pronounced than here in the states. It was never an issue or a problem for me. I wasn’t worried as much about the industry but about the fans I had. I didn’t want to make my fans upset or make anyone uncomfortable. That was foolish of me to think that way. The comments that I’ve gotten [since coming out] have been overwhelmingly positive.

Do you feel things have changed? That the community is different now?

Dempsey: I think from what we’ve experienced, big picture, it’s been positive. Porsche [for which Haywood raced extensively] was immensely supportive, from archival footage to helping us in any way we needed. Feedback from the series’ sanctioning body has also been positive and fellow racers have been coming up and saying how great the project is. Some people may resist at first, but I hope they give the story a chance and allow that to affect them. They won’t be disappointed.

Haywood: I’m hoping it opens up a whole new audience that maybe wasn’t there before. Maybe they weren’t because they felt they would be discriminated against but now they see this film and this industry is welcoming. Some people may be against us, but the majority will be positive and we may welcome new fans.

Patrick, in the film we see Hurley coaching you at the 2014 24 Hours of Daytona, where you finished third. Will we see you getting back in the car in the future?

Dempsey: No more endurance races for me but maybe I’ll get in some sprint competitions. I miss the camaraderie and fellowship. Part of the reason it was fun to do this documentary was to share why I love endurance racing so much with people who don’t understand the sport. But, as the film shows, you’re totally committed to the sport at this level, and there’s a sacrifice that your family goes through. I’m very happy with my race career results and what I achieved, and now it’s time to adjust and go do what I want to do. I have a team competing in the World Endurance Championship, and I’ll continue there as an owner, and maybe get in some vintage races from time to time.

What impact has Hurley had on your driving career?

Dempsey: A tremendous one, even from the very beginning. When I was just starting out, Hurley gave me great advice and helped me constantly. The real key takeaway I gleaned from Hurley is you have to have patience and consistency, and that’s a good way to look at life, too. That lesson I learned at the track has helped me as a person and as a man.

Hurley, what’s been your favorite car you raced?

Haywood: The [Porsche] 936. That was the car that I won Le Mans in 1977, and it was a beautiful car that was so fun to drive. It had the perfect balance between road-holding and power. [It’s predecessor] the 917/10 was scary but wonderful to drive, too.

What about the worst car? Something you got out of and said “never again”?

Haywood: (Laughs) There was one that I won’t name, but it was painted in Brumos colors, and it was a Can-Am car. The whole build process wasn’t good, and it was horrible to drive. There was just no balance to the car. I also didn’t like the Lola T600, the one that was a GTP car. The owner had put a 962 turbo motor in it, and it was just the worst car in the world. The balance was garbage and it had no power. Simply horrible.

Is that your 918 that you’re driving throughout the documentary?

Haywood: Yes, I ordered it, but it’s now part of Brumos collection. We have a lot of cool cars that we’ve put into a new facility in Jacksonville, Florida, where it’ll be like a museum, and the 918 will be there, too. I sat with some folks from Porsche and we put the whole 918 together. When the factory found out it was going to be my car, the 918 build division was very excited. There are only five 918 cars that were factory painted; most were wrapped instead. This one was painted, and I have a book of photos of the different levels of the build and painting process. It was really cool to see how intricate the lines were and what they had to do to get everything perfectly matched up. I love that car.

Hurley is available for streaming now on iTunes, Amazon Prime, Google Play, and most cable companies. Check out the trailer for the film below: