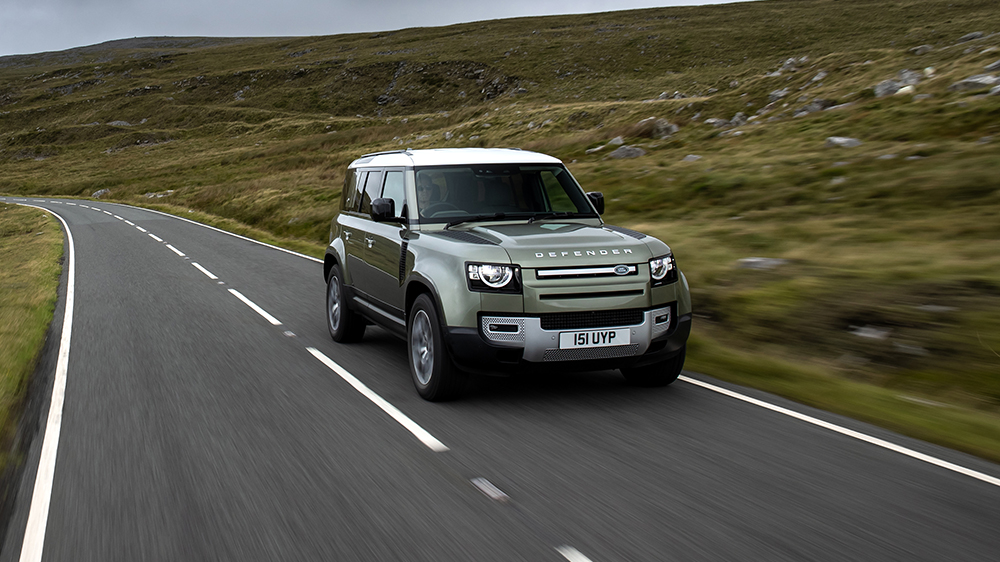 Jaguar Land Rover thinks there are other ways to lower emissions besides pure electrification. Now, it’s going to put this theory to the test.

The British automaker, which is owned by Tata Motors, announced on Tuesday it will begin trialing a hydrogen fuel-cell version of the new Defender on British roads later this year. But that doesn’t mean the company is wavering on its pledge to electrify its vehicles. Instead, the hydrogen-powered SUV is being viewed as a complement to these efforts.

The prototype hydrogen fuel cell electric vehicle (or FCEV) is being developed as part of “Project Zeus,” the automaker’s hydrogen power research project, and will be partially funded by the UK’s government-backed Advanced Propulsion Center. No technical specs have been released, but a diagram accompanying the announcement shows the new Defender’s powertrain will include a fuel cell in the place of the internal combustion engine, a battery pack flanked by two hydrogen tanks and an air intake to mix hydrogen inside the fuel cell. The idea is that the setup will generate enough power to support off-roading and towing, without producing any emissions other than pure water.

“We know hydrogen has a role to play in the future powertrain mix across the whole transport industry, and alongside battery electric vehicles, it offers another zero tailpipe emission solution for the specific capabilities and requirements of Jaguar Land Rover’s world-class line-up of vehicles,” Ralph Clague, the head of the automaker’s hydrogen and fuel cells division, said in a statement.

Jaguar Land Rover isn’t the only automaker exploring the viability of hydrogen fuel-cell vehicles. Toyota unveiled the Mirai FCEV last December, while BMW has plans to release a limited-run vehicle that utilizes the technology next year, according to Reuters. Honda and Hyundai are also working on vehicles with hydrogen fuel cells.

Regardless of how successful the prototype is, Jaguar Land Rover is moving full speed ahead with one of the more drastic electrification plans in the entire industry. The company announced that the Jaguar brand will only offer vehicles with fully electric powertrains by 2025. The Land Rover brand, meanwhile, will introduce six all-electric models between now and the end of the decade. As a whole, the company plans to be a net-zero carbon business by 2039.