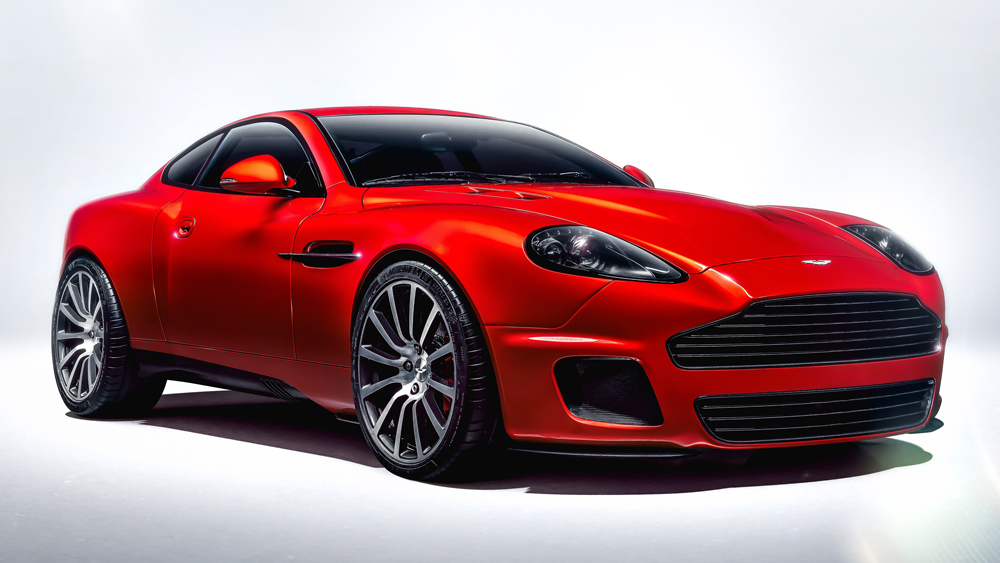 The first-generation Aston Martin Vanquish, out of production since 2007, has been reimagined by the man who knows it better than anyone—the model’s designer, Ian Callum. The result is the Aston Martin Callum 25 Vanquish by R-Reforged, of which a production version debuted today.

The urge to rework a masterpiece can be irresistible. Witness George Lucas’ retroactive Star Wars redux, or digitally remastered opuses like Pink Floyd’s Dark Side of the Moon. But some candidates are more deserving than others, a sentiment that struck Ian Callum when he purchased a 2005 Aston Martin Vanquish S. The acclaimed designer has penned countless cars during his four decades in the industry, but had never, until then, owned an automobile of his own creation.

Introduced in 2001, the model was rakish enough for a certain cinematic spy, but didn’t benefit from a facelift during its reign as an Aston Martin flagship. Callum reveals the Vanquish was “… never [then-Aston CEO Ulrich Bez’s] favorite, so it never got the TLC it deserved,” a fair explanation for his motivation to possess, and subsequently modify, the V-12-powered Aston.

Following his acquisition, Callum began redesigning the bumpers and adding larger wheels. But friend and R-Reforged managing director David Fairbairn caught wind of his pet project and suggested there might be a business case for comprehensive, serial reworkings of the sleek sports car. The firm’s 30,000 square-foot facility is based in Warwick, UK, and recently teamed up with Aston Martin and Zagato for a limited set of 19 pair of bespoke Vantage V12 coupes and speedsters.

Development of the car included 20,000 miles of testing.  Photo: Courtesy of R-Reforged.

Viewing the late, great Vanquish as a blank slate through fresh eyes, Callum eventually used his personal car as ground zero for a suite of aesthetic and mechanical improvements that would introduce no fewer than 350 engineering and design changes to the Vanquish.

Paired with the reworked mechanicals are seats that sit lower for a more connected feeling to the road. A choice of three transmission options—automatic, semi-automatic and manual—offer varying levels of driver involvement, while a carbon-fiber engine air intake and equal-length stainless steel headers summon a heartier howl from the 580 hp V-12. R-Reforged’s team of 25 dedicated specialists fine-tuned the refreshed road manners, requiring some 20,000 miles of development testing.

Production of the Aston Martin Callum Vanquish 25 will be limited to, you guessed it, 25 units. Each transformation can come from either a customer’s own example or a freshly acquired donor vehicle. Those who already own a Vanquish can expect to pay around $572,000 (plus local taxes) for the package, which includes one-on-one consultations with Callum himself.

The model will be limited to 25 examples.  Photo: Courtesy of R-Reforged.

And while Callum is responsible for striking factory offerings like the Ford RS200 and the Jaguar XK, he appears uniquely equipped to guide you through the process of making a Vanquish your own. He has, after all, tinkered with personal projects ranging from a heavily modified Mini Cooper to a hot-rodded 1932 Ford Model B coupé. However, the R-Reforged venture holds a special place in his heart. “When I drive into a gas station and people admire it,” he says, “I have to resist the temptation to say, ‘Well, I actually designed it.’”