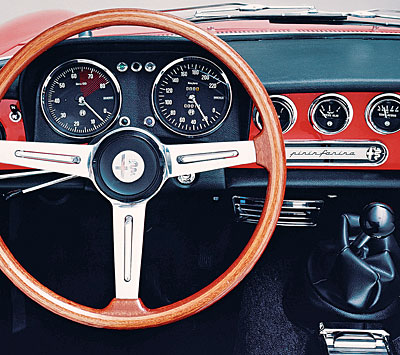 For years after its introduction, the 1600 Spider represented the defining design of Alfa Romeo. Its boat-tail form was as alluring as that of any Ferrari or other exotic that cost four times as much. In this sense, the 1600 Spider demonstrated that great design could be brought to the masses. The number in its name came from its 1600 Giulia engine; after Alfa Romeo installed a larger engine in 1969, the car became known as just the Spider. During its 27-year production run, Alfa Romeo built more than 124,000 Spiders.