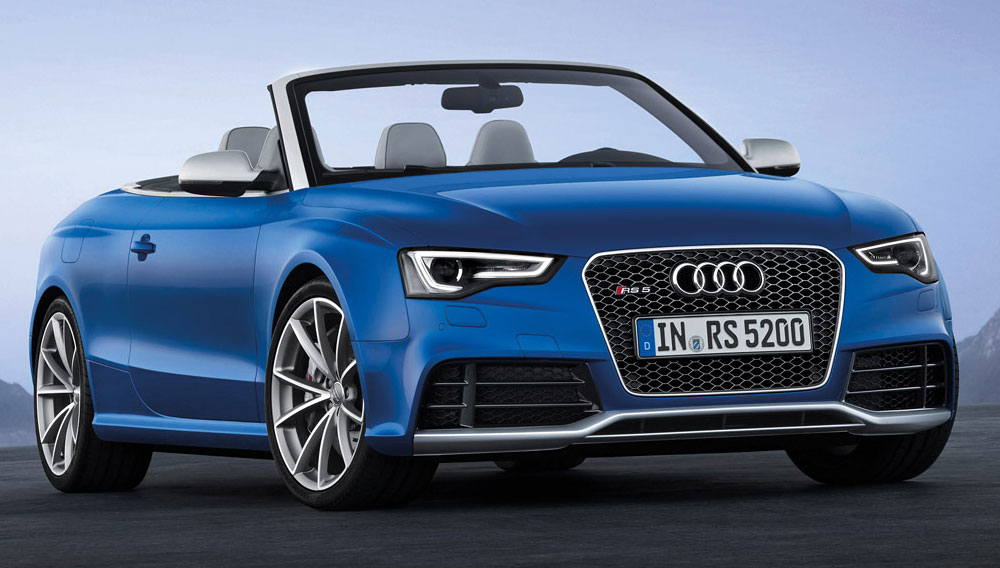 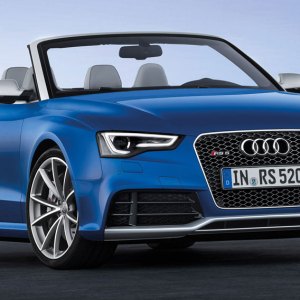 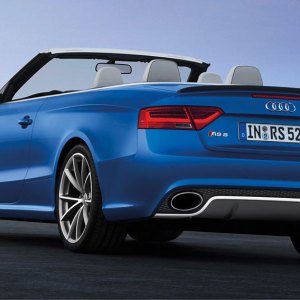 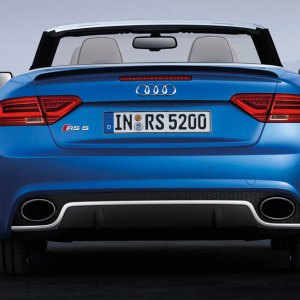 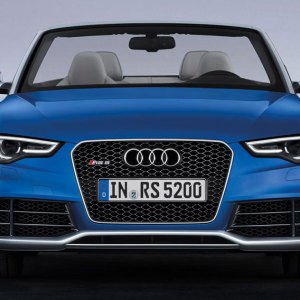 Even among Audi’s famously beguiling automobiles, the A5 is a serious looker. As a coupe or convertible, the A5 and the sportier S5 have the sort of fine proportions and sumptuous accommodations that call to mind their corporate cousins, the Bentley Continental GT coupe and GTC convertible. And with the debut of the fearsome 2013 RS5—the coupe, which went on sale here in July, and the forthcoming cabriolet, which debuted at this year’s Paris Motor Show—Audi’s artful two-door gets a Continental GT-size helping of performance (or at least nine-tenths of one).

As it does in the much-lauded RS5 coupe, Audi’s normally aspirated 4.2-liter V-8 engine motivates the RS5 cabriolet. It delivers 450 hp and 317 ft lbs of torque through a 7-speed S tronic dual-clutch gearbox and, of course, Quattro all-wheel drive. The body of the RS5 cabriolet sits three-quarters of an inch lower than that of the standard A5 cabriolet, and the suspension mounts and antiroll bars are appropriately stiffer. Options include carbon ceramic disc brakes ($6,000), a sport exhaust ($1,000), and Audi’s dazzling MMI navigation package ($3,550), which includes the superb Bang & Olufsen audio system.

Like the A5/S5 cabriolet, the RS5 wears a thoroughly insulated fabric-covered soft top that opens in 15 seconds and closes in 17 seconds—and will do either at speeds as high as 31 mph. No surprise, the cabriolet is a bit portlier than its closed-roof stablemate, and this extra weight (some 300 pounds) adds three-tenths of a second to the coupe’s 4.6-second zero-to-60 mph sprint. It’s still plenty swift and will effortlessly cruise to an electronically limited top speed of 155 mph—or, for a bit more coin, an ungoverned 174 mph.

Audi has confirmed North American availability for the RS5 cabriolet; look for the fearsome droptop to grace U.S. showrooms during the first quarter of 2013. Pricing hasn’t been announced, but as the RS5 coupe commands $68,500, it’s safe to expect the cabriolet will flirt with $80,000. And that’s not bad at all for nine-tenths of a Bentley. (audiusa.com)