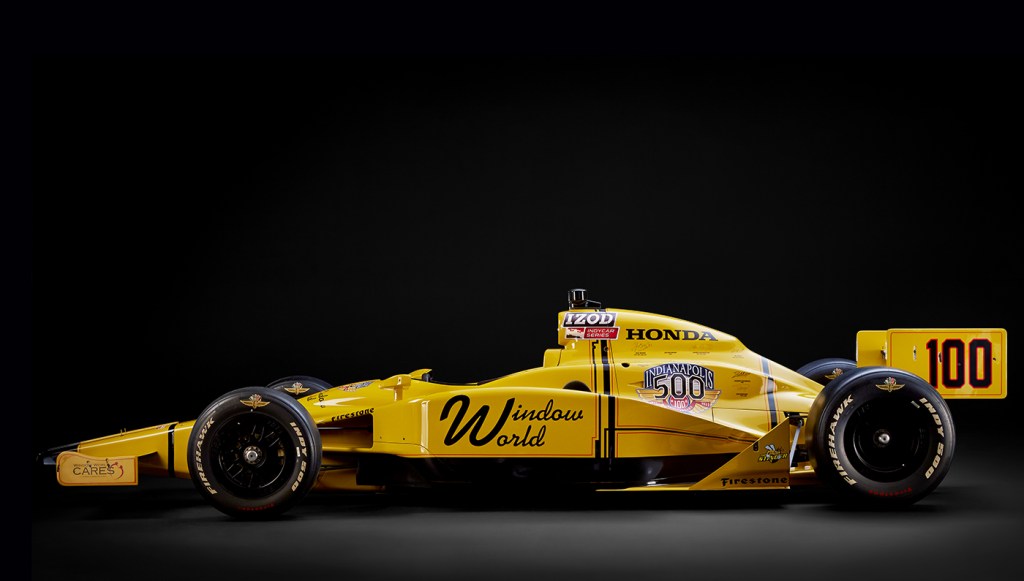 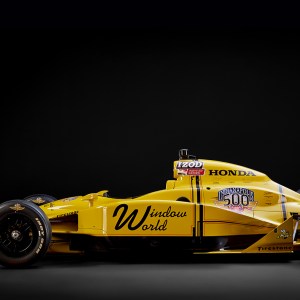 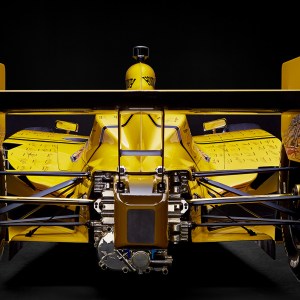 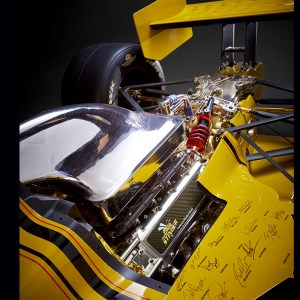 On May 25, a commemorative racer will roll to international attention at Barrett-Jackson’s Stinger IndyCar auction to celebrate the 100th running of the Indianapolis 500 four days later. Fabricated for philanthropy, the stunning machine has been piloted around the United States by renowned driver John Andretti to draw attention to the lifesaving work being done at St. Jude Children’s Research Hospital. In addition, all proceeds from the vehicle’s sale will go to the medical institution.

Throughout the journey, Andretti has been collecting the signatures of every living Indy 500 veteran, each writing their names directly on the car. Iconic inscriptions include those of four-time winner A.J. Foyt, Al Unser Sr., Rick Mears, Jackie Stewart, Cale Yarborough, Emerson Fittipaldi, and Danica Patrick—a collection of 249 drivers in all.

Commissioned by the exterior remodeling company Window World, the Stinger (bearing the number 100) pays tribute to the race’s legacy as it was constructed to be a modern representation of the Marmon Wasp that won the first Indy 500 in 1911. The vintage vehicle, driven to victory by Ray Harroun, was renowned for its bright yellow-and-black body and stinger-like tail section—a color scheme and design carried over in its contemporary counterpart. And while the Stinger may have never seen competition, it certainly has the heart, as Honda equipped it with an Indy-winning engine.

The auction will be held at the Dallara IndyCar Factory in Indianapolis with the bidding set to begin at 6:00 pm. The Stinger is expected to sell for over $1 million. (barrett-jackson.com)