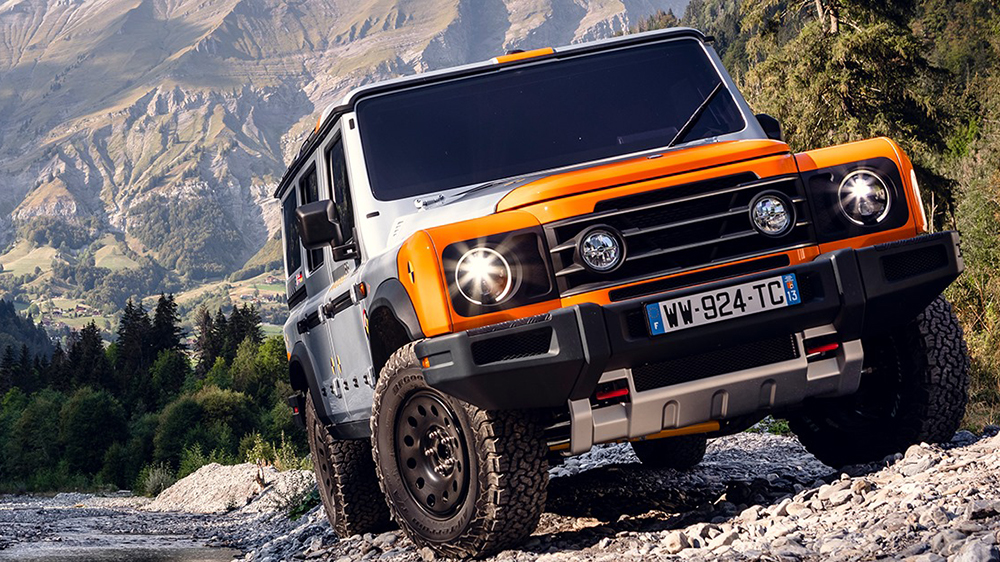 Chemical company-turned-automaker INEOS Automotive is serious about bringing its Defender-inspired SUV to America.

The UK-based company is currently working on establishing a dealership network in the US so that it can bring the Grenadier over in 2023, according to a new report from Edmunds.

Earlier this summer, INEOS (which stands for Inspec Ethylene Oxide Specialties)  announced that production of the rugged Grenadier is schedule to begin next year. That’s still the plan, but the retro-style utility vehicle will initially only be available in four regions—Europe, Africa, Asia Pacific and the Middle East. The automaker now hopes to bring the 4×4 stateside the following year. It’s currently looking for a dealership partner, who won’t just sell the SUV, but will also provide service and maintenance assistance. The Grenadier will be available to order online, but the brand wants to make sure potential customers have the chance to take the vehicle for a test drive first.

Two years may seem like a long time, but this is stil good news for American off-road enthusiasts. INEOS’s debut vehicle is one of the more interesting SUVs currently on the horizon. It was specifically designed to fill the 4×4-shaped hole that was left when Land Rover decided to stop building the original Defender in 2015. It has a boxy, no-nonsense design just like the 110 variant of the iconic SUV. The stripped-down interior isn’t much different, either, with the exception of a 12.3-inch infotainment screen situated atop the center console.

The Grenadier doesn’t just look the part, either. Under the hood you’ll find a BMW-sourced 3.0-liter turbocharged straight-six gas engine that is mated to an eight-speed automatic transmission that sends power to each wheel. (European customers can also choose a six-cylinder diesel engine which won’t be available stateside.) INEOS has yet to announce full power specs for the 4×4, but it did say the SUV will have a towing capacity of 7,700 pounds, which should be more than enough for most needs.

If you can can’t stand to wait to get your hands on a Grenadier, you can reserve yours from now until Oct.14 through the company’s website for $450. INEOS hasn’t announced pricing for the SUV, but has said it should cost somewhere between the new Ford Bronco (the top-of-the-line Wildtrak variant starts at $46,980) and the Mercedes-Benz G-Wagen ($131,570). When you consider how much a Defender restomod can cost, that’s not that bad.