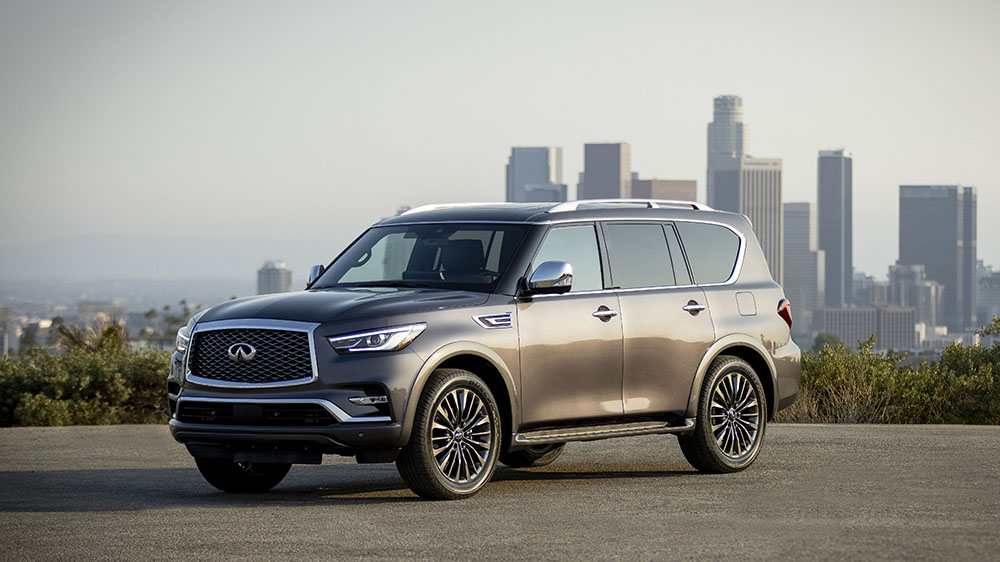 Infiniti is reworking the QX80 from the inside out.

The luxury automaker just unveiled a refreshed version of its flagship SUV that’s set to go on sale later this year as part of its 2022 model year lineup, and the interior is the star of the show. The updated car comes with a made-over cabin with a touchscreen as its centerpiece.

The new QX80 is available in three different trim levels (Luxe, Premium Select and Sensory), and whichever you choose, a 12.3-inch InTouch screen will come standard. Located in the middle of the dash, at the top of the center console, the widescreen display gives you access to the vehicle’s infotainment system, from which you can monitor the car, navigate and select entertainment options via Apple AirPlay and Android Auto. And if you want your passengers (read kids) to stay entertained while you drive, a Rear Seat Entertainment system upgrade includes two 8-inch screens fitted into the back of the front row’s headrests. 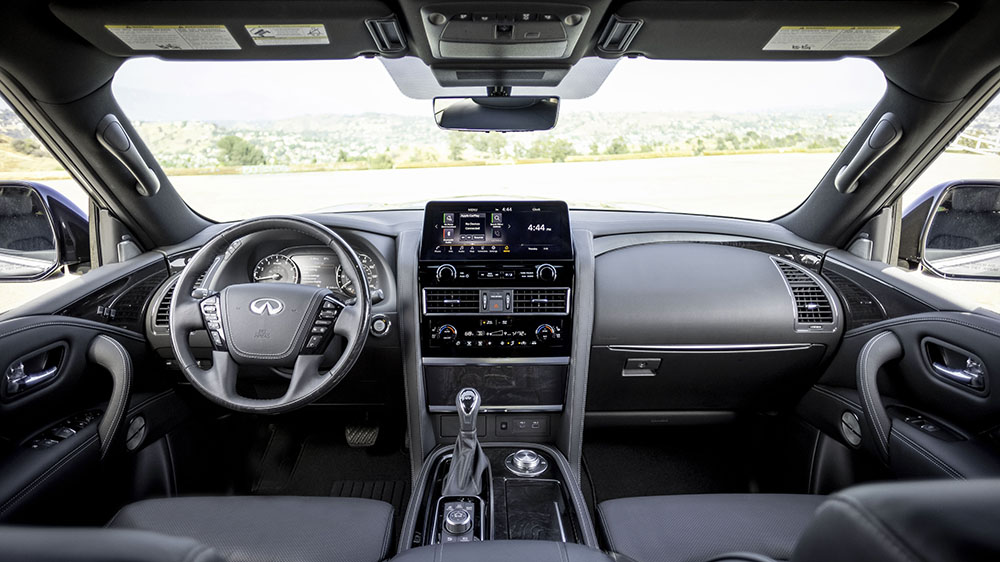 The front row of the QX80  Infiniti

The new SUV comes standard with three rows of Napa leather seats (the first of which is heated) that can accommodate seven people total. For audiophiles, a 13-speaker Bose audio system provides premium sound throughout the cabin. There’s also a wireless charger for your phone and WiFi hotspot capability to keep you connected.  The Premium Select package adds a unique Matte Mocha Burl interior trim, while Sensory adds a more powerful 17-speaker sound system and ventilated front seats.

From the outside, the QX80 retains the same look its had since its last major redesign in 2018. The large body is commanding, just as any full-size SUV should be, but with subtle curves and chrome accents that offset any boxiness. It also rides on a pair of 20-inch alloy wheels, though the Premium Select and Sensory packages bump them up to 22-inch dark chrome alloy rims. 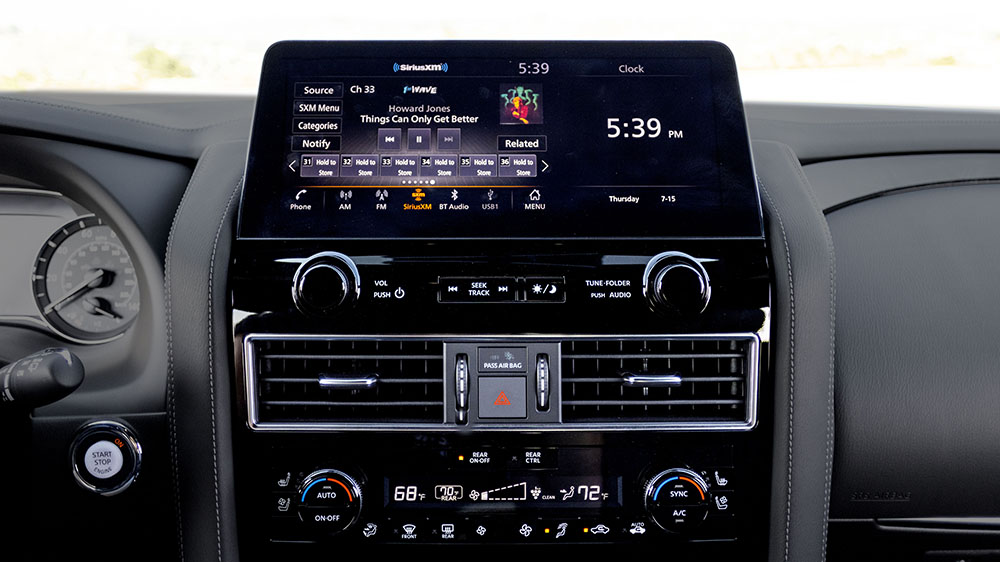 There’s only one engine to choose from, a 5.6-liter V-8. Mated to a seven-speed automatic transmission that sends powers to the rear axle it can generate 400 hp and 413 ft lbs of torque. If you’re the kind of SUV lover who wants the option of going off-road, Infiniti’s All-Mode four-wheel-drive system is available as an add-on. The SUV has a four-wheel, double-wishbone suspension, the rear of which is self-adjusting and strong enough to tow 8,500 pounds. A hydraulic Body Motion Control System is available as an option if you crave an even smoother ride.

“The new 2022 Infiniti QX80 has even more technology inside, adding to the luxury and remarkable strength it’s known for,” Jeff Pope, Infiniti Americas group vice president, said in a statement. “The new QX80 takes its place at the top of our SUV lineup that’s growing bolder for 2022 with the all-new QX55 crossover coupe and, in just a few weeks, the completely redesigned QX60 three-row SUV.” 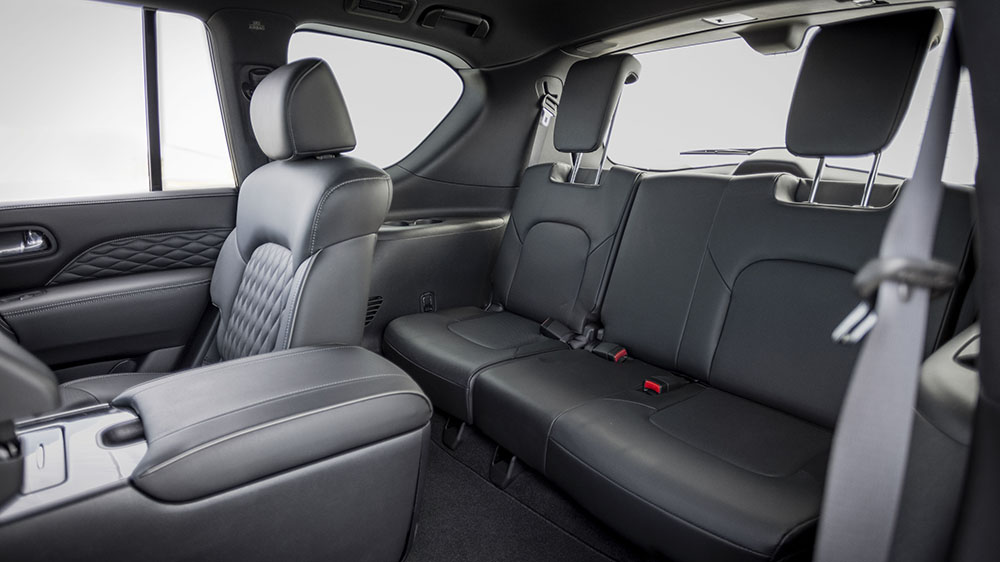 The back two rows of the QX80  Infiniti