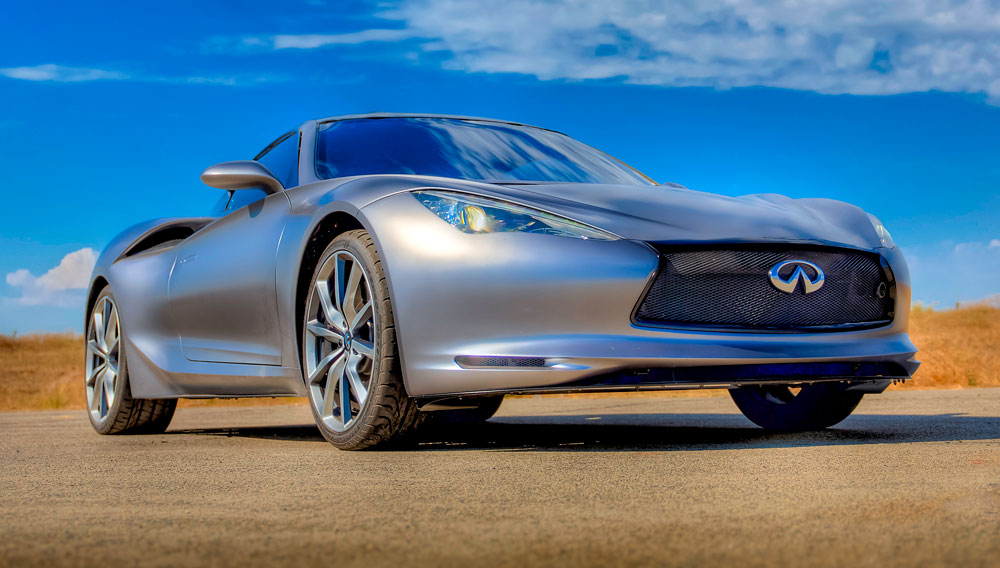 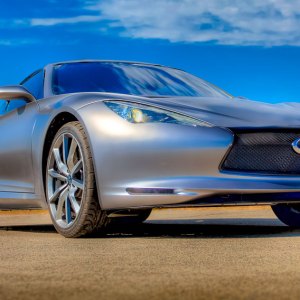 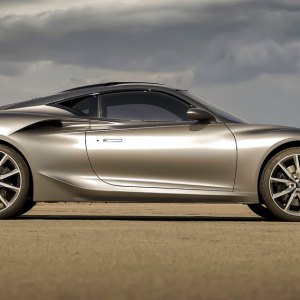 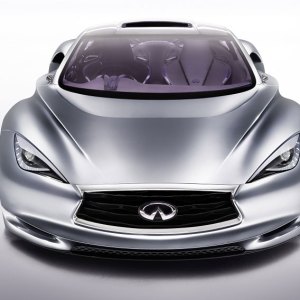 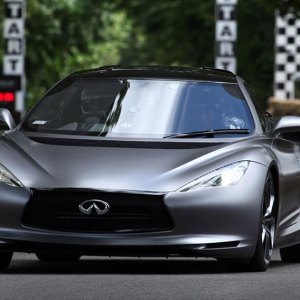 Unveiled 18 months ago at the Geneva Auto Show, the Infiniti Emerg-E concept is striking in appearance, and its significance as a road map to future design and product initiatives at the Japanese luxury make looms large.

Like its Nissan division sibling, Infiniti is counting on the electrification of drivetrains, through either pure electrics or plug-in hybrid systems. Recently, Infiniti made the Emerg-E available for drives in Southern California.

The two-door sports coupe is based on a Lotus Evora chassis and is equipped with two electric motors and a 3-cylinder engine that produce a combined 402 hp driving the rear wheels. The Emerg-E is primarily a range-extended electric vehicle; it relies mainly on the electric motors and the lithium-ion battery pack to do most of the heavy lifting when it comes to high-performance sprints to 60 mph in 4 seconds. The gasoline engine is used mostly as a range extender and as an assist to the electric motors when the battery pack is depleted.

For a concept car, the Emerg-E is well sorted, the steering is quick and precise, and the acceleration, thanks to the tremendous torque of the electric motors, is explosive.

While no firm production plans have been announced, from the looks and performance of the Emerg-E, Infiniti would do well to offer up a flagship with this concept’s cutting-edge design and technology. (www.infinitiusa.com)