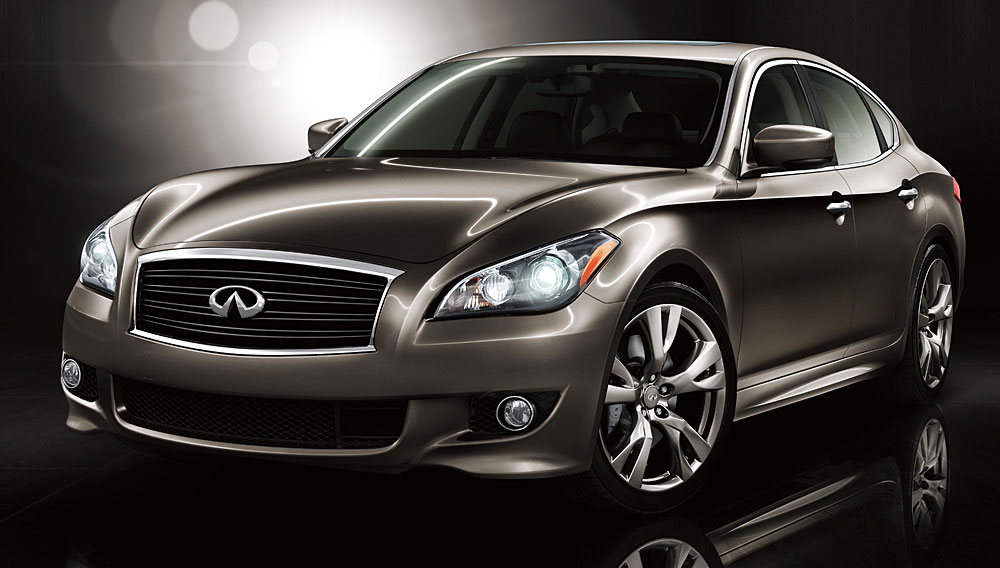 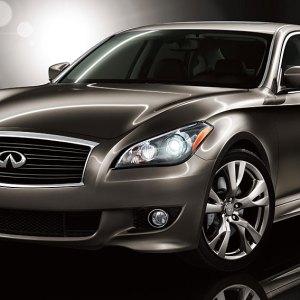 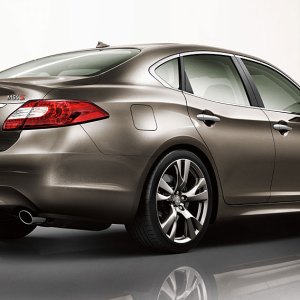 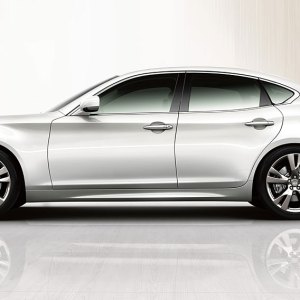 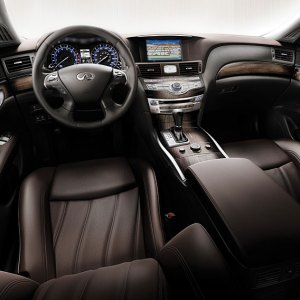 Unveiled at last year’s Pebble Beach Concours d’Elegance, Infiniti’s all-new rear-wheel-drive, V-8-powered M56 takes aim at a few Teutonic heavyweights, including the Audi A6, the BMW 550i, and the Mercedes-Benz E550. To capture the attention of finicky sports sedan shoppers, Infiniti has made the M56 a showpiece for its new design language and the latest in electronic gadgetry. Thus, the M56 is available with a DVD entertainment system, a Bose surround-sound audio system, a refined lane-departure prevention system—which utilizes stability control to prevent the M45 from inadvertently traveling out of its lane—and intelligent cruise control and blind-spot detection. There is even an air-conditioning system designed to neutralize unpleasant odors by modulating humidity and creating oscillating airflow. The base model M37—which is V-6–powered—sacrifices speed but features the same 330 hp V-6 as Infiniti’s popular G37 model. The new M56 hits dealers this spring. Pros: Its new design matches its impressive power train. Cons: Still lacks the cachet of an Audi, a BMW, or a Mercedes-Benz.