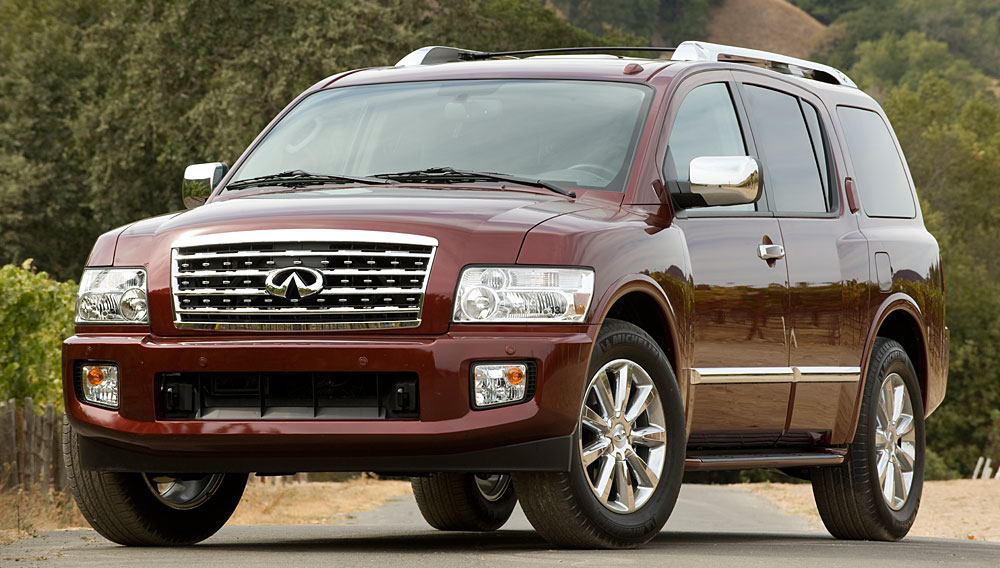 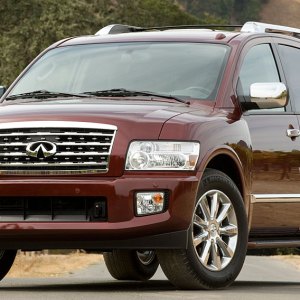 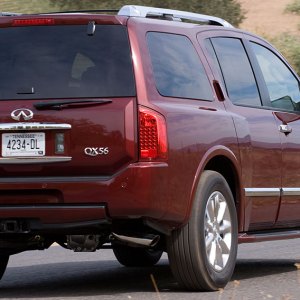 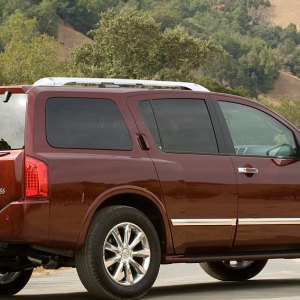 Infiniti’s QX56—the luxurious twin of Nissan’s Armada—has aged quite well since its 2004 introduction. So well, in fact, that it is receiving its first full redesign for the 2011 model year. But for now, buyers may opt for either a rear- or a four-wheel-drive version, both powered by a 5.6-liter V-8 that gives the big Infiniti a towing capacity of up to 9,000 pounds. Included is a complimentary three-year subscription to XM Satellite Radio with NavTraffic, which seamlessly integrates with the QX’s GPS navigation system to provide real-time traffic information. While hardly sluggish, the 320 hp QX nevertheless finds itself competing with such compelling rivals as the Cadillac Escalade and Mercedes-Benz GL450. The Infiniti’s cabin coddles as many as seven occupants with a passel of amenities and safety features—although its generally first-class accommodations are let down by less-than-refined plastic interior trim. Pros: Equal parts comfort and utility. Cons: It’s gargantuan stature is difficult to maneuver through city traffic.