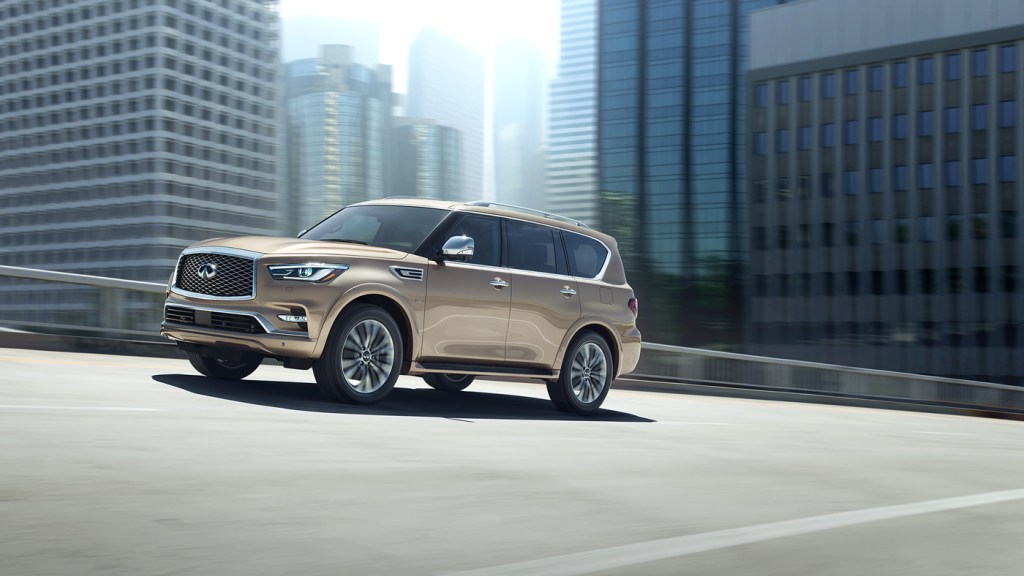 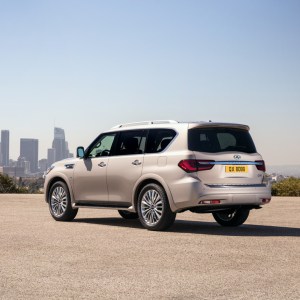 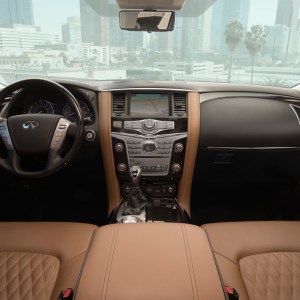 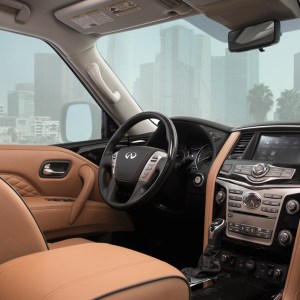 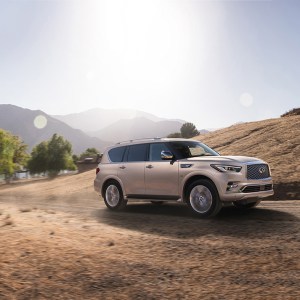 Trumpeting its presence in the luxury SUV segment, Infiniti has debuted a mid-cycle facelift for its full-size QX80, the Japanese brand’s largest and most expensive vehicle.

The new QX80, unveiled last week at the Dubai International Motor Show, reveals bolder proportions and a more commanding personality than its predecessor. Bolstered by its 5.6-liter V8, the 400 hp QX80 now presents the imperious lines and stately authority befitting an (up to) eight-passenger whip meant to compete with similarly-sized suburban garage staples such as the Mercedes-Benz GLS and Cadillac Escalade.

As senior vice president of global design for Infiniti and Nissan, Alfonso Albaisa, explained to RobbReport.com from the Dubai exhibition’s show floor, “We used the new SUV’s shoulder as a defining presence. It’s a very deliberate, confident line that doesn’t care about the world. It’s just straight, and then the sculpture happens around it.”

Infiniti has debuted a facelift for its full-size QX80, the Japanese brand’s largest and most expensive vehicle.  Photo: Courtesy Infiniti.

Bearing a design language that the brand describes as “Powerful Elegance,” the updated QX80 marks a departure from the curvilinear outgoing model, adopting instead an upright and angular stance. Infiniti’s designers sculpted a more striking face by bringing forward the SUV’s shoulder line and strengthening its horizontal movement through the hood, ultimately moving up the signature headlamps by less than four inches, a small move with an outsized effect.

Though its footprint and wheelbase remain unchanged, the new version looks longer and taller. “Even though it’s a minor change, we found a little escape in the tiny shoulder that it has, and we just took that line straight through,” Albaisa said. “It seems like a little trick, but actually it helped us then raise the grille, it helped us level the hood, and it helped us raise the headlamps over 100 millimeters. For a minor change, it was a very big engineering change.”

That refinement carries through to the interior, which Infiniti has outfitted with open-pore wood and quilted, perforated, and padded leather for the seats and surfaces, hewing to the principles of what the Japanese call “Ma,” the mastery of empty space. “That’s when we did some research on ‘elegance,’” Albaisa mentioned, “and it has nothing to do with décor. When you think of elegance, you tend to think of something ornate, or detailed, or nuanced, but in Webster’s dictionary, ‘elegance’ is the simpler solution to a complex set of problems. It’s science, in a sense.”