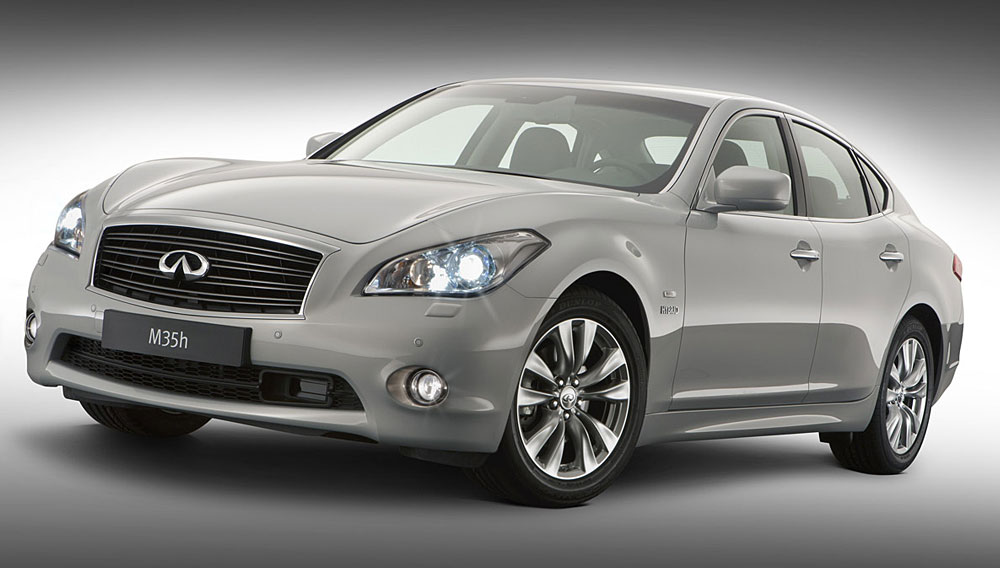 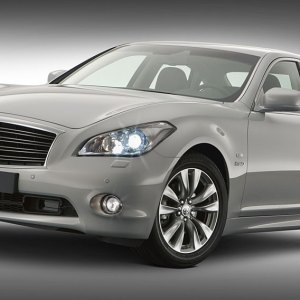 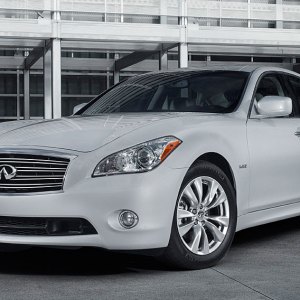 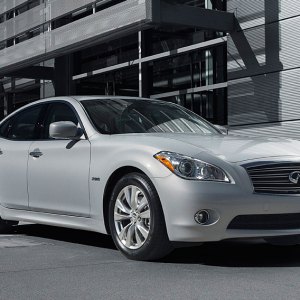 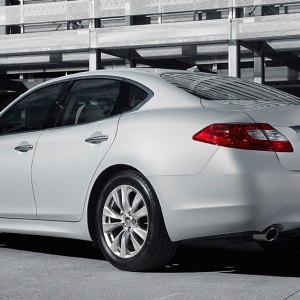 While it’s lovely to have prodigious power under your right foot, a sumptuous cabin to coddle you, and a 16-speaker audio system to amuse you, sometimes a car’s most desirable amenity is the ability to forgo a visit to the gas station. That’s the kind of luxury Infiniti aims to deliver with the 2012 M35h, the hybrid counterpart to the company’s sensuous new M37 and M56 sedans.

At the heart of the M35h lie a 3.5-liter V-6 engine and a 50-kilowatt electric motor, which together produce a hefty 360 horsepower. And the powertrain merges the gasoline engine’s 258 foot-pounds of torque with the electric motor’s instantly available 199 foot-pounds. That’s enough oomph to loft this sumptuous five-seater to 60 mph in less than six seconds.

Great performance is one thing, but great performance with stellar fuel economy is real news. And the M35h rises to the occasion: Infiniti claims the car will return 25 mpg in the city and 30 mpg on the highway—that’s four-cylinder consumption with eight-cylinder performance. And thanks to a seven-speed automatic transmission and a highly advanced lithium-ion battery pack, the M35h can travel at speeds up to 62 mph on electric power alone.

No surprise, the M35h is packed to its moon roof with advanced technology, including Active Noise Control, Infiniti’s Forest Air filtration system, and the Blind Spot Warning system with Blind Spot Intervention, which work in tandem to alert the driver to hazards and, if need be, to physically nudge the car back into its lane to avoid a crash.

Infiniti hasn’t released pricing for its hybrid baby, but expect the car’s bottom line to fall neatly between the M37’s $47,050 and the M56’s $58,450. The M35h should begin rolling into dealerships before the end of March. (www.infiniti.com)