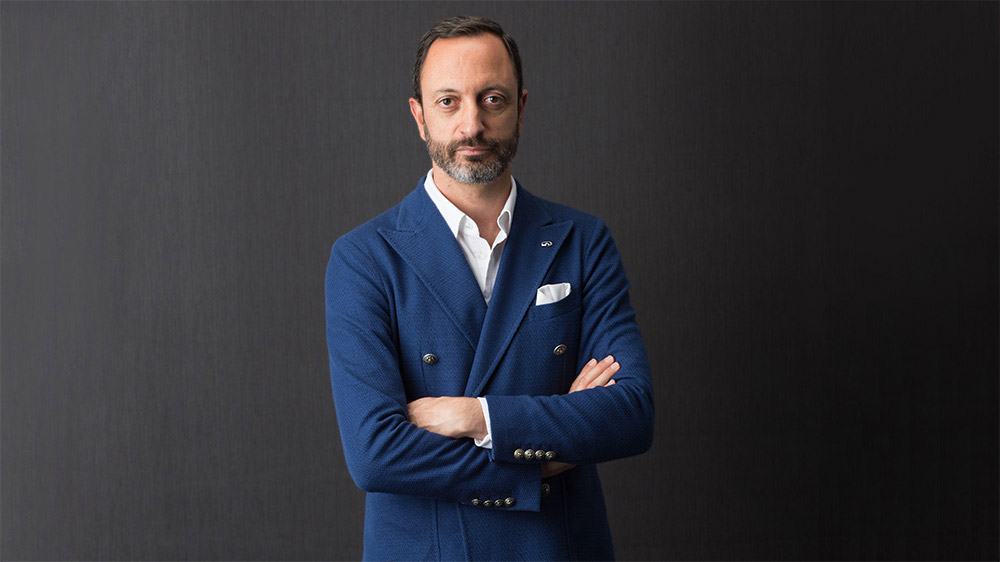 “Good design doesn’t need a lot of artifice.” That’s what Karim Habib told me in 2015 while still chief design director at BMW. He described his love of Japanese art and architecture, praising the aesthetic of “reduced, minimalist things.” Fortuitously, Habib left the German automaker two years later for a job in Japan as executive design director for Infiniti.

Habib, a self-described shy kid who liked to draw, was born in Lebanon and grew up in Montreal, Canada. After graduating from Art Center College of Design, Habib went to BMW-owned Designworks in Southern California and later led the design department at BMW from 2012 to 2017. Now at Infiniti, Karim and his team, overseen by senior vice president of global design Alfonso Albaisa, have the monumental task of reinvigorating the brand and luring more customers in a market that’s more competitive than ever. One thing Habib values is that, unlike his last employer (where company history must be preserved in its design language), the newest Infiniti design team gets to start with a practically clean slate.

“There are no restrictions. I feel free like I have not felt in a long time,” Habib said during a recent interview in Los Angeles. Although, he also doesn’t want to completely bulldoze the progress the brand has already made. “The last few years, there’s a strong consistency . . . I don’t want to throw that out the door. Like always, I would like to respect the work that’s been done and the history of the brand whether it’s short or long. That will not be as important as the need to represent a new era—not because I’m here but because there’s new technologies coming, there are new customers we want to reach, and new markets we’d like to conquer. That’s what will drive us.”

Those new technologies include electrified power trains, which the company says will be used on every Infiniti model by 2021. A glimpse of the marque’s future direction was recently previewed at Monterey Car week in the form of the all-electric Prototype 10 Concept. Infiniti’s electric offerings will be built on a new platform, first shown in the form of the Q Inspiration Concept, which made its debut at this year’s North American International Auto Show in Detroit. One of the most poignant effects of electrification, as it relates to design, is that designers are no longer bound by the old rules of proportion. Specifically, the elimination of a large combustion engine means a car doesn’t (at least functionally) require a long hood. Many brands are shifting that real estate to the interior for increased space and comfort.

“The more classical, long dash-to-axle, I don’t know if that’s really necessary,” Habib admits. But he also argues that despite shifting proportions, there are certain principles that will always define good design. “There’s still what I call the canons of beauty. They’re more debatable, but I do think wheel-to-body relationship will never change. I do think big wheels will always look better than small wheels, and that will be part of my crusade to make sure that remains the case.”

Habib also stresses that Infiniti will retain a sense of its Japanese heritage, despite its push to become more relevant globally. “I don’t want to just talk about bamboo and rock gardens. One of the things that was really interesting to me in moving to Japan was understanding a totally different sense of aesthetic, of proportion, of rhythm. Maybe also a sense of restraint and minimalism and modesty. I have to drive a lot. One day I turn the corner on one of those suspended roads, and I see a horrible building. Then at the end of that building, I see a bistro that looks like the middle of Paris. I just think, ‘Amazing.’”

It is perhaps fitting that Habib, one of the industry’s most genuine and gracious designers, has found a home that values qualities that go beyond aesthetics. “I think Japan just has a really nice humanity to it. That’s probably one of the most important things that I’m discovering about this brand is that it builds machines and it’s about machines, but in the end it’s about trying to create something very human. I really would like to experiment with that and see where that leads me. I do think I will grow as a designer because of being exposed to all that stuff. We’ll see. Give me another year or so.”