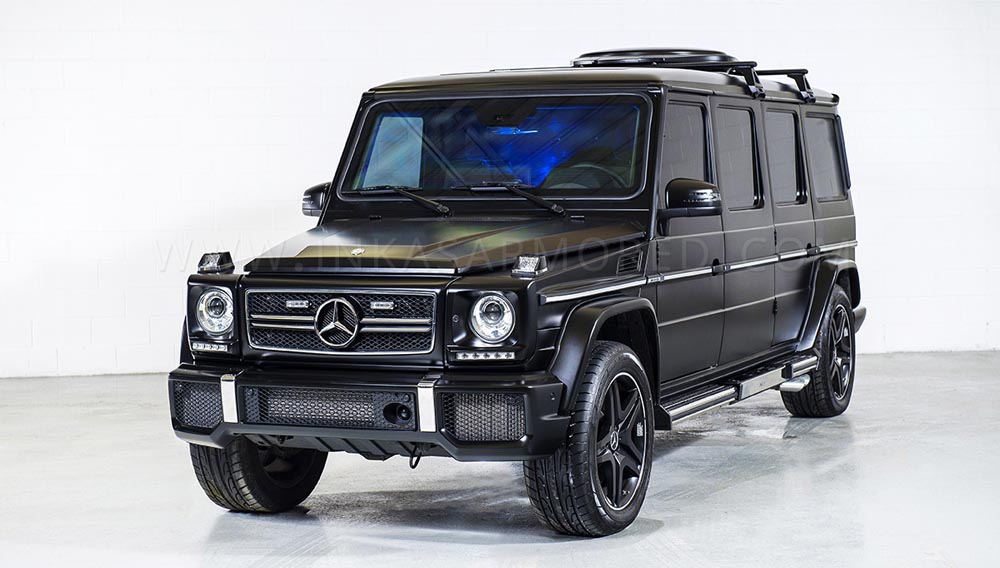 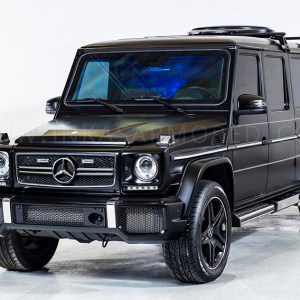 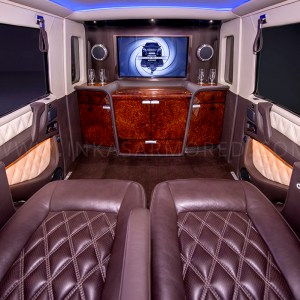 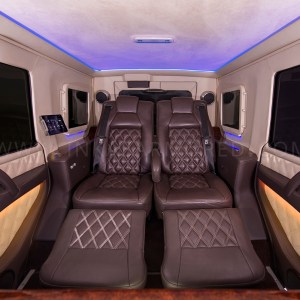 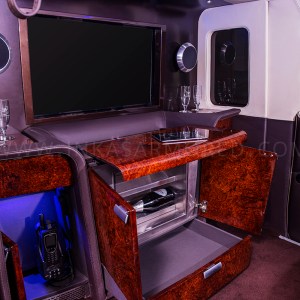 INKAS Armored Vehicle Manufacturing has introduced the upgraded model of its flagship fully armored and stretched executive limousine based on the Mercedes-Benz G-class. The new limousine stands out from the crowd due to its unique exterior upgrades as well as various VIP interior features making this car one of the best-equipped armored vehicles on the market today. The overall look and feel of this new upgraded model once again demonstrates INKAS role as a pioneer in the field of luxury armored vehicles.

Among the attractive upgrades of the vehicle’s exterior is the matte black paint job, which makes the vehicle look more stylish. In comparison to the previous model, the new limousine has a window in the 43-inch stretched part as well as customized lights and side blinkers. INKAS employed electroluminescent bulletproof glass allowing passengers to have more comfort and privacy without compromising safety. The exterior of the vehicle is equipped with cameras providing perimeter surveillance.

INKAS has also fitted the vehicle with an entirely new and customized interior as well as equipped it with luxurious features including, but not limited to the following:

Most interior features are operated via an iPad mini using the innovative Limo Control system developed by INKAS Armored. It allows to control lighting, seats, cameras, ventilation, audio and TV systems as well as to operate the partition between the driver and the passenger compartments. The Limo Control system has a friendly multilingual user interface and can be easily customized in order to provide control over specific features of any limousine.

The limousine comes with perimeter armoring of the passenger compartment in order to provide protection against 7.62mm, 308 Winchester FMJ ammunition, in accordance with NIJ Standard 0108.01 Level 3 and/or CEN 1063 Level B6. The vehicle floor is armored to withstand blasts and shrapnel from detonation of 2 x DM51 grenades detonated simultaneously. An advanced armored rear bulkhead and proprietary overlap system installed between all open crevices complete INKAS Armored 360-degree perimeter protection. In order to ensure that the vehicle’s factory characteristics are left mostly intact after armoring and stretching, INKAS Armored has upgraded suspension and braking components to ensure maximal ride quality and control.

“We designed and built this remarkable armored limo with a specific goal in mind – to create the vehicle which stands apart from the products available on the market today as well as to provide our customers with super luxury car without compromising security. Due to our extensive experience in the field of customized luxury armored vehicles we were able to deliver the ultimate solution”, says David Khazanski, CEO, INKAS Armored Vehicle Manufacturing.