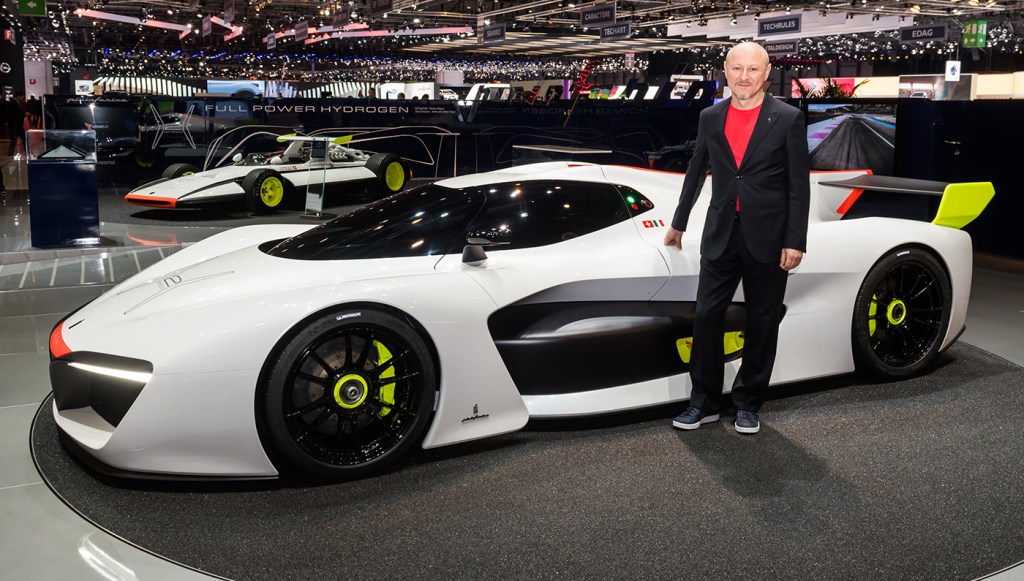 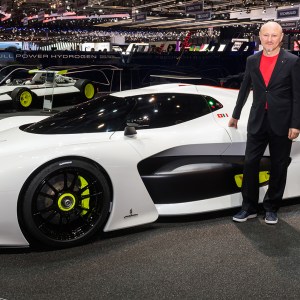 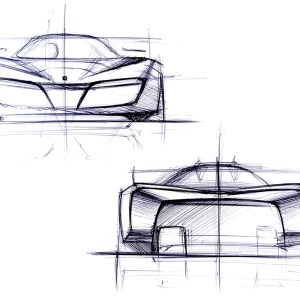 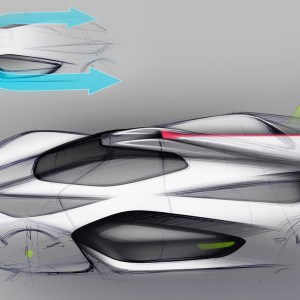 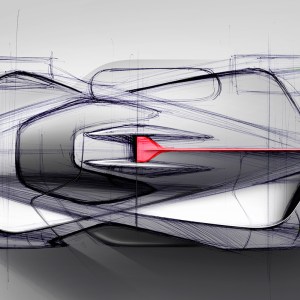 Since 1930, Pininfarina has elevated car design to fine art guided by its core values: elegance, purity, and innovation. And while Italy’s iconic design firm has expanded its focus to other forms of industrial artistry in recent years, including its newly launched Pininfarina Home Design branch, no other project embodies its legacy as the H2 Speed—a hydrogen-fueled concept car that is sure to leave competitors green with envy.

RobbReport.com recently spoke with Pininfarina’s design director and chief creative officer, Fabio Filippini, about its innovative new vision and how the H2 Speed could be a new cornerstone for the company.

RobbReport.com: What was the inspiration for the H2 Speed?

Fabio Filippini: The inspiration for the H2 Speed is what has inspired Pininfarina throughout its history—the search for revolutionary styles to associate with competition cars. Coupled with this is the fact that there are big changes in the automotive world related to sustainable mobility, so we thought we would try to interpret these new technologies in a totally different way. We didn’t want to compromise and end up with a neutral car that is only a commodity you take from point A to B, but create a vehicle that promotes passion for performance.

RR: What elements of the 1969 Ferrari Sigma Grand Prix did you incorporate into the H2 Speed?

FF: We didn’t start by thinking about the Ferrari Sigma Grand Prix, and the H2 Speed is definitely not a reinterpretation of that car. The project, however, did make us think about our history and the Sigma Grand Prix is certainly the most outstanding example of Pininfarina’s approach to competition and high-performance cars. At the time, Sigma was the result of our research into enhancing the safety of Formula 1. We adopted similar processes in our research about eco-sustainability and found many common elements—not from a design perspective but conceptually.

At the same time, there were also some unexpected coincidences. For example, the Sigma Grand Prix has the gas tank on the side for safety reasons, and it is protected by metal ribs. As it turned out, the H2 Speed’s two large hydrogen gas tanks also needed to be positioned on the sides for balance, so you have this serendipity in style between the two cars despite the differences in technology and purpose.

Another aspect, which for me is more of a lucky combination, is that the Ferrari Sigma Grand Prix was promoted and sponsored by a Swiss automobile company, so it has a little Swiss flag on the side. In the case of the H2 Speed, the company who has been developing our hydrogen-based powertrain, GreenGT, has a Swiss background as well, so the same flag appears on the car—it’s like a quote from the past.

RR: How did the collaboration with GreenGT come about?

FF: We were trying to find a different path towards sustainable technology as related to cars and became aware that GreenGT had already created a running prototype based on hydrogen fuel cells. In our first conversation the idea came up, quite naturally, to join forces. We realized that combining its advanced and innovative powertrain with Pininfarina’s equally innovative creative vision would be a great opportunity for both of us.

RR: As the chief creative officer, what were your influences in coming up with the design of the H2 Speed?

FF: Well, the influences for us are found in the three basic values of elegance, purity, and innovation that are intrinsic to Pininfarina’s DNA. The H2 Speed is symbolic of this. Even though we had the strong constraints of big, heavy hydrogen tanks, we were able to find a balanced design that results in a very elegant silhouette. As per our tradition, it was very important to have a clean, pure shape that emphasizes the H2 Speed’s aerodynamic aesthetic, technological advancement, and powerful performance. This even carried over into our color choice of white—in reference to water vapor, which is all that the car emits.

RR: What made you decide to go with hydrogen as the fuel source?

FF: Hydrogen is the most abundant element in the world, and the technology for mobility emits pure water vapor so, to us, it’s something very exciting. And at the same time, we are not sacrificing performance. The H2 Speed has over 500 hp, is a reasonable weight, and has a driving range comparable to its traditionally fueled counterparts—about 40 minutes on the track. Hydrogen gave us the ability to develop a new exciting vehicle that added ecology to the mix of passion and performance.

RR: What have you learned from the development of the H2 Speed?

FF: As a creative person, it reminded me that constraints can sometimes lead to exceptional design. The challenge was integrating a new form of powertrain and, as mentioned, cumbersome hydrogen tanks into a visually appealing body without it looking heavy. We decided not to completely conceal the tanks, but to show them covered with a carbon-fiber fairing. This component would also help us divert the air coming from the front and jet it out the sides, so we got completely unexpected aerodynamic results as well. We were able to transform the challenging limitations into an opportunity to make something beautiful.

RR: Are there autonomous driving elements incorporated into the H2 Speed?

FF: No, not at all. The H2 Speed is a pure track car. The most important thing is that the driver can really take it to the limit and enjoy the emotion of performance without polluting—that’s the point of it.

RR: Are there plans for the H2 Speed to go into production?

FF: Well, that’s our dream, and we would like it to become a reality as soon as possible. As we are used to producing limited editions for very exclusive markets, our idea is to build at least 10 cars for potential customers. In order to do that, we are now working on a proper business case to find the right balance between initial investment, overall cost, and return. In the next two or three months, maximum, we will have a clearer vision of how many we can manufacture.

RR: What is next for Pininfarina?

FF: Oh, many things. Along with our collaborations with car companies worldwide, we are also working in other commercial fields. For example, Pininfarina designed the interior of the coaches for the new Eurostar train running from London to Paris, and one of our teams just won an international contest to design the control tower for Istanbul’s new international airport. With Pininfarina, one day you could be working on a supercar, another it could be a train or an airport—that is what makes it so exciting.