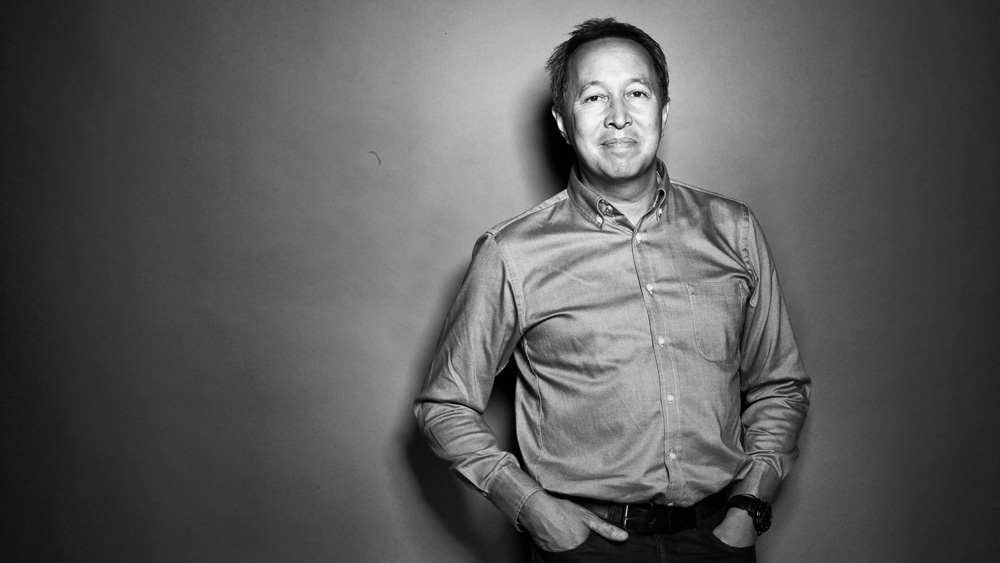 Julian Thomson achieved youthful fame as author of the Lotus Elise S1, a sports car for the purist that debuted in 1996. With that vehicle to his credit, Thomson next joined VW’s advanced studio in Barcelona, where he worked with Achim Anscheidt, current head of Bugatti design. For the last 20 years, however, Thomson has been with Jaguar and, as of last summer, is the brand’s design chief. In his new role, he is pushing aside conservatism in favor of a bolder aesthetic language, returning Jaguar to its sexy roots. But then it could be argued that the marque is in his DNA. After all, two members of his family competed with factory Jaguar race cars in the early 1950s, giving Thomson a unique personal connection to the origins of the automaker.

What is your family’s early relationship with Jaguar?

Prince Chula and his cousin, Prince Bira [royalty from what was then the Kingdom of Siam, now Thailand], ran a race team prewar, racing ERAs. Then I found out that Lofty England, who became managing director of Jaguar after William Lyons, had worked for Prince Bira. So, a previous Jaguar MD [CEO] worked for one of my family, like a great-great uncle.

Just after the war, when Jaguar was experimenting and thinking about racing, they entered three Jaguar XK120s in a race at Silverstone. Prince Bira was one of the drivers. The three cars did extremely well, and Prince Bira actually led the race. So, in a very tenuous link to me, the first Jaguar racing car to actually lead a race was driven by one of my family members. Unfortunately, he got a flat tire and didn’t win. I have a picture in my office of that scene, that race—of Prince Bira in the XK120 at Silverstone.

A Jaguar XK120 at the 2012 Le Mans Classic.  Photo by Magic Car Pics/Shutterstock.

Now that you are at the helm of Jaguar’s design, how do you see it evolving?

Jaguar needs to shift up a gear. The world is changing enormously, in terms of technology—sharing, autonomous, electric. It is also changing in attitudes to wealth, status and the environment. At events like Pebble Beach and Villa d’Este, seeing so many people who are just so into cars reignites my love for the automobile. But then they see a modern car and are thinking “That’s not as beautiful.”

How we try to recreate that same emotional connection with a modern customer, that love for a product, Jaguar has always been about that. We have never been overtly flashy, or brash, or noisy, or the most powerful. We have been about the most beautiful—the most beautiful to look at, and to drive. We are going to experiment a little bit now. The time is right for us to step back, the time is right for us to change.

What will be your approach?

The customers would be disappointed if we didn’t experiment. We have a new team and we need to build back Jaguar’s aura. You can never imagine William Lyons getting a Rover into his workshops and copying it. We have an industry that is so complex, so competitive that we can’t help but look at other company’s cars. But we have to stop doing that for a bit and spend more time just thinking about invention, having a little more insight into the market.

How are you inspired by Jaguar’s models from the Golden Age of motorsports and the people that developed them?

When you here about cars like the XK120 and the E-type, when they put them out in shows, they didn’t know if they were good or bad. They stood back and waited to see what would happen. It wasn’t calculated. They did what they thought was right…that element of risk and invention.

A Jaguar E-Type racing at the 2017 Goodwood Revival.  Photo by Pete Summers/Shutterstock.

As electric cars change the market, where does the I-Pace fit in Jaguar’s legacy.

In more established electric vehicle markets, like Norway, whenever I speak to those customers, none of them would ever consider going back to an internal combustion engine. The challenge has always been how we make that experience “Jaguar.” If the experience is all about efficiency, quiet, no noise, no leaky oil, it’s less of an automotive experience. How do you really make it count?

We hemmed and hawed about whether we should go electric, whether we could make an electric Jaguar which is genuinely Jaguar. The I-Pace presents that with its effortless driving, handling and luxury. We feel we can add to that with more luxury, more serenity, but also this effortless power.