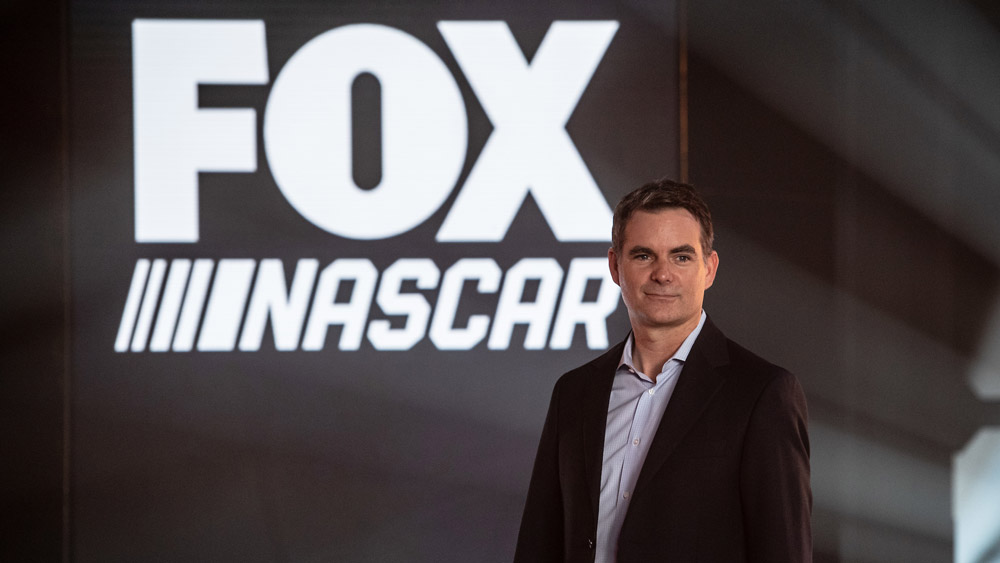 The Daytona 500—the Diamond Jim Brady cut of stock car racing—is the most important race in the NASCAR Cup Series, and has been run since 1959, the year Daytona International Speedway opened to become one of America’s premier circuits. The “Super Bowl of Stock Car Racing,” as it’s also known, is a 500-mile, 200-lap, fender-to-fender love fest that see speeds well in excess of 200 mph. (The fastest recorded lap was set in 1987 by Bill Elliott, before restrictor plates were implemented, at 210+ mph). Over the years, drivers like Richard Petty, Cale Yarborough, Bobby Allison, Dale Jarrett and Dale Earnhardt became household names for hundreds of millions of Americans. Among them, Jeff Gordon is the most well-known today.

The four-time NASCAR Cup Champion has claimed three Daytona 500 victories since 1994, and 93 first-place wins overall. Retired in 2015, Gordon is now in his fifth season as commentator with Fox NASCAR. Fox, which celebrates its twentieth anniversary in 2020 as the official NASCAR channel, is known to fans and followers as the voice of the sport. And this year is Gordon’s first season as lead broadcaster.

Ahead of this Sunday’s 2020 Daytona 500, we spoke with Gordon about racing, up-and-coming drivers, his take on NASCAR and a philanthropic endeavor that proves life isn’t relegated to just the track.

What does it feel like, being one of the world’s winningest drivers and taking pole position in the broadcasting booth?

When I think back to my driving career, and Fox covering the sport, I definitely took for granted the effort that they put into bringing our sport to the fans. So now I have a greater appreciation for that.

Jeff Gordon behind the wheel of a race simulator.  Photo: Courtesy of Fox Sports.

As you got into broadcasting, what lessons did you take from Darrell Waltrip, himself a NASCAR legend and, with 19 years as the Fox NASCAR broadcaster, a seasoned pro behind the microphone?

Oh, I learned so much from DW. Of course, we raced together…had some great races and some not so great races. So, it was going to be very interesting when we went into the booth together. But you know, he took me under his wing. He was a great mentor, getting his perspective on not just the sport, but the entertainment side of broadcasting. And of course, nobody brings the kind of energy that DW did. I thought we complemented one another really well. What I focus on the most is how can I put myself into the driver’s seat—into the mind of the driver—and explain to the fans what the driver might be going through, what they’re thinking. Whether it’s drafting for the Daytona 500 or on a mile-and-a-half going over some of the bumps, or the car sliding around, or a road course.

Looking from on high, so to speak, how do you feel watching young drivers like Chase Elliott, son of NASCAR great Billy Elliot?

Well, for my first year in the broadcast booth, Chase was driving the 24 car taken over from me. It was hard to see anybody else driving that 24 car. But I was so pleased to be able to have Chase Elliot do that. And now William Byron, so two young, great talents. Chase has really impressed me. I say this with a little bit of a grin on my face, because I was a Hendrick driver for so long. ‘Oh, that Jeff talks about Chase Elliott too much,’ some people have said, ‘because of his bias towards Hendrick Motorsports.’ But Chase is our most popular driver, it’s hard not to talk about him.

And I do think he’s a future champion like his dad was, if you look at his background. He’s been racing since he was a young kid. He’s raced anything and everything. He works really hard at it and just has a tremendous amount of talent and confidence that he brings, which is all the makings of a great champion. And this year is an exciting year for Hendrick because there’s some energy around the new Chevy Camaro. Hendrick Motorsports has been off for the last couple of years, and Toyota has been really setting the high benchmark for everybody. So, I think that this could be an opportunity for them to show what they’re capable of, with all the hard work they’ve put in.

Jeff Gordon in the lead at the 2015 Daytona 500.  Photo by John Raoux/AP/Shutterstock.

It’s been widely speculated that you may end up overseeing the whole management of Hendrick Motorsports. Can you share any future plans in that regard?

My relationship with Rick [Hendrick] has never been closer. Even when I stepped away from the driving side, he has remained like family to me, and so has that organization. At this time of year, I really focus and get dialed into the broadcast and try to be as non-biased as I can about what I’m seeing out there in the racetrack.

I love the sport. I’m very passionate about it from the business side as well as from the competitor side—and now the broadcasting side. So, it’s something that I certainly would welcome and would be interested in pursuing one day but, right now, there’s nothing to really report.

Many of the Robb Report audience are racing enthusiasts—especially F1—and a lot of them compete in a marque-specific series with their Ferrari’s and Lamborghini’s, or enjoy tracking their cars. How do we get our audience to be NASCAR fans?

First of all, let me just say I’m a huge fan [of Robb Report]. The first thing we could do is take whatever Ferrari that’s out there and put our cup cars up against it on a racetrack. Wouldn’t that be fun? I think people take for granted how difficult it is to set up a car that has the amount of grip, downforce and power that a stock car has, and put it on a high-bank oval, like Daytona, or a mile-and-a-half track like Texas or Las Vegas. The skill set it takes—while different than a Formula 1 driver’s—to me is equally as challenging. When you’re ready to get one of those Lamborghinis or Ferraris and match it up against a cup car, you let me know. I’ll be happy to take that on.

In 1999, you founded a charity committed to fighting pediatric cancer, the Jeff Gordon Children’s Foundation. How does philanthropy play into your future?

I was actually just thinking about this earlier today…the way I got launched into the sport, and how my very first race was Richard Petty’s last race. I’ve watched him walk the garage area, signing autographs for every fan that came by. I look at the philanthropic work that he and other drivers did. And then my second race—my rookie year in ’93—was the Daytona 500. I had the two incredible experiences in my introduction to the sport. I immediately wanted to do all that I could to be like him. Along the way, my experiences with kids and charity work led me to start my own foundation.

Programs like raffles have helped us raise millions and millions of dollars towards pediatric cancer research. I’d wanted to get really involved in the research and development of future treatments, make the current treatments better, as well as find cures to some of the incurable cancers and challenges that a lot of these kids are being faced with.

On February 16, Jeff Gordon will kick off the Daytona 500 for the NASCAR Cup Series’ first race of the new decade.