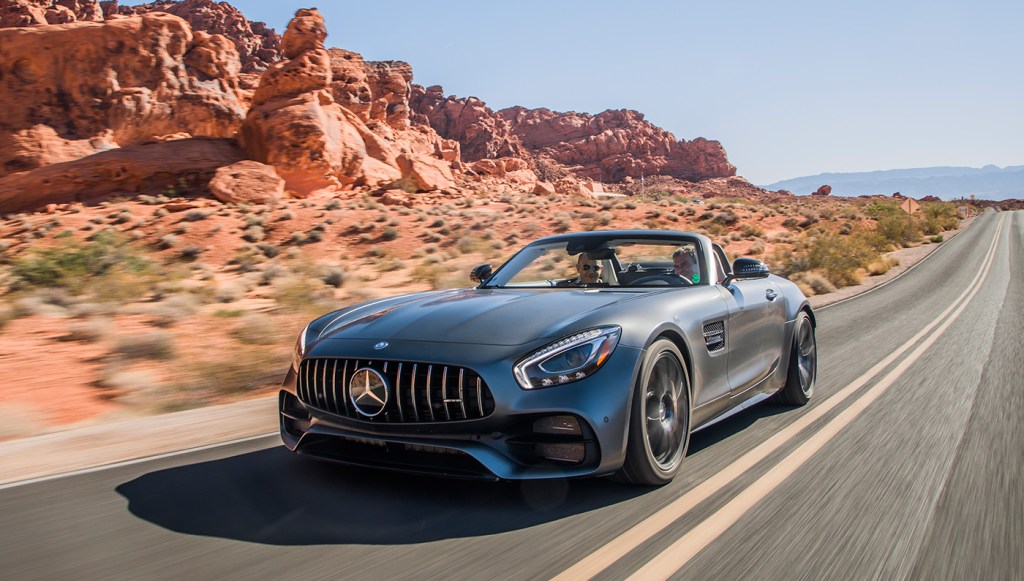 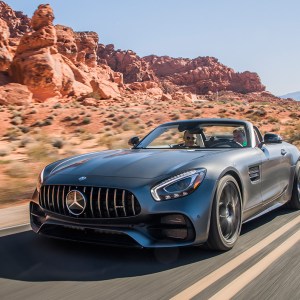 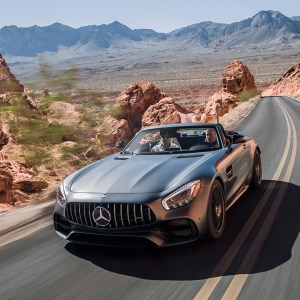 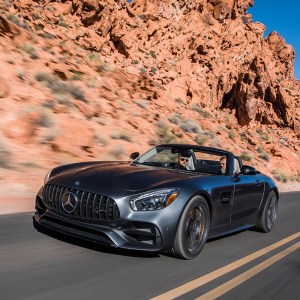 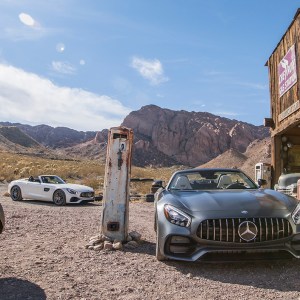 A desolate desert highway is an unlikely locale for a brash open-air sports car, but our pre-production 2018 Mercedes-AMG GT C cuts through the barren open spaces outside of Las Vegas with a singular purpose. Piloted by AMG boss Tobias Moers, the prototype is undergoing testing before the final green light for production, enabling Moers to ensure the track-ready ride drives and feels exactly as it should.

I can’t reach the car’s controls from the passenger seat— Robb Report is strictly along for the ride while Moers drives this pre-production example—but the seat-of-the-pants sensations are indelible. From the crackle of the V-8 to how the chassis adheres to pavement, the GT C seems completely in sync with the tarmac below, grasping surefootedly as it negotiates the road’s rollercoaster-like undulations and tight corners. The responsiveness is no surprise, as the coupe was originally engineered with roadster duty in mind. The Mercedes-AMG GT C Roadster is the more aggressively tuned spinoff of the GT Roadster, and it borrows elements from the top of the GT lineup, the GT R coupe. Though not as powerful as the GT R, the GT C extracts a considerable 550 hp and 502 ft lbs of torque from the twin-turbocharged 4-liter V-8, and can scoot to 60 mph from a standstill in 3.7 seconds, eventually reaching a terminal velocity of 196 mph. In contrast, the 469 hp GT Roadster lacks some of the exotic hardware shared with the GT R, like rear-wheel steering; an electronic rear differential, which transfers power to the road more efficiently; and active airflow management, which uses louvers in the front grille to optimize engine cooling and aerodynamics. The GT C also strikes a meaner stance with its wider track and more aggressive bodywork, lending it a hunkered-down presence that makes it look just as fast as it is.

As our ride comes to an end and the cars are prepped for further testing with Mercedes-AMG engineers, Moers remarks that the steering is not tuned to his liking, suggesting that there is still work to be done before the GT and GT C Roadsters reach showrooms in fall of 2017. It’s a small but telling window into the amounts of minutia needed to make a thoroughbred feel just so and the discerning sense it takes to enable even the mightiest of manufacturers to compete on the world stage. (mbusa.com)