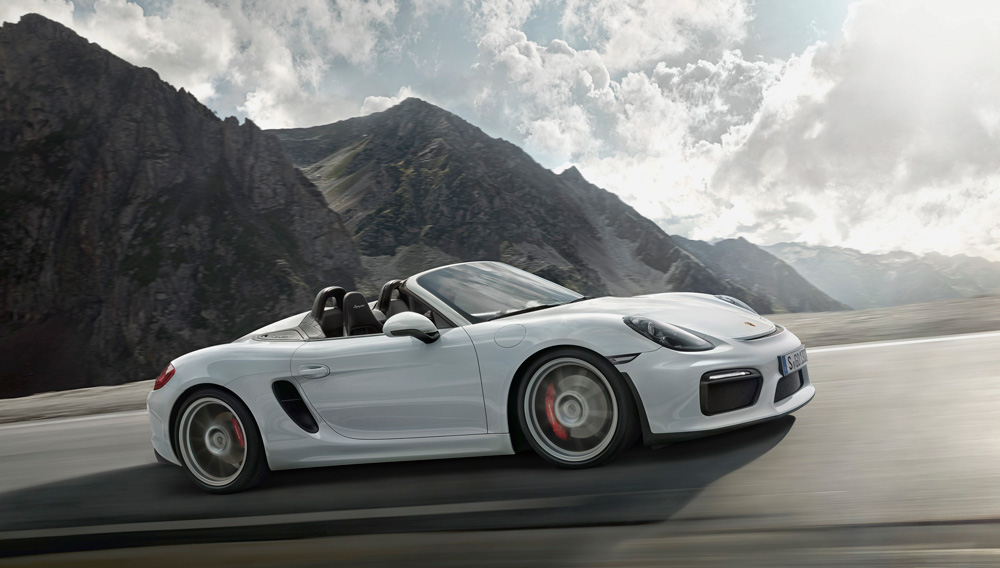 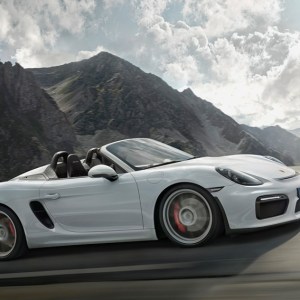 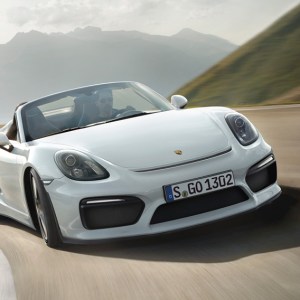 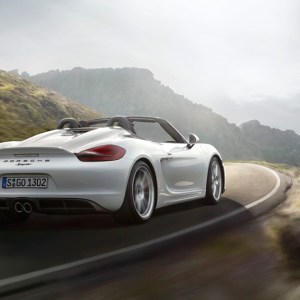 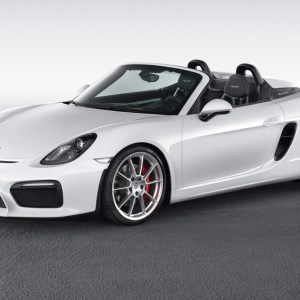 Porsche proves there is beauty in simplicity with the all-new Boxster Spyder, the stripped-down roadster introduced at this year’s New York International Auto Show. Based on the latest-generation (981) Boxster/Cayman, the 2016 Boxster Spyder is fitted with a 3.8-liter, flat-6 engine borrowed from the Cayman GT4. The new Spyder is tuned to generate 375 hp—an increase of 55 hp over the previous model—allowing the car to sprint from zero to 60 mph in 4.3 seconds. The lowered sport suspension is sourced from the Cayman GTS, while the brakes and sport exhaust are borrowed from the vaunted 911 Carrera S. And, unlike the last model, which offered Porsche’s PDK dual-clutch gearbox, this Boxster Spyder is offered only with a manual transmission.

Like its predecessor, the Spyder saves weight over the standard Boxster by foregoing the radio and air-conditioning (which can be added back as no-cost options), and using lighter materials all around, including fabric door-pulls. Design cues unique to the car include so-called streamliners that sweep down over the rear deck lid in a nod to the 718 Spyder from the 1960s. Usability is significantly improved, thanks to a new roof design that makes removing and installing the top much quicker, and also allows the Boxster Spyder to reach its top speed of 180 mph with the roof in place—something you cannot do with the first-generation car.

The 2016 Boxster Spyder is scheduled to arrive in the United States in October, for a starting price of $82,100. (porsche.com)