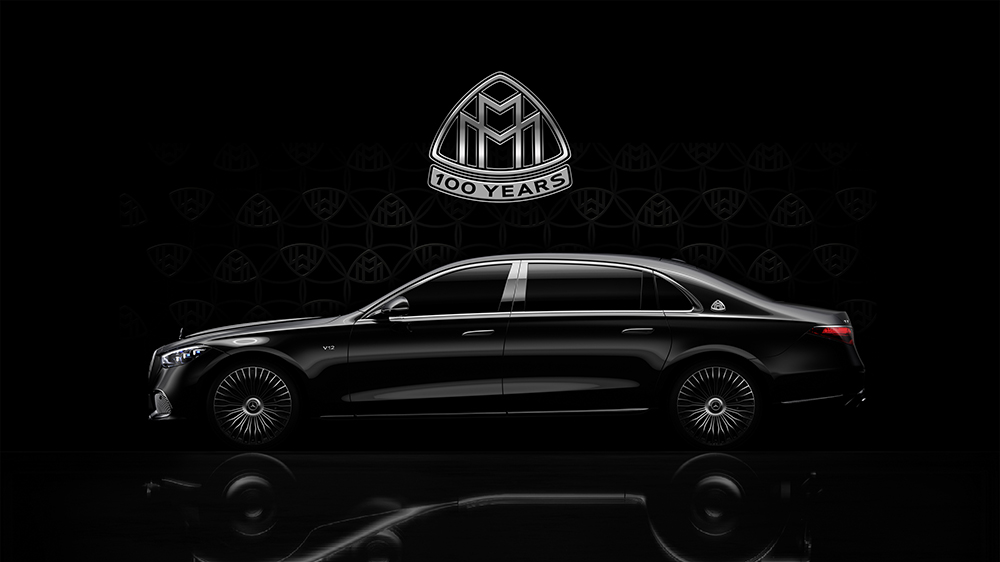 Mercedes wants to make sure Maybach’s 100th birthday is one to remember.

Earlier this week, the German automaker shared a tribute to its high-end sub-brand on the occasion of its centennial, calling it the “pinnacle of luxury and creative empowerment.” While the press release was filled with promises of good things to come, what really caught our eye was an image of a stately, new sedan with V-12 badging.

The accompanying photo depicts what appears to be a special 100th anniversary model based on the W223 S-Class that was introduced last fall. The elegant sedan is reason enough for excitement, but what will really set hearts aflutter is the V-12 badge on its front fender, just above one of Maybach’s signature spoked wheel.

Shortly after the introduction of the new S-Class, Maybach introduced its own version of the sedan, the S580. The four-door, though, is only powered by a 4.0-liter twin-turbo V8 with EQ-Boost mild-hybrid technology. Mated to a nine-speed automatic, it produces 496 hp and 516 ft lbs of torque, though its hybrid tech boosts those figures by 21 and 184, respectively. That’s a lot of power, even for a car as big as the S580 (its wheelbase is seven inches longer than the W223’s). But just imagine how much more punch the bigger V-12 could provide. The last-generation Maybach S-Class was available with a twin-turbo V-12 that churned out a beastly 621 horses and 738 ft lbs of torque. We’d expect this iteration to have just as much grunt, if not more.

It should be noted that, despite the image included in Mercedes’s tribute to Maybach, a V-12 version of the new S-Class has yet to be confirmed. When reached for comment, a representative for Mercedes-Maybach told Robb Report, “Actually this is just a teaser and we have no other material to share.”

Teasers, of course, sometimes presage things to come. If the car does eventually come to fruition, the sedan, which Motor1.com reports will be called the S650 or S680, would likely feature the only V-12 in the entirely of the Mercedes lineup.

The end of Mercedes-Maybach’s celebratory press release also included a brief mention of the division’s first fully electric vehicle, which makes sense considering its parent company’s recent push electrification and the debut of the first all-electric Mercedes sedan. The vaunted sub-brand may be 100 years old, but it’s clearly not ready to stop evolving just yet.