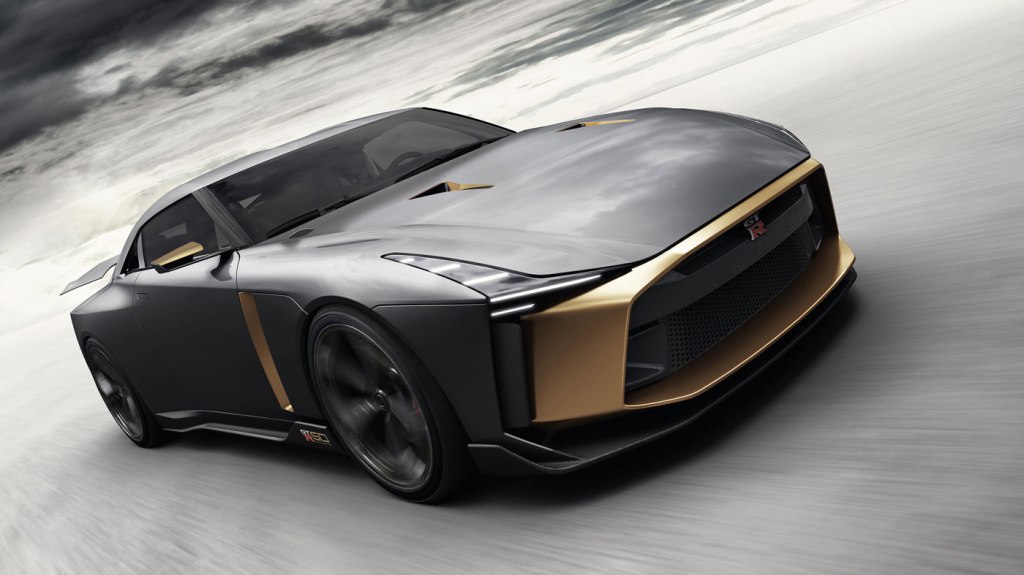 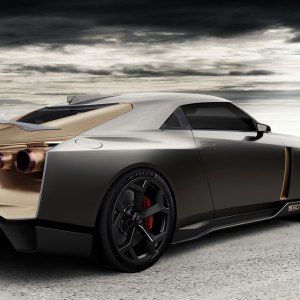 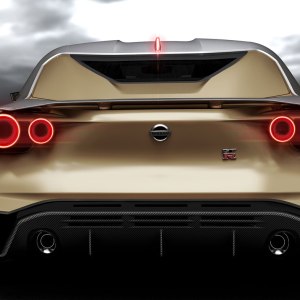 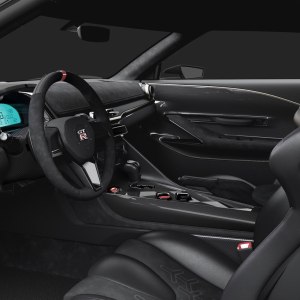 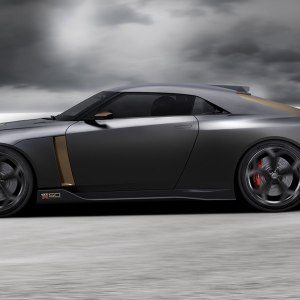 Fiftieth anniversaries are typically marked with a cake and candles. Yet when Nissan wanted to mark 50 years of its legendary GT-R flagship, it turned to Italian coach-building powerhouse Italdesign—also celebrating its own 50th this year—to create a 720 hp rolling sculpture it is calling the GT-R50.

This commemorative car is based on the most potent of GT-R models, the 600 hp, $175,000 NISMO Edition. To create the GT-R50, Nissan’s designers penned an entirely new body that’s longer, lower, and wider, yet still unmistakably a GT-R. It then invited Italdesign to build it.

Design highlights include a roof that has been lowered by two inches, a reimagined front section with a ‘floating’ nose element flanked by stacked LED light blades, and more dramatic trademark ‘Samurai’ vertical side intakes behind custom 21-inch wheels.

At the rear, there’s no missing the huge McLaren-like adjustable wing, racecar-style carbon-fiber diffuser, and retro jet-nozzle taillights. And in tribute to the half-century milestone, there are gold-painted elements throughout; pretty much the entire rear section is painted what Nissan dubs Energetic Sigma Gold.

With its lowered roof and 21-inch alloys, the GT-R50 has a dramatic profile.  Photo: Courtesy Italdesign.

What is interesting here is that after creating this headline-grabbing Italian concept, Nissan could quite easily have stopped there, leaving the stock GT-R mechanicals untouched. Instead it tasked its NISMO division to deliver supercar performance to match the concept’s supercar looks.

Does this finely crafted birthday prototype give clues as to the look of the next-generation GT-R, scheduled for 2020? Sadly, Nissan responds with an emphatic ‘no’, emphasizing that it is simply a show car designed to recognize two landmark anniversaries.

Pity, because a production version of this GT-R50 would be something really worth celebrating.