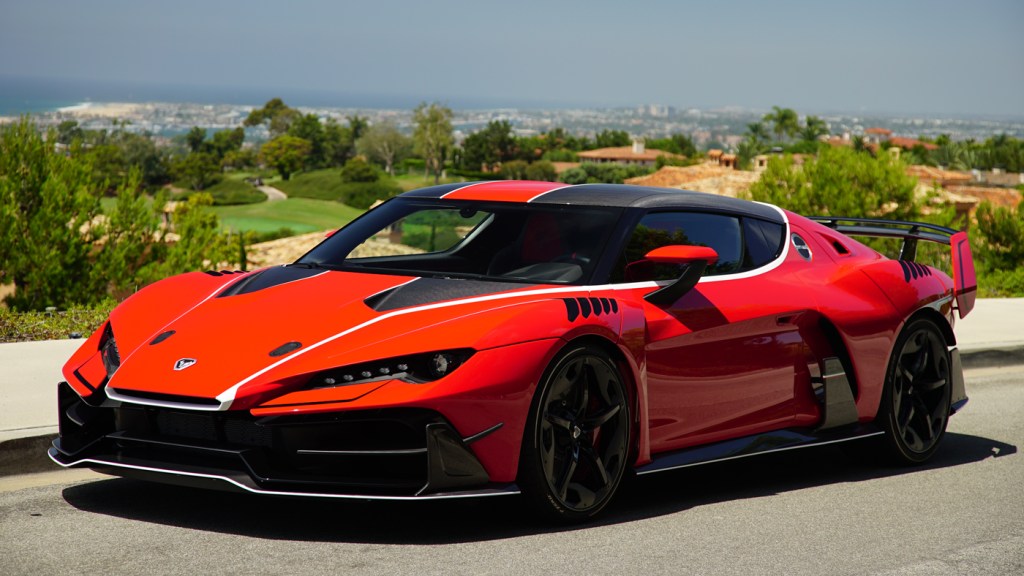 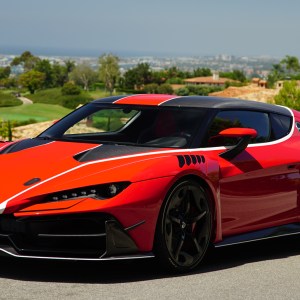 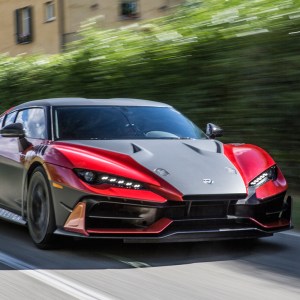 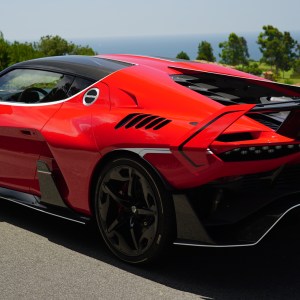 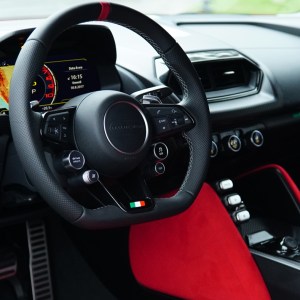 ‘It wasn’t an architect or a designer that invented objects, but an artisan.”

Although founder Giorgetto Giugiaro—named Car Designer of the Century in 1999—is no longer with the firm, Italdesign has not only kept its purpose-driven passion, but increased the intensity. Acclaimed for the automotive artistry it has produced for others in the industry, the Torino-based team has finally stepped in front of the creative curtain to reveal its own masterwork—the ZeroUno supercar.

“The only way to design a successful sports car is to use the form-follows-function approach,” says Filippo Perini, head of design for Italdesign and the man responsible for the look of the Lamborghini Aventador. “For the ZeroUno project, we communicated a design language that fits with our company’s DNA, and we employed a simultaneous engineering process.”

Badged under the nearly 50-year-old firm’s new brand, Italdesign Automobili Speciali, the arrow-like automobile was presented in full force to the United States market at the 2017 Pebble Beach Concours d’Elegance on August 20. It was soon clear from its premiere that the car would be a crowd-pleaser in California.

And it’s no surprise, as the four-wheel-drive coupe’s appearance is as compelling as its performance. Built from a chassis constructed of carbon fiber and aluminum, and covered in a completely carbon-fiber body, the car carries a 610 hp, 5.2-liter naturally aspirated V-10 engine (with 413 ft lbs of torque) mated with a paddle-shift-activated dual-clutch 7-speed gearbox.

The ZeroUno’s polygonal-shaped nose is complemented by the car’s aggressive aerodynamic accents at the back.  Photo by Renato Zacchia Photography.

The power train enables the ZeroUno to zip from stationary to 62 mph in 3.2 seconds and zoom up to 205 mph. The car’s efficiency in motion is enhanced by an air-slicing aesthetic. “The ZeroUno has more in common with Italian GTs of the 1960’s,” explains Perini. “It’s a mix of soft, clean surfaces for the main body and extremely functional aerodynamic elements.”

Those elements include the car’s six-sided polygonal-shaped nose, two side air intakes, a dual-winged rear spoiler, and an innovative air-flow construct dubbed Y-Duct. With the latter, air is funneled into the front of the vehicle and diverted out of two sculpted openings in the hood for increased downforce. In turn, speed is arrested by carbon-ceramic brakes (featuring 8 pistons in front and 6 at the back) that bring the custom Pirelli P Zero tires (riding on 20-inch aluminum rims from Oz) to a full stop in short order.

A birds-eye view of the vanguard vehicle.  Photo by Renato Zacchia Photography.

The minimalist approach to weight carries through to the comely interior with ubiquitous use of carbon fiber, as found on the dash, door panels, and central tunnel. Instrumentation and controls are located within the digital cockpit while three dashboard displays facilitate climate control.

Introduced at this year’s Geneva International Motor Show, the ZeroUno will comprise a production run of only five examples, each allowing for considerable customization. In addition, several optional amenities are offered including “Corsa,” a track-only component package.

Another accent available (at additional cost, of course) is a commemorative tourbillon timepiece by horologist Roger Dubuis—the Excalibur Spider Italdesign Edition. The hand-wound, skeletonized watch—made from carbon and ceramic—will be limited to eight examples.

The ZeroUno rolls with a starting price of $1.7 million. And seeing how well it fits in with the Golden State’s penchant for power and panache, one can only wonder if a sibling convertible is inevitable.