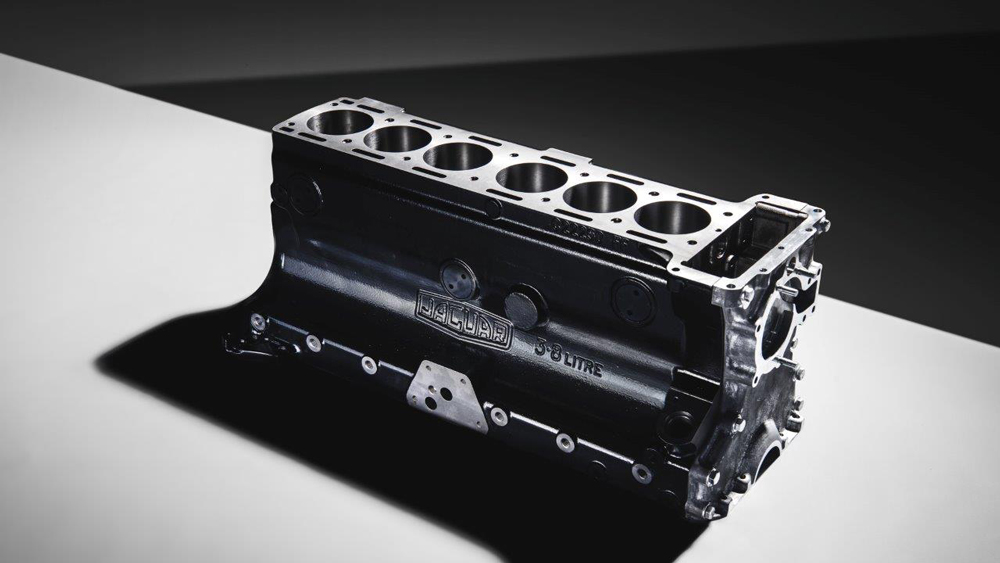 For approximately one out of every half-million people on planet Earth, Jaguar Classic has some potentially welcome news. With about 15,490 examples built between 1961 and 1964, and fewer still remaining, Jaguar’s E-Type Series 1—fitted with a 3.8-liter engine—remains the most popular of all Jaguar classics, as well as being a fabulous performer and a watershed design. Even mercurial old Enzo Ferrari remarked, when seeing it for the first time, that “Jaguar’s E-Type is the most beautiful car in the world.”

Under the long and unmistakable “bonnet” of the XK-E resides an engine as significant as the car itself, and what may be the most important inline-six ever made. Designed by Jag’s chief engineer William Haynes, it began in 1949 as a 3.4-liter, dual overhead camshaft (DOHC) and soldiered on in various displacements—from 2.4- to 4.2 liters—until 1992. Perhaps the most successful was the 3.8-liter, fitted not just to the first Series 1 E-Types, but to many Jaguar sedans and sports cars of the 1950s and 1960s. The 3.8-liter version saw considerable success on the track, and even road cars equipped with straight-port cylinder heads developed a very respectable 265 hp, while Jaguar race cars of the era were topping 300 hp.

Original 3.8 cast iron engine blocks—the heart and soul of these early machines—have been unavailable new for more than 50 years. Now, Jaguar Classic Parts is making them available once again. Manufactured to the same exact and authentic specifications as the originals, they are direct replacements for the 3.8-liter XK engines fitted to Jaguar XK150, XK150 S, Mk IX, Mk2, Mk X, Series 1 E-type, and S-type models.

Often, the inability to repair a damaged original engine block presents an insurmountable problem to owners aiming for originality and a concours-level restoration. While an engine from a donor car will certainly provide motive power, the all-important serial number that corresponds to the car’s original engine remains a vital concern. Recognizing this, Jaguar Classic will allow customers who furnish documentation confirming proof of vehicle ownership the opportunity to retain the serial number from their original engine block, which will be stamped on the new casting with an additional asterisk denoting the new block is a replacement item. Alternatively, the new block can be stamped with a new, unique serial number.

Each block comes with a minimum 12-month warranty and a certificate of authenticity.  Photo: Jaguar Land Rover Automotive PLC.

Fully tested and approved by Jaguar Classic engineers, new 3.8-liter Jaguar XK engine blocks are priced at approximately $17,914 and come with a minimum 12 months Jaguar parts and accessories warranty as well a certificate of authenticity. No doubt, owners of less common classic marques, especially those with an additional six cylinders configured in the shape of a V, are turning British Racing Green with envy.