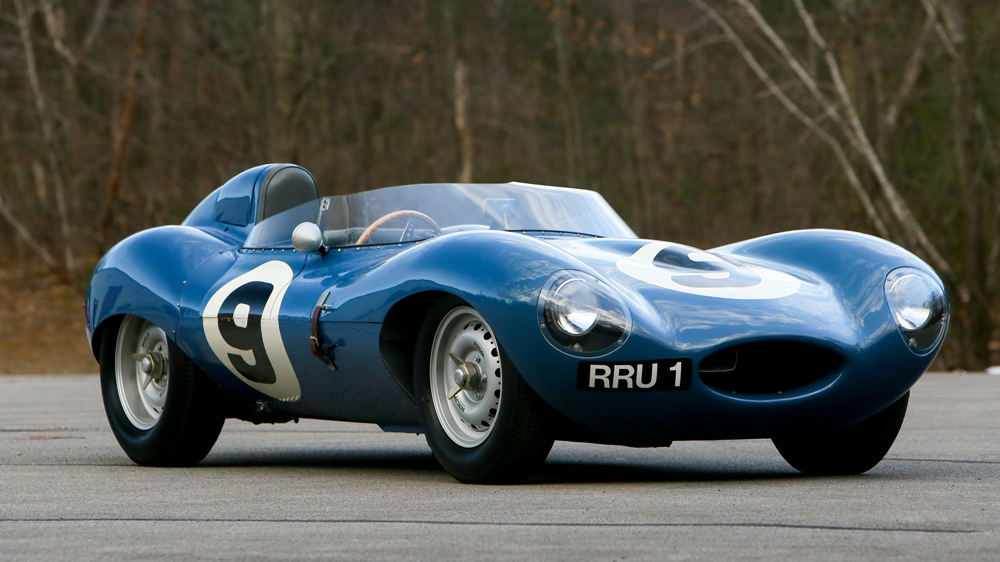 Although ubiquitous and utilitarian, the automobile often transcends its functionality with models that are nothing short of mobile masterpieces inspiring a reverence usually reserved for the timeless works housed in the Louvre. Celebrating the cultural relevance of such examples, and the fine-art automobilia associated with them, is what drives Morton Street Partners (MSP) in New York City, as evidenced by the four cars displayed in its 3,000-square-foot gallery space through September 28.

Founding partner Jake Auerbach tells Robb Report, “Cars have traditionally been siloed from the gallery environment or fine art worlds, but we see that changing quickly. We created MSP with a mission of bringing automobiles to part of a broader conversation about collecting, design, and art.”

Auerbach is part of a dream team from the collector-car arena, a power trio that includes Tom Hale and Benjamin Tarlow, both automotive historians while Auerbach was former car expert for Sotheby’s and previously the head of Collector Car Acquisitions for Rally. And the vehicles being presented, a teaser to the upcoming Broad Arrow Auctions event next month, are right in their wheelhouse.

The earliest classic showcased is a 1937 Horch 853 Cabriolet, an eight-cylinder convertible from the automaker established by August Horch, the man also responsible for Audi. His eponymous Horch brand became one of the four manufacturers that eventually joined forces to form Germany’s overarching Auto Union marque in 1932. This example, with matching-numbers engine and chassis, is one of less than 50 still in existence. All the components have been carefully maintained and rebuilt as necessary, with the body’s patina and legacy of wear preserved. And though offered without reserve, it’s estimated to fetch as much as $500,000.

Next in the timeline is an example of the Le Mans–winning Jaguar D-Type, this one from 1955. A model created for motorsport, the D-Type won at France’s renowned endurance race three years straight, from 1955 through 1957. This particular car, although having competed briefly at Goodwood and Silverstone, was mostly reserved for the road and is in remarkable condition. One of roughly 60 examples of the D-Type produced back in the day, chassis No. XKD 515 retains its original engine and has only 21,584 miles on it, which adds to its already rarified value—a figure available upon request.

As iconic as the Jaguar D-type, the Mercedes-Benz 300 SL Roadster and its “Gullwing” coupe counterpart are widely considered among the most beautiful models ever made, which also makes them among the most coveted. Reflective of this is the fact that seven-figure prices have become de rigueur for both. The 300 SL Roadster being previewed is from 1961 and still has the luggage set it left the factory with, as well as what’s believed to be the same leather on the doors and paint on the dash. And despite being valued as high as $1.4 million, the quintessential convertible is being offered without reserve.

The 21st century finds representation in the most recent car of the four featured, a 2006 Ferrari 599 GTB Fiorano “Panamerican 20,000.” The Prancing Horse on the Morton Street Partners floor is a variant of the 612 hp Ferrari 599 GTB Fiorano model, the most powerful series production car that the marque had made up to that point. The “Panamerican 20,000” appellation derives from the tour that Ferrari organized to publicize the benchmark, a 20,000-mile road trip from Brazil to New York City with members of the media taking turns piloting the two cars developed for the journey. While one was later kept by Ferrari, this beauty, with its Blu Tour de France color scheme, was acquired by collector Jim Taylor, a provenance it shares with the other three vehicles on temporary exhibit.

An invite-only reception on September 22, from 6 p.m. to 8 p.m. ET, precedes the public showing that opens the following day. The Broad Arrow Auctions sale, titled Passion for the Drive: The Cars of Jim Taylor, will take place in Gloversville, N.Y., on October 14 and 15.