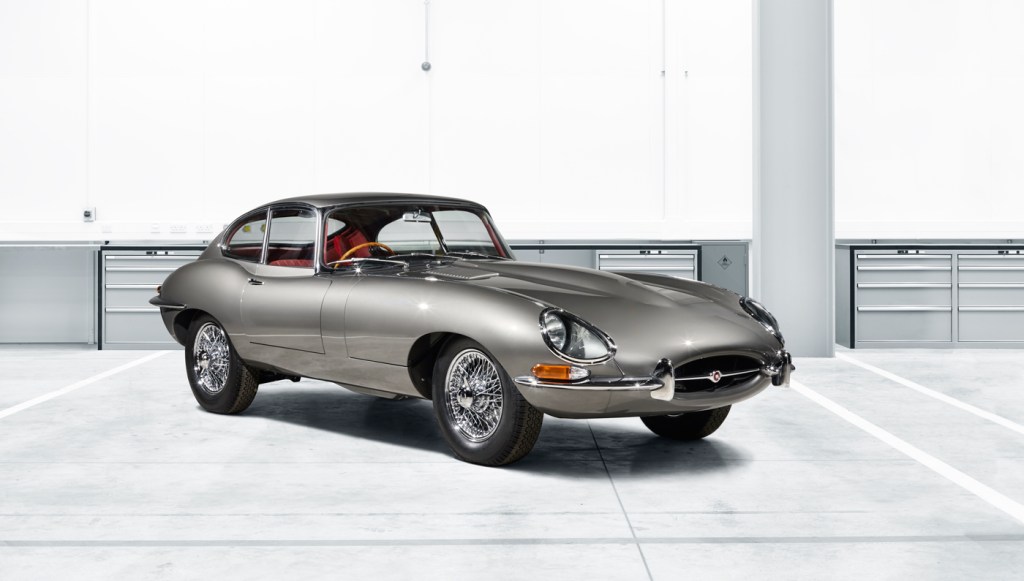 A bygone beauty is back as Jaguar Land Rover Classic recently announced its Jaguar E-Type Reborn—a new take on a timeless tourer. The limited-edition lineup will be built from original Series 1 E-Type examples curated by Jaguar Classic, an extension of the marque’s Special Operations division.

Introduced in 1961 and produced through 1968, the Series 1 E-Type took the automotive world by storm with its stunning design and distinctive power and performance. The model, inspired by the D-Type racecars that dominated Le Mans in the mid-1950s, left the competition behind with its ability to accelerate from zero to 60 mph in 6.4 seconds and reach a top speed of 150 mph. Giving the sleek cat its claws was a 268 hp, 6-cylinder engine paired with a 4-speed manual transmission. Not surprisingly, its list of owners included car connoisseurs such as Steve McQueen, Jackie Stewart, and Frank Sinatra.

The mod automobiles to be released are painstakingly pieced together with mostly period parts (unless safety requires new versions). Upgrade options include an enhanced cooling system, an all-synchromesh transmission, and brakes from later variants.

The first of Jaguar’s official E-Type restorations is a 1965 Series 1 Fixed Head Coupe 4.2 that arrived in California during the same year and logged a total of 78,000 miles before being garaged in 1983. Maintaining the same coinciding numbers for its 4.2-liter engine, gearbox, and body, the car has been returned to factory specifications by experts using archived records and drawings (kept by Jaguar Heritage Trust) in order to accurately reconstruct it with Jaguar Classic components.

The revived vehicle will make its premiere at the Techno Classica Essen event to be held in Essen, Germany, from April 5 through 9. Currently, only 10 examples of the Jaguar E-Type Reborn are planned, each with a starting price of approximately $356,000. (jaguar.com)