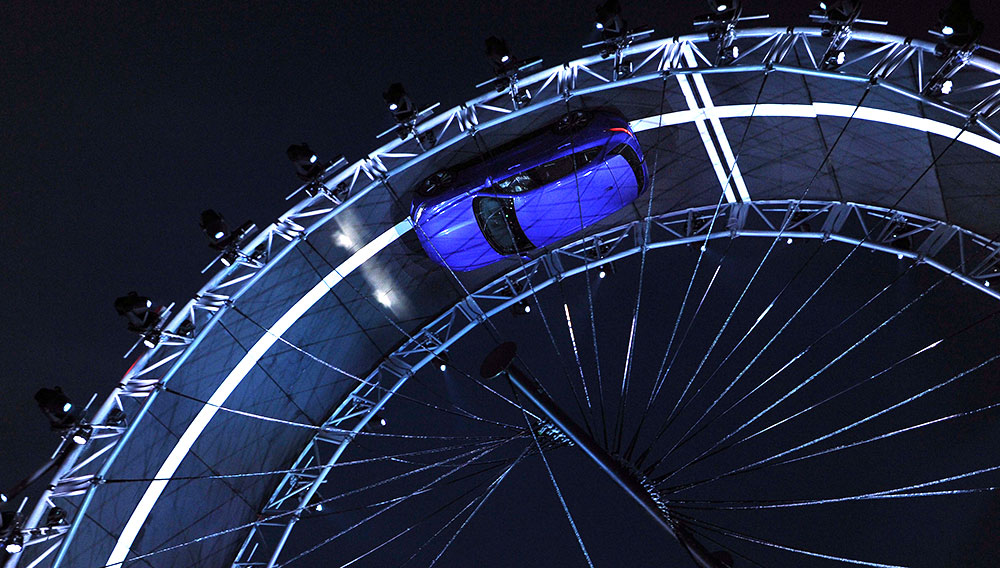 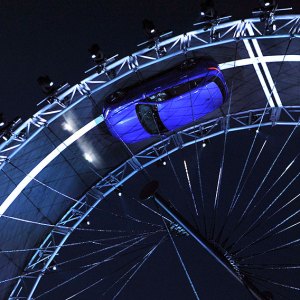 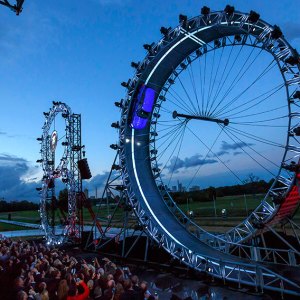 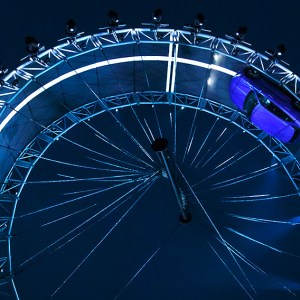 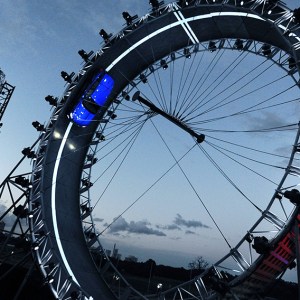 A day before debuting the Jaguar F-Pace SUV at the Frankfurt motor show, Jaguar drove the vehicle—its first SUV—through a 63-foot-tall, 360-degree loop in a gravity-defying performance that is as terrifying to watch as it is exciting. The British professional stunt driver Terry Grant trained for 2 months in order to sustain the intense 6.5 gs (an astronaut feels only 3 gs during shuttle launch) delivered during the trick, which lasted only seconds. Though a high-profile publicity stunt, the event reinforces the fact that the F-Pace was inspired by the Jaguar F-Type sports car and is not intended to be the average family vehicle.