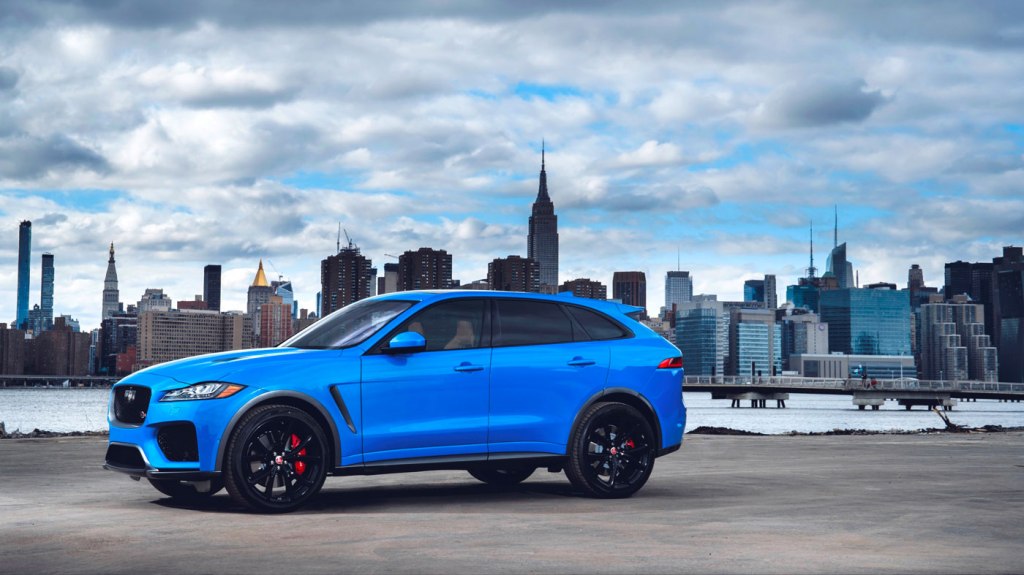 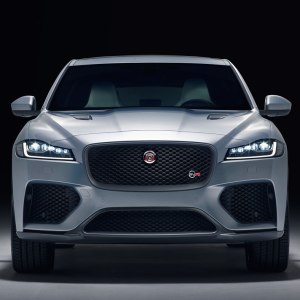 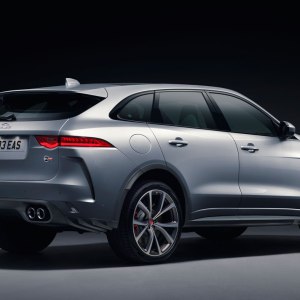 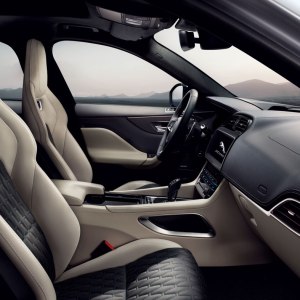 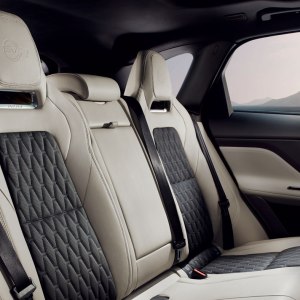 With the word “utility” a key part of its acronym, the standard SUV suffers from a fair amount of visual anonymity, usually eliciting levels of excitement on par with watching toddlers play team sports. But Jaguar has given that generalization the boot with its new F-Pace SVR—a vehicle that will tempt soccer parents to play on the track while the kids are at practice.

The latest release from the British marque’s Special Vehicle Operations division, the SVR-badged beast is being billed as the most powerful and fastest F-Pace—a model introduced in 2015—ever produced. Its predacious power train comprises a 550 hp, 5-liter supercharged V-8 (generating 502 ft lbs of torque)—a 44-percent increase over the non-SVR version. The engine is mated to Jaguar’s 8-speed, automatic Quickshift transmission, a pairing that helps propel the souped-up SUV from zero to 60 mph in 4.1 seconds (close to that of an actual Jaguar) as it tears to a top speed of 176 mph (the namesake cat can only cruise to about 50 mph but, then again, it’s a cat).

As with its feline counterpart, the F-Pace SVR features a body design developed to maximize efficiency in motion and diminish drag. The vehicle has been enhanced with an SVR aerodynamic package that presents a rear spoiler, lowered flanks, new front and rear bumpers, and bigger air intakes.

Agility and balance have been bolstered by the SVR-tuned chassis, with shocks that have had spring rates ramped up by 30 percent in the front and 10 percent at the back. The 550 horses are tamed by handling and performance technology that includes rear Electronic Active Differential (a first for the F-Pace) and all-wheel drive with Intelligent Driveline Dynamics. The combination allows for on-demand distribution of torque and predictive traction control to ensure optimal rubber-on-road response. In addition, Adaptive Dynamics fine-tunes suspension based on conditions and observed driver behavior.

The F-Pace SVR is given a greater athletic stance due to 21-inch alloy wheels (22-inch alloys are optional), which are stopped by bigger brakes than before (15.5-inch front discs and 15.6-inch at rear).

The interior is functional and refined with 33.5 cubic inches of cargo space (without seats being lowered), Jaguar’s lozenge-quilted seats, a Touch Pro 10-inch infotainment screen, a 12.3-inch driver display, and 4G Wi-Fi connectivity.

The F-Pace SVR will be available this summer at a starting price of $79,990.