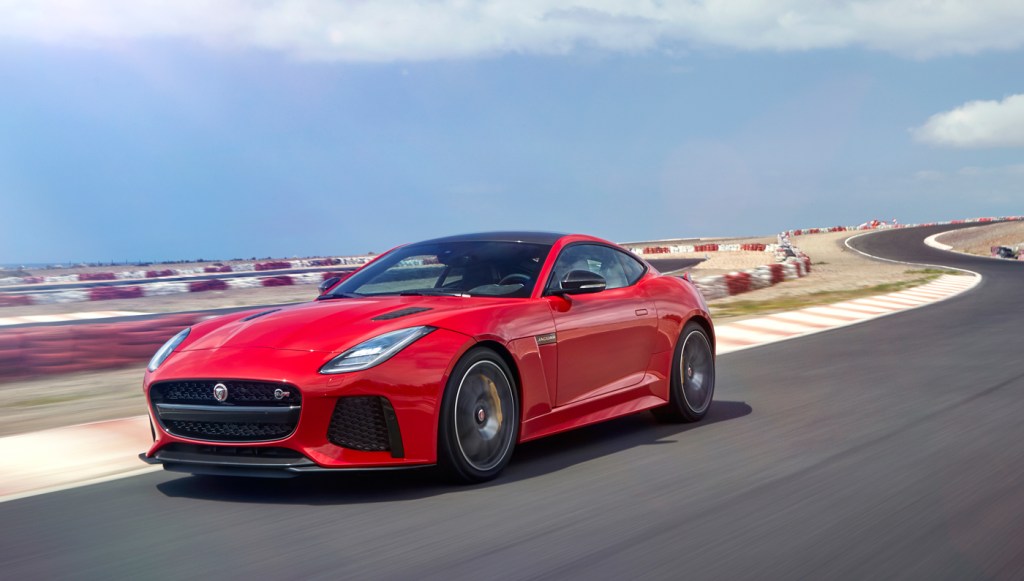 Jaguar recently debuted its expanded F-Type lineup for 2018 at the New York International Auto Show. The 24 variants—including an all-new turbocharged, 4-cylinder entry version and an exclusive 400 Sport special edition—are intended to appeal to an even broader range of buyers. In addition to the new models, changes to the series include enhanced tech features and a revamped front end with full-LED headlights.

To establish a clearer visual distinction between all of the F-Types out there, Jaguar designers created four model-specific front bumpers and air intakes. The latter contain larger openings than the previous double “shark gill” ones and feature a lozenge mesh design.

For buyers in search of the best performance, the new 400 Sport special edition, R-Dynamic trim level, and supercharged V-8 SVR are top-of-the-line selections. The 575 hp F-Type SVR has a zero to 60 mph time of a mere 3.5 seconds, while cars with the supercharged, 380 hp R-Dynamic trim level can hit 60 mph in just over 5 seconds. And the 400 Sport—exclusively available for the 2018 model year only—can reach the same speed in less than 5 seconds. Distinguishing itself from the rest of the pack, the 400 Sport also features yellow and satin-gray badging on the rear and front splitter, along with plenty of badging on inside surfaces.

With the interior, one accented by chrome and aluminum trim, the F-Type shaves more than 17 pounds with lightweight slimline seats that come in Sport and Performance options. As far as further upgrades, Jaguar’s tablet-like InControl Touch Pro infotainment system is now standard and includes functional fare like real-time traffic and weather reports as well as handy features like Fuel Finder, which allows the driver to enter a destination and then reports on whether there is enough fuel in the tank to get there. The F-Type also offers a suite of driver assistance elements, like an emergency braking system and a semi-automated park-assist function.

For true driving enthusiasts, the F-Type now comes with a ReRun app developed in conjunction with GoPro that combines real-time driving video with key performance data, such as speed, gear selection, and g-force. Highlights can be downloaded to a smartphone and shared via social media.

Another app developed exclusively for Jaguar’s InControl Touch Pro system is a unique version of Spotify that recognizes users’ listening habits and preferences, then creates a “Just for You” playlist full of recommended songs that can be enjoyed through the vehicle’s Meridian sound system.