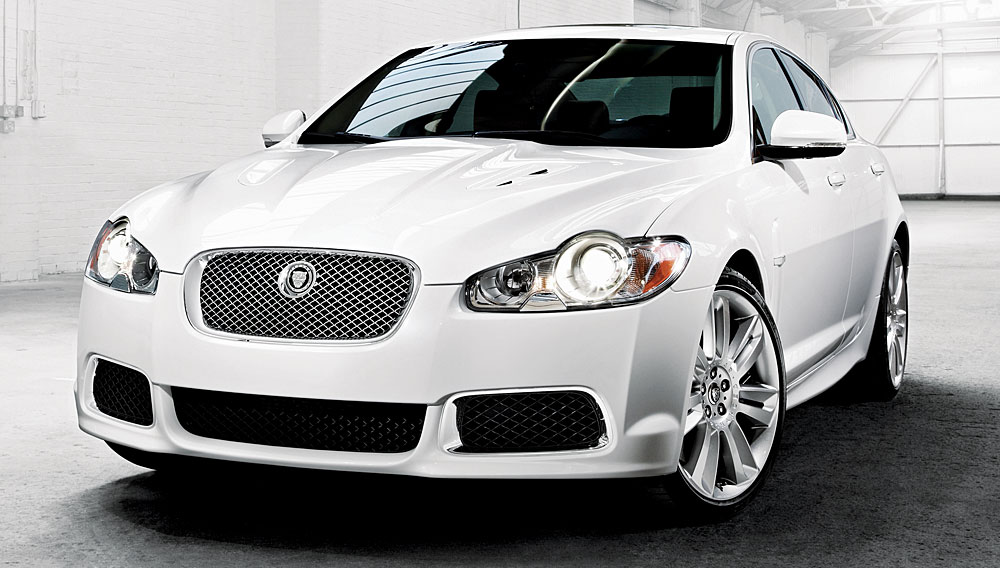 A supercharged version of the well-accepted Jaguar XF was the candy-apple-red sweetheart of Robb Report’s long-term test fleet for more than a year and over 20,000 miles. Its mechanicals, however, were somewhat on the puny side and definitely from a previous generation. Happily, this deficiency is remedied in the 2010 Jaguar XFR (www.jaguar.com), which marries a new V-8 engine to that supercharger, creating a powerplant that is almost one liter larger and more than 100 hp hotter.

All of the contemporary, handsome lines that designer Ian Callum drew for the XF to distinguish this smaller Jaguar from the depressing and mongrelized X- and S-Types of yesteryear remain a primary attraction of the XFR. Other appointments in the XF—such as an aluminum hockey-puck-shaped knob that rises to become a gear selector, push-button starting, and AC vents that revolve open upon ignition—are present in the newer model as well.

But it is the $80,000 XFR’s radical rush of power that truly impresses. The car’s highly competitive level of performance further distances Jaguar from its dog days of unreliability, parts-bin mechanicals, and stagnant styling. Pardon our fickle ways, but with acceleration, response, build quality, and finely tuned handling to equal BMW’s M5, Audi’s RS6, and Mercedes’ E63 AMG, the XFR has become Robb Report’s new sweetheart.