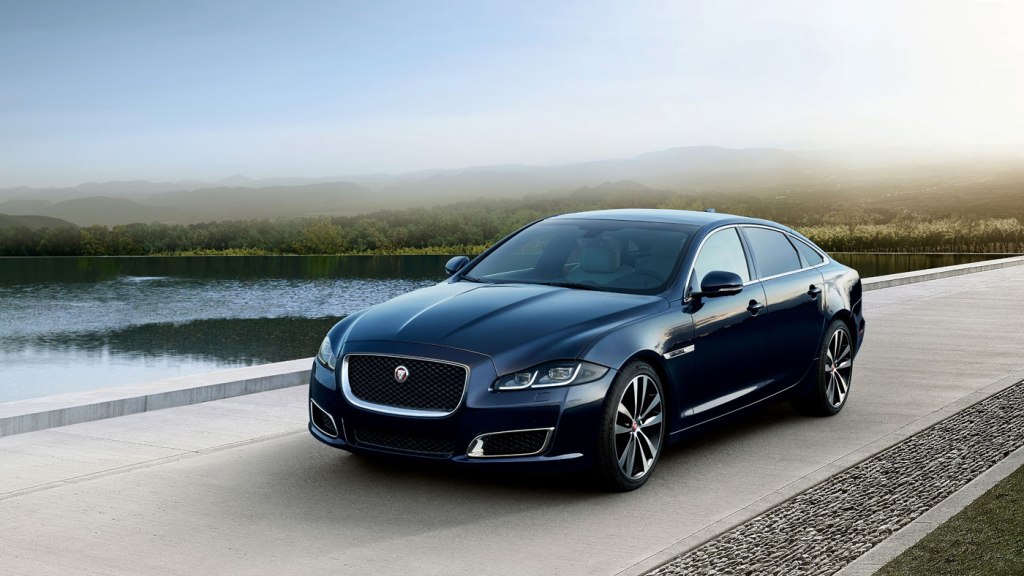 At the Paris Motor Show in 1968, Jaguar unveiled the XJ, an experimental sedan that the brand’s co-founder Sir William Lyons described as a saloon that handled like an E-Type. Fifty years later, at the Beijing Motor Show, the British automaker debuted the Jaguar XJ50, a limited-edition variant of its flagship sedan that commemorates the XJ’s golden anniversary and pays tribute to the model’s automotive advancements over the past five decades.

Four years after its debut, the original XJ had risen to unparalleled heights. At that time, it was the world’s only mass production, 12-cylinder, four-door sedan. Capable of reaching 140 mph, the XJ was also the fastest four-door of its era. As a tip of the cap to that accomplishment, the new XJ variant can be outfitted with either a 340 hp, three-liter V-6 (and the choice of either rear-wheel or all-wheel drive) or a 470 hp, 5-liter V-8 option (available only in rear-wheel drive). Appropriately, both engines are supercharged.

Aesthetically, the XJ50 boasts a handful of understated features that reveal its exclusive status. A glossy black grille with standout badges characterize the front, while 20-inch diamond-turned wheels enhance the sedan’s profile. Inside, the special edition is equipped with soft-grain, diamond-quilted seats (the headrests are embossed with the brand’s iconic leaping-jungle-cat logo); while the center armrest is branded with a commemorative XJ50 logo. Identical illuminated badges liven up the treadplates, while aluminum gearshift paddles and bright metal pedals further distinguish this anniversary model from standard XJ sedans.

Like previous XJ generations, the XJ50 is enhanced by a virtual instrument cluster and features a wraparound rear windshield and unmistakable, cat claw–inspired rear lights—two distinctive design cues born from the imagination of Ian Callum, the brand’s design director.

The XJ50 will be available only this year to coincide with the model’s anniversary year. Examples equipped with the V6 engine start at $87,500, while the V8 variant costs $99,300.