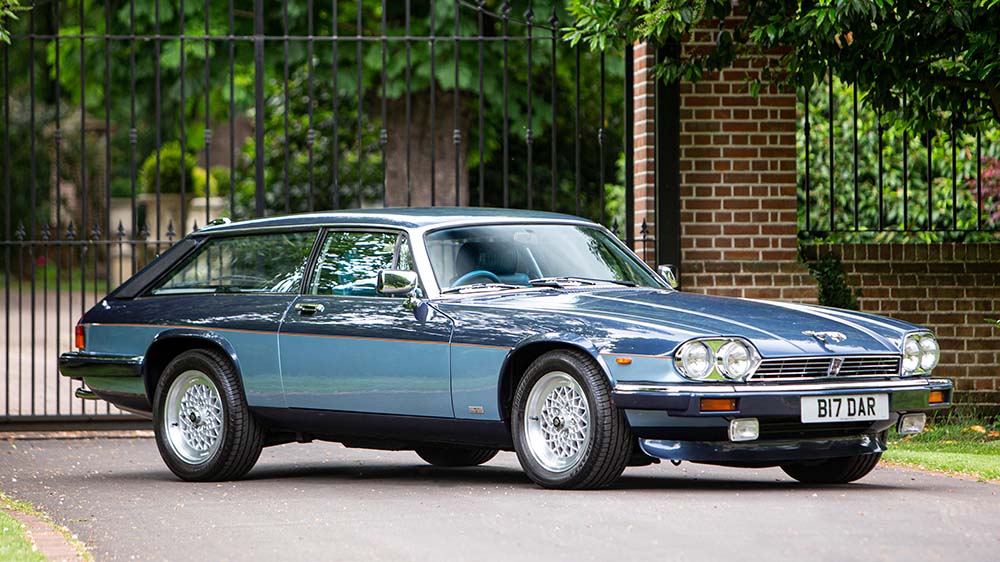 There are plenty of special Jaguars from across the brand’s 86-year history, but only one was born of a collaboration with a Gucci family member. And now that vehicle could be yours.

A 1987 XJ-S V12 HE Lynx Eventer by Paolo Gucci will be auctioned off by Bonhams later this week as part of its Goodwood Festival of Speed Sale. The sporty shooting brake was originally intended to the first of a limited-run of vehicles, but because of legal dispute ended up being the only example to ever see the light of day.

If you’ve seen last year’s House of Gucci you already know that the 1980s was a hectic period for Paolo, who’s portrayed by a typically over-the-top Jared Leto in the film. The fashion designer spent much of the decade locked in a brutal legal battle with his father, Aldo, which culminated in Paolo having the elder Gucci removed from the family company in the middle of the decade and then tipping off the IRS that he’d also been evading taxes. A couple years later, Paolo—who’s credited with coming up with Gucci’s double-G logo—decided he wanted to style a limited-edition vehicle that would come with a matching set of the house’s luggage.

Paolo would eventually land on Jaguar’s XJ-S grand tourer, a vehicle as synonymous with luxury and it was with performance during the 21 years it was in production (1975-1996). He didn’t want to work with just any XJ-S, though. Paolo specifically had his eye on the Eventer, a special shooting brake version of the car designed by British coachbuilder Lynx. The example that Paolo styled features a special two-tone paint job, with dark blue and light blue down split up by an orange pinstripe. Inside was a blue lacquered burr elm woodwork, hand dyed Italian calfskin upholstery, modified instrument dials, a leather steering wheel inlaid semi-precious lapis lazuli stones and an Alcantara suede headliner.

Unfortunately, the car would never go into production despite begin displayed at the 1990 Geneva Motor Show. A limited run of 20 units had to be scrapped because of legal issues. Paolo had left Gucci at that point and its lawyers successfully claimed he had no right to use its name to endorse the vehicle, according to the auction house. Because of this the project was cancelled after just one rolled off the line. The car would eventually end up in the hands of Jaguar enthusiast Ian Berg in 2015, who has had the car completely stripped and restored in the years since.

Inside the XJ-S Lynx Eventer by Paolo Gucci  Bonhams

The one-of-a-kind Gucci-branded XJ-S shooting brake is set to go up for auction this coming Friday. Bonhams expects it to sell for between $86,000 and $123,000. That could even turn out to be a bargain considering how rare the vehicle is—even if it isn’t official.

Check out more of the XJ-S Lynx Eventer by Paolo Gucci below: