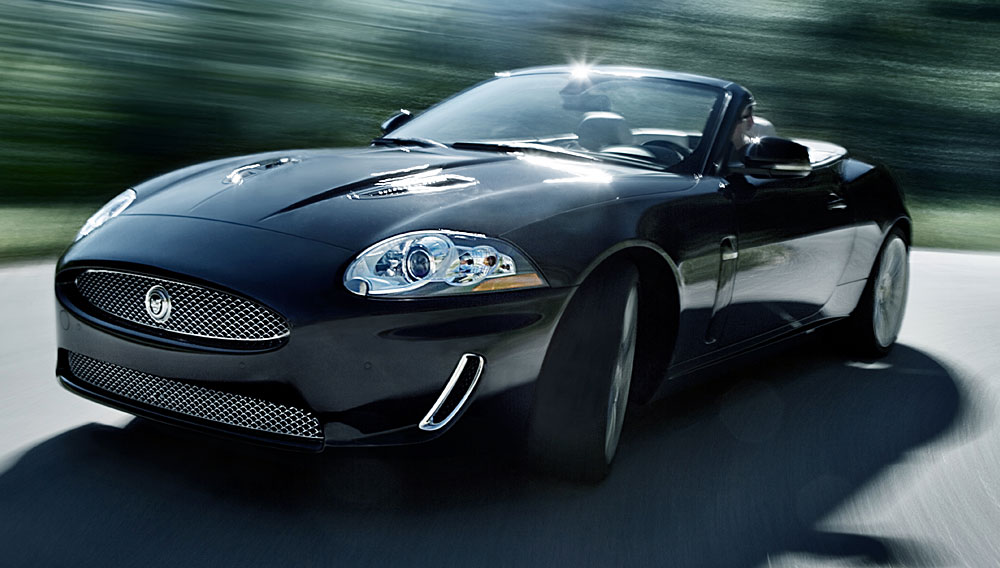 There are very few cars on the road today more handsome than the Jaguar XKR Convertible. Working from the 2009 model, designer Ian Callum added a deeper chin to the front, fender scoops to the jowls, and a functional spoiler plus four exhaust pipes to the rear. And should you choose to reveal yourself as the style-savvy owner of this sleek Jaguar, the retractable ragtop drops in less than 20 seconds—which is fast enough for your average stoplight. Those familiar with the previous generation will notice the subtle—but smart—improvements to the car’s interior. The XKR borrowed many traits from the British automaker’s XF model, such as knob-style gear selector, center-console-mounted starter button (which pulsates red like a beating heart), new suspension settings, and a traction-control function called Trac mode for a more spirited driving experience.

Pros: With 510 hp, the new XKR is a serious competitor.

Cons: Still lacks the thick leather upholstery of an Aston Martin or Mercedes-Benz.