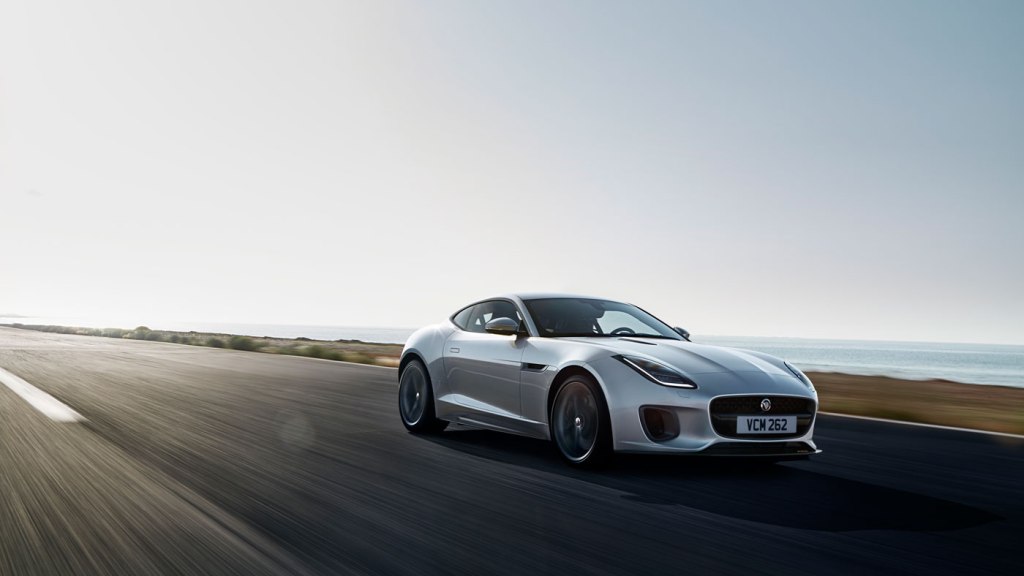 With a few model years under its belt, Jaguar’s F-Type has established itself as a solid contender for buyers in the market for a high-end personal sports GT. With drop-dead-gorgeous styling and seating strictly for two, the F-Type could, in my opinion, be likened to a British Corvette—a no-nonsense, high-value-for-fair-dollar machine that looks and performs on par with much pricier Euro exotics.

For example, the 200 mph F-Type SVR is a vicious performer, powered by a 575 hp V-8. It tops the lineup and, starting at a tick under $122,000, is a serious piece of work. But as Popeye occasionally muttered, “Enough is enough, and enough is too much.” Which is why Jaguar’s new F-Type 400 Sport may be just the ticket for those who want a delightfully balanced GT that doesn’t overwhelm its driver with too much of a good thing.

Lightweight aluminum construction for the body and chassis is Jaguar’s byword these days. Underpinned by a double-wishbone suspension and powered by a selection of 4-, 6-, and 8-cylinder engines, the British carmaker believes there is more than one way to (inevitable feline reference) skin the cat.

I noticed this back in 2013 during the launch of the first V-6 and V-8 F-Type models. There, in the north of Spain, the V-8-powered car was a brilliant performer on the open highway, but on challenging serpentine roads that really test the mettle of a sports car, the V-6-powered car was a more willing partner and became my F-Type of choice. (Its central-exit twin-trumpet exhausts were a delightful reminder of the original twin-outlet E-Type.) With its lighter engine and even better balance, the V-6 proved to be more nimble and fun than its more powerful sibling. The same largely holds true for today’s 400 Sport.

Still, the new 400 Sport is hardly a wallflower, with a 4.8-second time from standstill to 60 mph and a top speed of 171 mph. Its 3-liter supercharged V-6 engine, an uprated version of the 380 hp unit found in the F-Type R Dynamic, makes 400 hp. It delivers 339 ft lbs of torque—between 3,500 and 5,500 rpm—via an 8-speed automatic transmission with paddle shifts. Rear-wheel- or all-wheel-drive configurations are available, with a base MSRP of $89,500 and $92,000, respectively. Our test car was wisely outfitted with all-wheel drive, which tames the feral, tail-happy rear-wheel-drive F-Type and turns it into a much more approachable domestic cat.

Offered in an exclusive palette of white, silver, and black shades, the 400 Sport is visually distinguished by a Sport Design Package with dark satin trim complemented by gloss black accents and dark-satin-gray, 20-inch, five-spoke alloy wheels. The model’s yellow 400 Sport script embellishes black brake calipers, a front splitter, and a rear deck. Carbon-ceramic brakes with yellow calipers and 20-inch split-spoke black metallic wheels are a $12,240 option that make a particularly emphatic impression. Inside, Sport seats with 400 Sport embroidery on the headrests and contrast stitching will remind owners that they’re driving something very special.