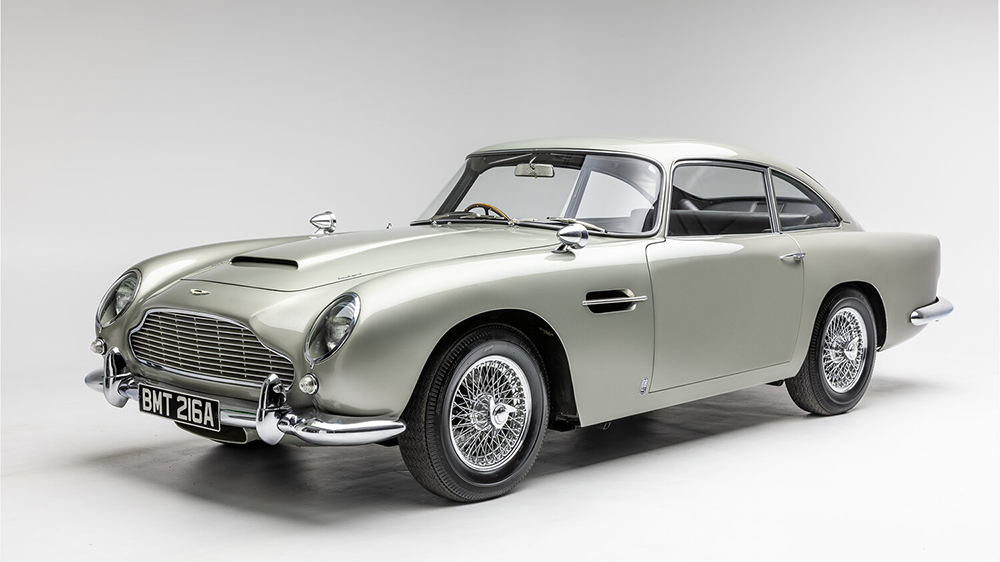 As has been proven time and time again, James Bond knows his cars, but a new exhibition makes clear that he also knows his motorcycles, boats and aircraft.

The Petersen Automotive Museum in Los Angeles will open “Bond in Motion” later this month—just in time for the release of Agent 007’s 25th movie, No Time to Die. The new show will feature over 30 vehicles from the movie franchise and represents the largest collection of Bond vehicles ever displayed in the US at the same time.

The exhibition, which was previously hosted by the London Film Museum, is a collaboration between EON Productions and the Ian Fleming Foundation and was curated to shine a light on the many incredible cars, motorcycles, boats, submarines, helicopters and planes Bond has piloted on the silver screen since 1962’s Dr. No. Along with the spy’s most famous vehicle, the 1964 Aston Martin DB5, highlights include a 1977 Lotus Esprit S1 Submarine from The Spy Who Loved Me (1977), a 1985 Aston Martin V8 from The Living Daylights (1987) and a 1999 Heron XC-70 Parachute Parahawk from The World Is Not Enough (1999). DHL, which is sponsoring “Bond in Motion,” brought eight vehicles over from the UK specifically for the show.

“James Bond is an international pop culture icon and the vehicles he drives are an integral part of his character,” Terry L. Karges, the museum’s executive director, told Forbes earlier this month. “The Petersen is excited to showcase so many of the series’ most well-known vehicles. We are sure that there will be something to satisfy every generation of Bond fan.”

“Bond in Motion” will be located in the Petersen’s Mullin Family Grand Salon and runs from Sept. 25 to Oct. 30, 2022. Pre-purchased tickets are required and run $16 for adults, $14 for seniors and $11 for children 17 and below. There will also be a special opening event held on Sept. 23, which includes early access to the exhibition, a curator’s talk and complimentary food and drinks. General tickets cost $60, while VIP tickets, which include access to a secret agent lounge, cost $199.

If you can’t make it to the Petersen, don’t worry. A whole lot of Bond vehicles, including the DB5, will be on display in No Time to Die when it premieres on Oct. 8.

Check out more cars from “Bond in Motion”: