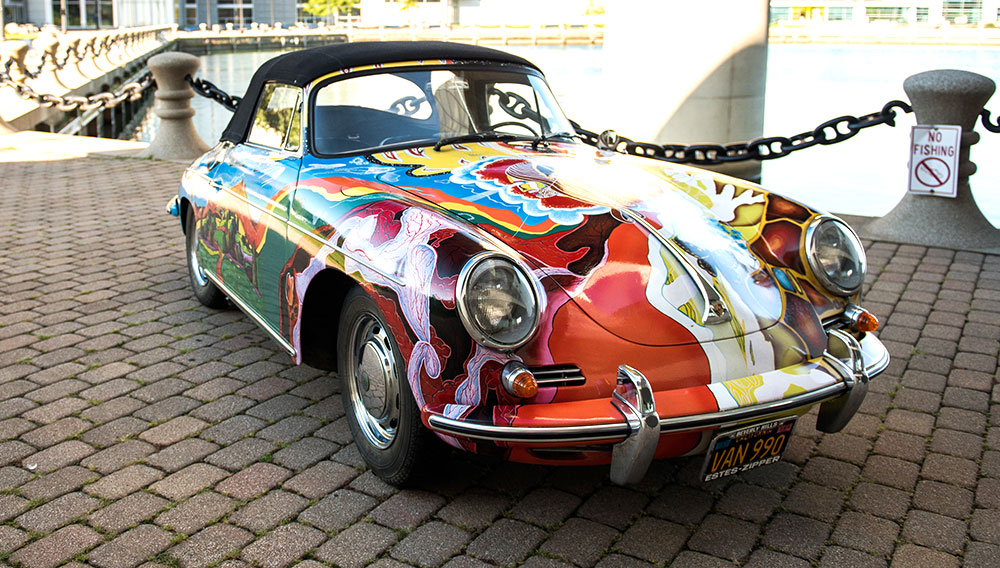 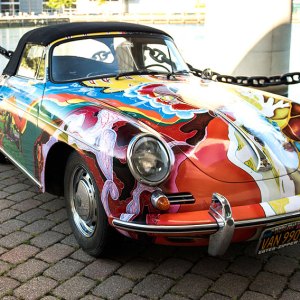 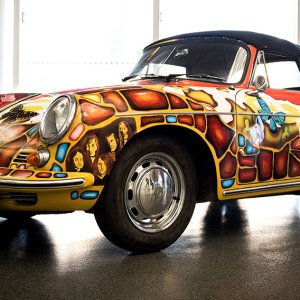 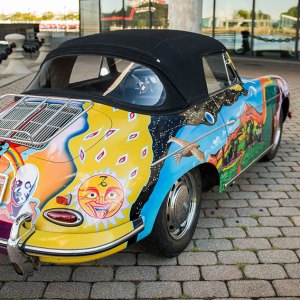 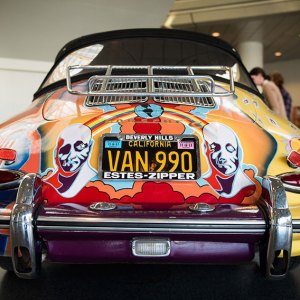 On December 10, a colossal and colorful relic of rock-and-roll history will become available as Janis Joplin’s 1964 Porsche 356 C 1600 SC Cabriolet by Reutter will headline RM Sotheby’s Driven by Disruption auction in New York City. Purchased by the raspy-voiced rock legend in 1968, Joplin’s beloved car came with its original pearl-white paint, but she quickly customized it to match her more psychedelic sensibilities. She commissioned friend Dave Richards (who was also the road manager for her band, Big Brother and the Holding Company) to create the now famous and mesmerizing mural he titled, The History of the Universe, across the car’s body. Along with a portrait of Joplin and the band, the work includes rainbows, butterflies, jellyfish, outlandish landscapes, and almost every color in the spectrum.

Joplin and the car were seen ubiquitously throughout San Francisco and along Sunset Boulevard in Los Angeles, where she would put the Porsche’s 95 hp, flat-4 engine through its paces. With a top speed of 110 mph, those who braved the passenger seat were in for a memorable ride. On October 4, 1970, the Porsche was in the parking lot of Hollywood’s Landmark Motor Hotel when Joplin was found dead in her room from a heroin overdose. In the years that followed, the car remained with family and was used by relatives and friends, including her former manager Albert Grossman. Since 1995, the Porsche has been on display at the Rock and Roll Hall of Fame in Cleveland.

One of 30 distinctive cars selected for RM Sotheby’s Driven by Disruption auction, Joplin’s Porsche 356 C Cabriolet (chassis No. 160371 and engine No. 811908) is expected to fetch over $400,000—a more than reasonable price to take what was undoubtedly a little piece of her heart. Bids will be accepted in person, by phone, or online. (rmsothebys.com)