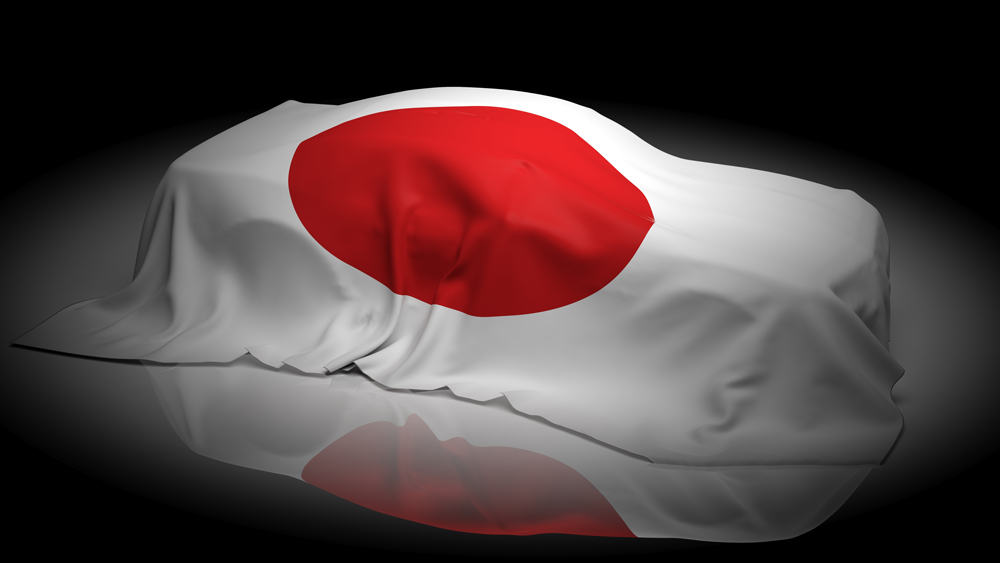 The Toyota Supra has earned a sterling reputation among motoring enthusiasts thanks to its stout six-cylinder engine capable of putting down impressive power. Now it’s gaining a reputation among automotive speculators for being an investment-grade car, as it’s fetching large figures at the auction block. At this weekend’s Amelia Island auctions, RM Sotheby’s shocked the car community with a record sale: a Toyota Supra MKIV crossed the block at $173,600 (including the buyer’s premium). The car was originally estimated for a sale of $100,000 to $120,000. While such a sum for a Japanese sports car certainly came as surprise to many, a benchmark had been set at the beginning of this year that may have allowed Supras to exponentially rise in value.

This past January, a 1994 Toyota Supra—with 7,100 miles on the odometer—garnered $121,000 on Bring a Trailer, a popular automotive auction site. According to Bring a Trailer co-founder and CEO Randy Nonnenberg, the trend of iconic classic cars from Japan creeping up in value has been going on for some time now, but has finally reached a fever pitch of enthusiasm.

According to Nonnenberg, the cars seeing the most enthusiasm from the community tend to have been the underdogs of their day. A 1991 Honda Prelude recently sold for $30,251 on the auction site, but the sticker price of the car was a modest $18,750 when it was brand new. Another popular sports car in the Honda family, a 1998 Integra Type R, sold for $44,500 last year; brand new, the car cost roughly $23,500. Until the release of the S2000, Honda was largely associated with their prowess for engineering econoboxes, not sports cars.

Nonnenberg attributes the recent interest in Japanese sports cars to a demographic of enthusiasts that grew up with the vehicles as icons in much the same way that enthusiasts, now in their 60s and 70s, grew up with muscle cars as icons, like the Shelby GT350 or the Plymouth Barracuda Hemi Cuda. The demographic interested in buying Japanese performance cars from the ‘80s and ‘90s tend to be in their 30s or 40s and understand that these cars aren’t just investments—they’re incredibly fun to drive as well. The spillover benefit of the increasing popularity of Japanese automotive collectible is that it’s driving new enthusiasts into the car culture in general, amidst an era when a growing number of people are electing not to purchase personal vehicles.

The Fast and Furious film franchise, in conjunction with manga and anime popularity in the early 2000s, propelled Japanese cars to the status of “forbidden fruit,” because many of the performance variants simply weren’t available in the American market. It was illegal to import cars from Japan because they didn’t pass stringent U.S. safety regulations, and the U.S. Customs department routinely crushed cars that were imported illegally, much to the chagrin of the enthusiast community.

A 1994 Toyota Supra Custom seen in the “The Fast and the Furious” film.  Photo by Peter Brooker/Shutterstock.

Now the import laws have changed—any car from 25 years ago or older is eligible to be imported into the United States—and the market has noticed. Japanese Classics, a small company in Richmond, Va., is bringing to American garages what has, until recently, only appeared on American soil in video games—examples like the Nissan Skyline R32. The business model is simple. The company operates like any dealership would, but instead of sourcing the cars from manufacturers, they simply scour Japan for examples that answer the growing demand Stateside. Dan Weinberger, the general manager, says sales have consistently doubled year over year at Japanese Classics. As a former sales manager at a local BMW dealership, he saw one car in the BMW line appreciate since his time working there—the M1. The small sports car sold above sticker in many dealerships, but every other model in the BMW lineup experienced significant depreciation. Japanese Classics, on the other hand, only sells models that bring in an average of a 10- to 40-percent return on investment. Approximately five years ago, the price of a mid-range R32 Skyline (manufactured from 1989 through1994) was roughly $10,500. Now it trades at $15,500 on average, according to Weinberger. He adds that the reason the cars are picking up steam is because collectors “don’t have to put them in a museum. They can actually drive and enjoy them at this price point.”

A 1992 Honda Prelude.  Photo: Courtesy of Bring a Trailer.

Japan’s vehicles from the 1960s and 1970s tend to have rust issues because the metal used wasn’t of high quality, but by subsequent decades the cars were incredibly well-engineered and utilized materials equivalent to their European counterparts. In fact, the period between the ‘80s and ‘90s is often considered by collectors to be the Golden Age of Japanese automotive engineering, and its cars are now considered classics. During this era, Japanese manufacturers had solidified their own unique style and design language, and all had set their sights squarely on producing machines that could outperform sports cars from the U.S. and Europe. Honda was riding high on the release of the NSX, Toyota had the Supra, and Nissan’s R32 Skyline was dominating racetracks. The collective attitude of Japanese marques was that science and technology could solve any problem, and they threw their best engineers into establishing global horsepower superiority.

Ironically it isn’t only the performance cars that experiencing a nostalgia-fueled surge in pricing. Japanese trucks from the same era are now popular not only for building overland rigs, but as collector cars as well. As an answer to Ford’s Bronco and the Jeep, Toyota quietly released the FJ40 Land Cruiser to the American market in 1974. The truck never caught on with the public, but the trucks found their purpose in the mining and farming industries. A 1978 example with 5,000 miles on the clock recently sold for $100,000. The island nation’s automakers had also zeroed in on a specific segment of the market, the compact pickup. While American marques were scaling up trucks to make them bigger and badder, Japanese makers perfected the compact pickup truck, with bulletproof four-cylinder engines and easy to maintain transmissions, a formula that has helped them survive for decades.

Among the light pickup truck category sits the Subaru BRAT, often viewed as the awkward outsider in Subaru’s lineup when released. But like Nonmember pointed out, it’s often the underdogs who tend to later become immortalized through appreciating auction prices. Subaru’s BRAT was certainly an underdog, but considering its origin story, it’s no surprise the truck was so odd—and now, expensive. A 2500-mile example recently sold for $46,198 at auction. In the early ‘60s, Europeans sought to combat the US “dumping” of chicken in the European market by heavily taxing U.S.-produced chicken. The U.S. was exporting chicken to the continent at well below the European market rate and the continent was having none of it, imposing heavy taxes on the product in return. Lyndon B. Johnson responded with punitive taxes on imported potato starch, dextrin, brandy, and light trucks. Subaru found a crafty way around this tax by bolting plastic jump seats into the bed of the BRAT, changing the classification from light truck to passenger vehicle.

Subaru’s BRAT, an automotive underdog when released.  Photo: Courtesy of Bring a Trailer.

The BRAT has always been appreciated by a niche group, but it recently solidified its status as a cult classic. Ironically, the first owner of the BRAT that recently sold had offered it at one point to Subaru North America for their museum collection, but Subaru declined on account of the car’s high price at the time.

Dominick Infante, the director of corporate communications for Subaru, says that even the Baja, a spiritual successor to the BRAT, has become somewhat of a modern classic. The car was received with mixed reviews when it came out in 2002, but the customers who did buy them were incredibly satisfied. The model came with all the benefits of a pick-up truck but none of the hassle. Now a number of enthusiast communities, namely the surfers, have adopted the conveyance for its supreme functionality, and prices have been steadily climbing. Most Bajas were left to die, but remaining examples that were well cared for fetch prices just south of the original sticker.

Infante also notes that the Subaru SVX might be the next car to experience a massive surge in value. Why? “Guigiaro design, and they look totally out of this world,” he states. The SVX was far ahead of its time, but a massive commercial failure. The ideology and technology the car represented just weren’t the right fit for the brand in the early ‘90s. The car was sold as a luxury tourer powered by a flat-six engine (the Porsche 911 was the only other commercially successful car to use a flat-six at the time). It features a strange window-in-a-window design and a sticker price roughly $10,000 more than anything else the brand sold.

And that makes it exactly the kind of car collectors long for 25 years later. Infante adds that there simply weren’t many made, and a lot of the 14,000 examples sold in the U.S. were eventually sent to the scrapyard. The remaining ones, however, are finding their market a quarter century after their release.

Concours comprising only Japanese cars are cropping up all over the country, indicating a strong and growing group of devotees. The first Japanese Automotive Invitational was held at Monterey Car Week last year with 43 examples of the nation’s finest four-wheelers on display.

This year, auctions related to the Amelia Island concours saw a number of Japanese sports cars sold alongside the likes of Ferraris, Porsches, and Mercedes. Along with the $173,600 Supra sold by RM Sotheby’s, a Nissan Skyline 2000 GT-R crossed the block through Bonhams for $130,000. Just more evidence that a new day has dawned for classic cars from the Land of the Rising Sun.