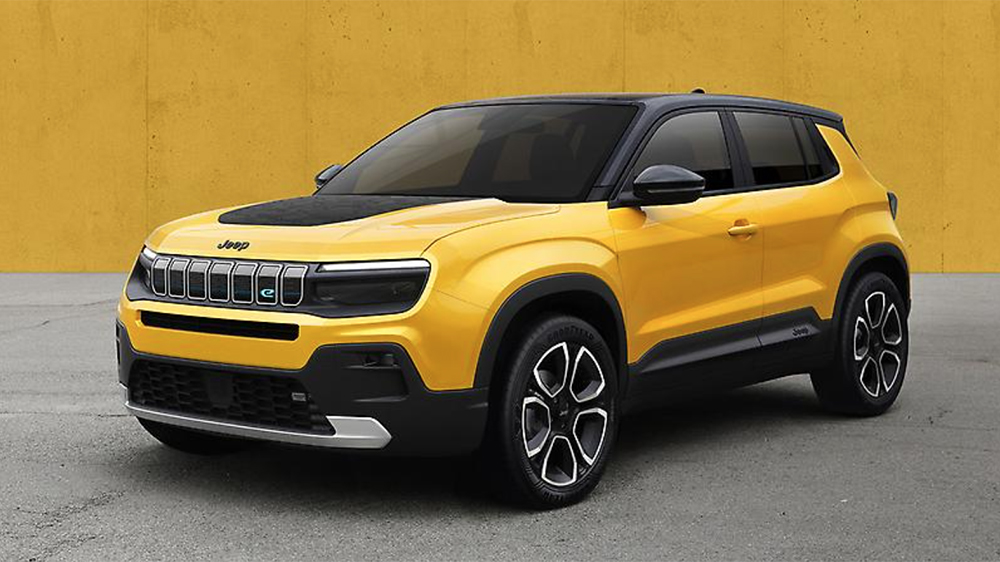 Jeep shared the first images of its debut series production EV at a press event on Tuesday. The SUV, which currently does not yet have a name, will be here soon, too. Parent company Stellantis said it hopes to launch the vehicle next year.

As exciting as Jeep’s first EV may be, some brand loyalists will surely be disappointed that the SUV is not based on the Grand Cherokee or Wrangler. Unfortunately, the company’s first battery-powered offering looks quite similar to the brand’s compact crossover, the Compass. The only real differences we can spot are more protective cladding and a faux grille with what looks like an illuminated “e” on it. It’s not the first design that leaps to mind when you think of the 77-year-old brand, but perhaps that’s the point.

Beyond its exterior, the only other thing we know about the marque’s first EV is that it will arrive in early 2023. The unnamed vehicle isn’t the only battery-powered Jeep to look forward to, though. The all-electric Wrangler is expected to follow in 2024. The brand, which already sells several plug-in hybrid models, announced last summer that it plans to sell “zero-emission” versions of all its vehicles by 2025. Though no specific models have been confirmed, that would suggest that a Rubicon EV is also on the way.

Jeep sister company Ram, also teased its first EVs, the ProMaster EV and battery-powered Ram 1500. The van will be released in 2023, after Jeep’s first EV. Meanwhile, the Ram 1500 is set to launch in 2024. Stellantis brand Dodge also has its first electric muscle car due that year.

A teaser image of the battery-powered Ram 1500  Ram

Stellantis acknowledged that it’s late to the electric truck party but claimed that its first battery-powered pickup will beat the competition in terms of range, charge times, towing and payload, according to Car and Driver. Neither Stellants or Ram offered information about the truck’s rumored range extender, but they did share a more revealing images of the vehicle.

The electric revolution has been underway for a while now. It appears that Jeep has finally accepted it.