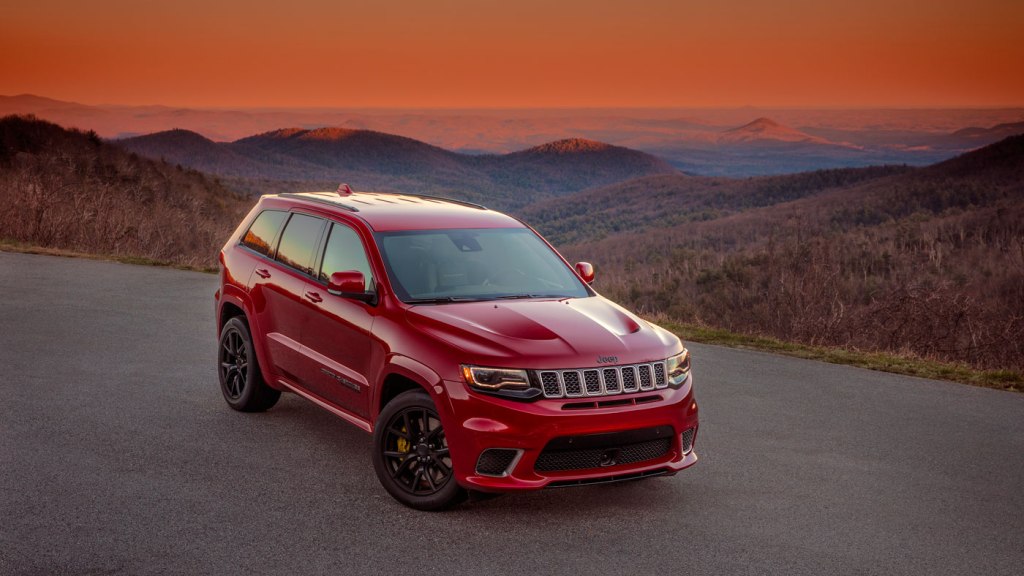 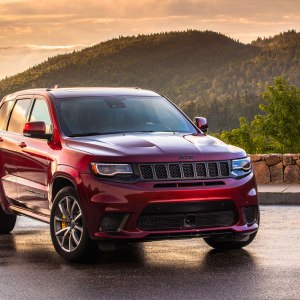 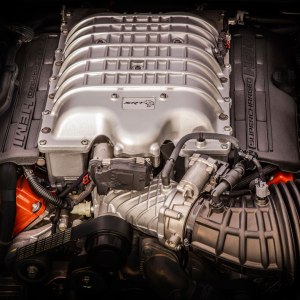 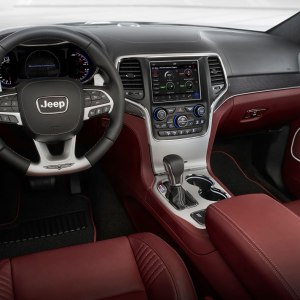 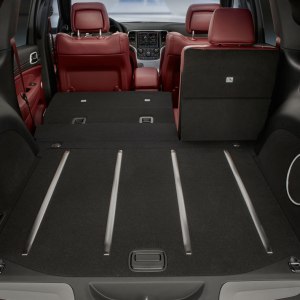 Choosing the right vehicle for a road trip is part science, part art. You might start by considering the overall distance and number of passengers, and then consider factors like gas mileage and total cargo space. And then, like me, you might throw all of that out and just go with your gut. Which is how I found myself in the great American Southwest with the Jeep Grand Cherokee Trackhawk.

The Grand Cherokee is a fine model, but too plentiful to be special. It’s that final appellation in this variant’s name—Trackhawk—that clues the speed-loving cognoscenti to its uniqueness. The folks at Jeep took their trusty SUV and planted Dodge’s 6.2 liter supercharged V-8 inside—the very same engine found in the fearsome Dodge Challenger Hellcat.

This gives the rather Clark Kent–like Grand Cherokee superpowers, to the tune of 707 hp, 645 ft lbs of torque, and a top speed of 180 mph. It is special enough to have garnered a spot in the 2018 Robb Report SUV of the Year competition. While it didn’t win, it has 107 more horses than the winning Bentley Bentayga, the next most powerful SUV in the contest.

Five dynamic driving modes include one for towing and another for snow.  Photo: Courtesy Jeep.

Specifications are one thing, but the real measure of a vehicle is proved over miles: Many, many miles. In this case, the Trackhawk began its trip in Denver and roamed hundreds of miles afield, tackling snowy mountains, gravel trails, and long stretches of arid highway.

Late winter and early spring are particularly tricky in the Southwest. Depending on altitude and the vagaries of the weather, you might begin your day in the desert, and end up in snow drifts. I needed a vehicle with high ground clearance, capable tires, and the ability to chomp through freeways at speed. Plus, most importantly, I wanted something fun.

And so I found myself driving down an otherwise empty, almost totally straight line of asphalt. No matter how deeply I pushed on the accelerator, the horizon pushed away further in the distance, a zero-sum game. The songs on the satellite radio bored me, so I shut it off. I was running Waze, Google’s navigation and alert software. It hadn’t given me any kind of alert in hours. It’s times like these that great power taunts you. Seven hundred and seven horsepower, meet an empty road.

The supercharged V-8 was developed by the Street and Racing Technology (SRT) division at Fiat Chrysler Automobiles.  Photo: Courtesy Jeep.

It’s amazing how the endless horizon suddenly seemed more finite, snapping into focus as mountains appeared and then grew larger. The great clashing noise of the Trackhawk’s big, American-made motor sounded symphonic, more pleasing than anything on the satellite radio. Let’s just say that I covered some ground.

One of the most amazing elements about the modern high-power car is its ability to maintain a civilized composure at low speeds. The Trackhawk is no exception, as I discovered while pulling into a small town at a grandmotherly pace. I needed gas. “Where’s the closest station?” was a common question on the trip. The downside of this huge, supercharged engine is its unending thirst for petrol. A local police officer was gassing up at the station as well. He didn’t even glance at my vehicle. If I’d been driving any other member of the 700 hp club, say a Lamborghini Aventador S, I would have received a lot more scrutiny.

Eventually I got where I really wanted to go—higher elevation. Outside of the Alps, the Rockies— dotted with colorful towns, and connected by an interlacing network of small roads and picturesque passes—comprise one of the most charming mountain ranges in the world. You could spend weeks driving in southern Colorado alone, passing through posh areas like Telluride and Aspen, and exploring smaller, lesser-known villages.

The Trackhawk’s interior appointments are almost as enhanced as its power train.  Photo: Courtesy Jeep.

After spending a night in a swank mountain lodge, where the valet knew the Jeep was special just from the engine sound (“Say, is this the one with the Hellcat?”), I spent a day meandering backroads and stopping in high-altitude hamlets. Most of them were old mining towns, some doing better tourist business than others. They all retain the character of the Old West, however, and the Jeep fit right in.

Sure enough, I soon found the snow. Big piles of it, coating the secondary roads. The Trackhawk came with Pirelli Scorpion Verde All Season tires which did nicely on curves, but also cut glorious grooves in the white stuff.

I maneuvered the vehicle down a gravel road to a lookout over a mountainside. I stepped out into the snow and trudged to the edge. The world opened in front of me, a massive bowl of white giving way to green in the distance, Colorado in all of its glory. The Jeep had brought me here. And it was fun. I’d chosen well after all.