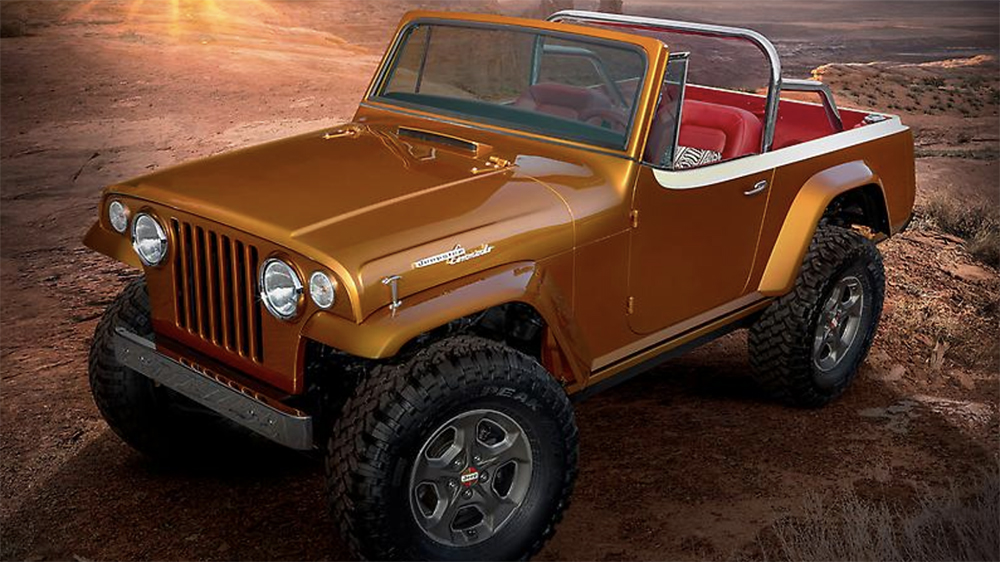 Concept vehicles are usually about one thing and one thing only: the future. Thankfully, Jeep decided to go against that grain with its latest prototype, and the results look sublime.

In preparation for its upcoming Easter Jeep Safari brand event in Moab, Utah, next month, the off-road specialist has just unveiled the Jeepster Beach. The open-top 4×4 concept takes the mill from the 2020 Wrangler Rubicon and drops it into the body of an old-school, ’60s-era Jeepster Commando.

Built between 1966 and 1973, the original Jeepster Commando was a utility vehicle meant to compete with the likes of the Ford Bronco and Toyota Land Cruiser. Available as a pickup, wagon, convertible and roadster, the vehicle wasn’t able to sustain its initial popularity though it has attained cult status in the decades since being discontinued.

The Jeepster Beach is based on the 1968 convertible variant (C-101) of the vehicle but features a modernized body with softer lines that give it a more athletic shape. This is finished in a head-turning Hazy IPA bronze offset by a clever strip of Zinc Oxide white along the top lip of the cab. And because it’s a Jeep, it rides on a set of chunky, 35-inch all-terrain tires.

Open up the concept’s low-slung doors and you’ll find that the interior is not that different from the original vehicle. There are two rows of low-back bucket seats, all of which are covered in bold red leather. The dash has been given a modern-makeover, and features a digital gauge cluster and a large infotainment touch screen from which you can look up direction and select entertainment options.

Inside the Jeepster Beach  Jeep

Underneath the hood is where you’ll find the biggest difference between the two Jeepsters. The Beach is powered by a 2.0-liter turbocharged four-cylinder engine just like the one you’ll find in the 2020 Rubicon. The high-tech mill is mated to an eight-speed automatic transmission and has been specially tuned so that it now delivers 340 horses and 369 ft lbs of twist, both increases of 25 percent. That should be more than enough to cut through the sand with ease.

Sadly, there’s no sign that Jeep’s rebooted Jeepster concept is anything more than a one off. Still, with winter over and summer out there on the horizon, one can dream.